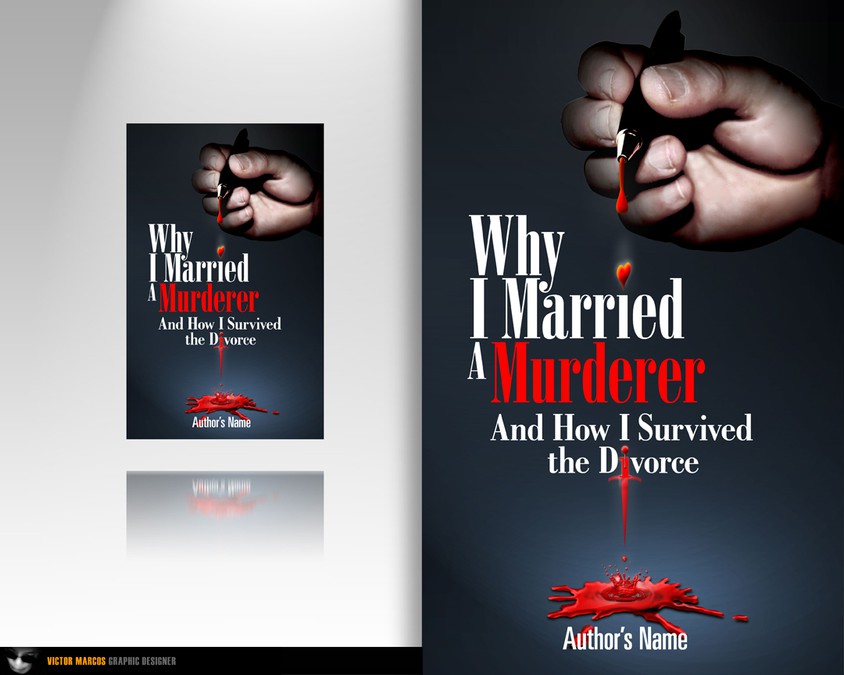 book or magazine cover for Why I Married a Murderer...and How I Survived the Divorce 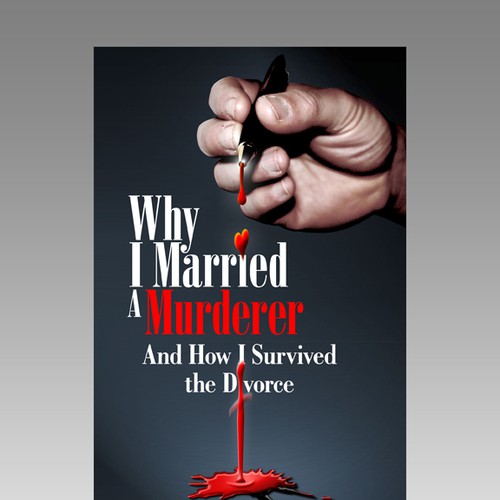 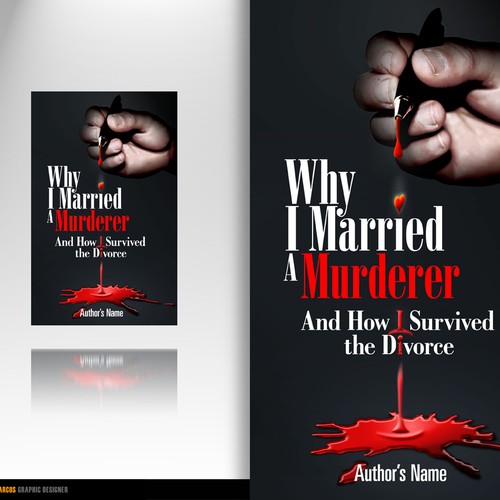 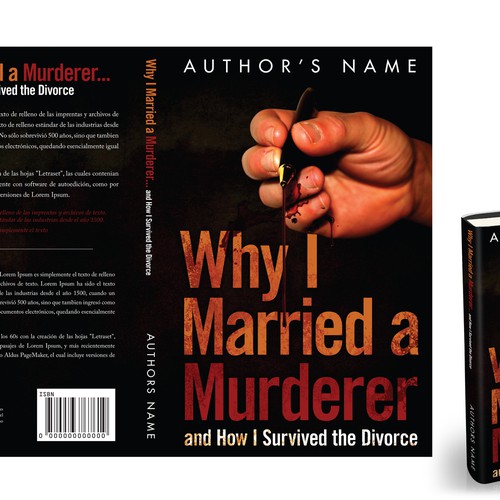 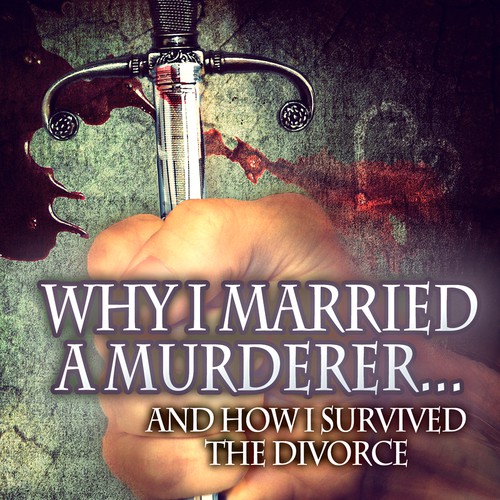 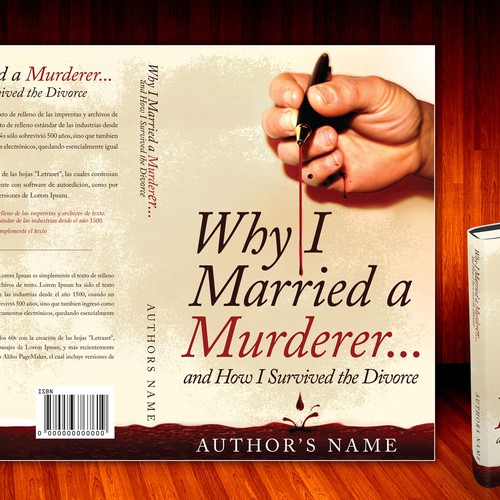 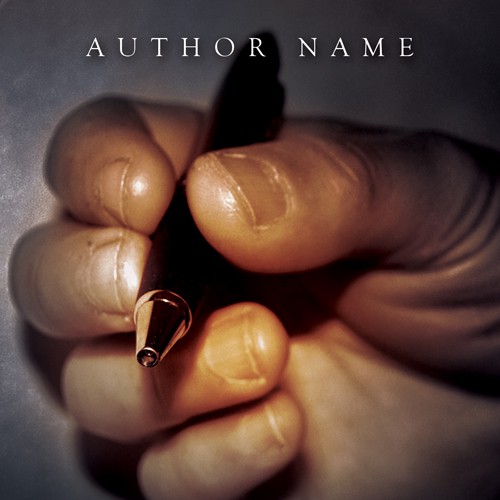 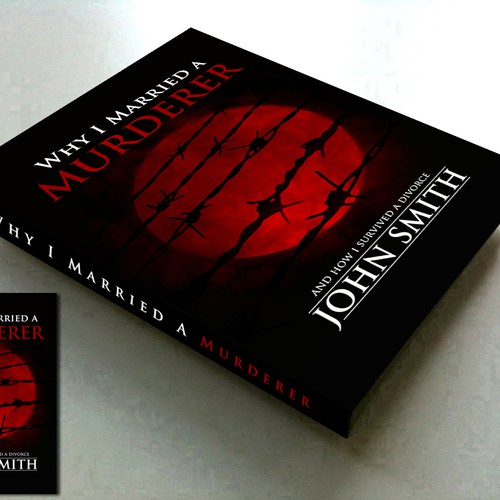 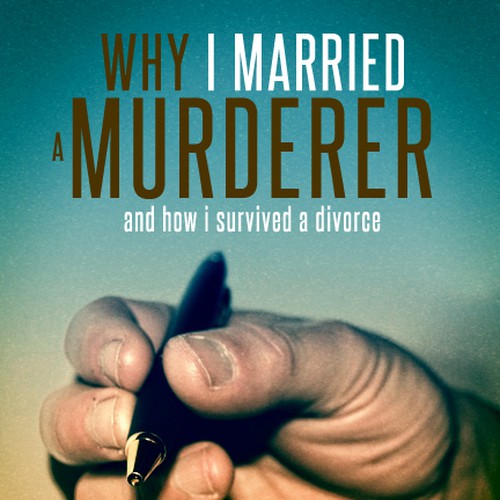 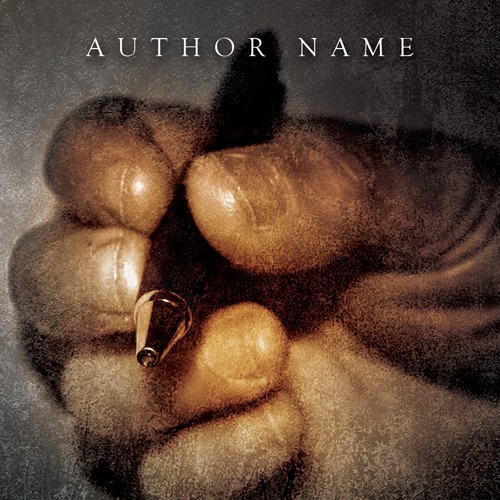 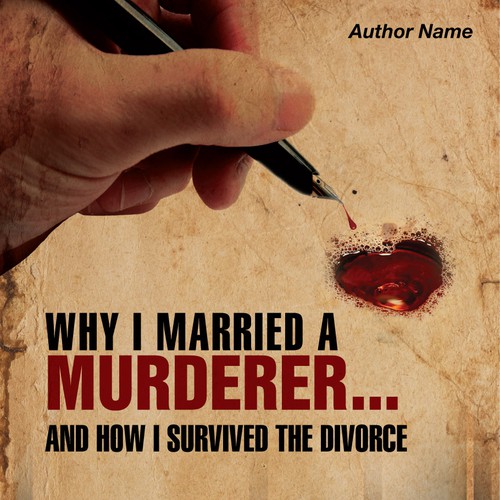 Why I Married a Murderer...and How I Survived the Divorce

A memoir of the men in my life who made me the woman I am today. However, the main focus is what on earth would possess a smart girl to marry a man in prison, how she fought to get him out early, the mind games he played with her heart, and how she lived thru the emotional hell of the divorce only to realize that just because a man is not a criminal, that doesn't mean he still can't be an asshole and break your heart.

Idea #1:
Art done similar to this (or like many books out there right now including 50 Shades, etc)
http://www.amazon.com/Rayven-Skyy-P…DYXT5S/ref

Image would be pen laying almost laterally, held delicately by a man's strong hand but gentle grip, NOT like he is using it as a stabbing instrument, but NOT like he is writing with it either.. almost half between that he could go either way in a split second.

The pen is dripping red ink that looks like blood but at first its coming out forming little hearts, but as it streams to the puddle/pool below, the hearts turn into daggers. The transition from hearts to daggers would have to be subtle... but noticeable.

The two things that should catch my eye (I would think) would be the silvery tip to the pen that would make it look sharp even tho its not, and the somewhat large pool of ink/blood on the bottom (I may want to use the bottom of the pool to frame a subtitle, my name as the author, etc.. )

Idea #2:
On right side there are just enough jail cel bars to show an arm extending thru the bars holding out an engagement ring (like he is proposing thru the bars).
On the left side is me, either a photo or a character drawing of me similar to the one of me at http://www.teresastales.com where I am holding a torch.
However, in this drawing, I would look confident, yet skeptical, curious, yet hesitant... maybe with arms folded and foot out like I am saying "give me one reason why I should". yet I have that look like I already know I will, I am just playing hard to get.

In this image, it should basically BE the hook that draws the reader in to find out what he said/did to convince me to marry him.

NOTE: The 1 Page Ad - Cover file is working copy cover. The characters on cover are same type characters that are the chapter headings. I don't really want this type of 'cute' on the cover, but I can't have something dark and diabolical on the cover either when the inside is light, humorous with a sprinkle of evil mind games.

Start nu je wedstrijd
APP logo about a secret romance
EUR 359
The aim is to create a picture for a mobile application of the same name. This application will bring closer 2 people th
118
entries
34
Designer
Create a logo that gets people excited about socializing!
299 $
ReConnect is a mobile app that helps users enjoy their offline lives. It has features that will do things like monitor h
35
entries
20
Designer
Design a logo for former model launching her dating and relationship coaching business
US$ 359
I am a dating and relationship coach. I focus on helping women, in a non-judgmental way, to find ways to love themselves
117
entries
18
designers
Great looking YouTube Banner
MXN 5’699
I´m a Relationship Coach for Men and the author of Open Her. My audience are men who want feel more powerful, and to b
48
entries
15
designer
Escort Logo
239 £GB
123
entries
21
designer graphistes
The Terrorist Within a Thriller
EUR 359
Age range 25 plus. Generally male. English speaking white population
41
entries
23
diseñadores
Kom meer te weten over boekomslag of tijdschrift cover ontwerpen
Bekijk hoe het werkt