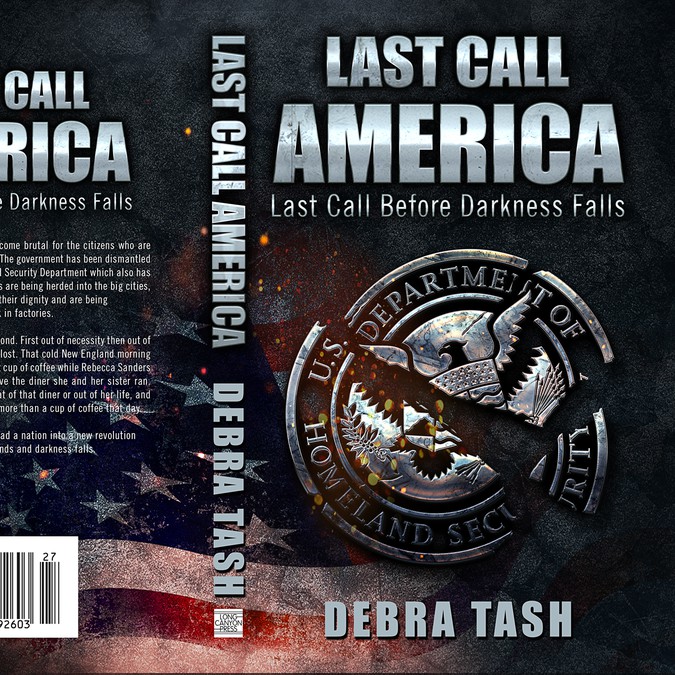 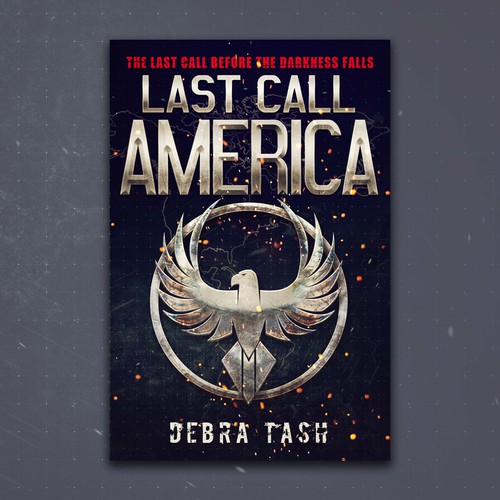 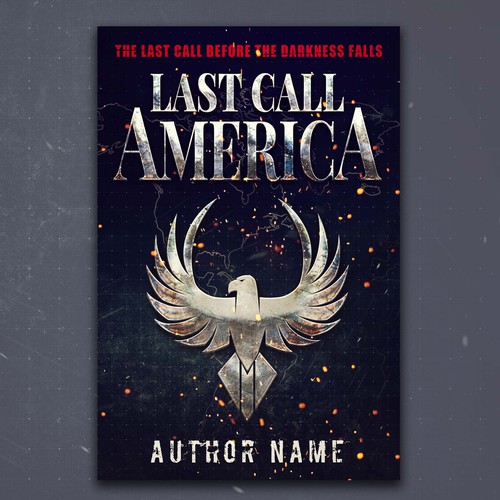 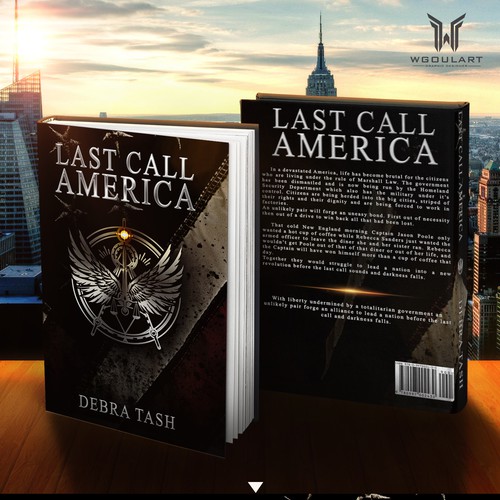 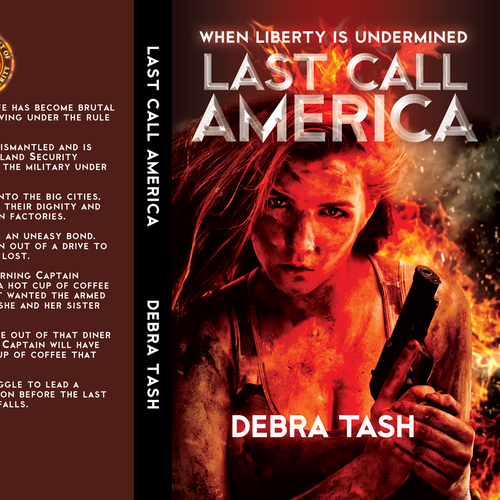 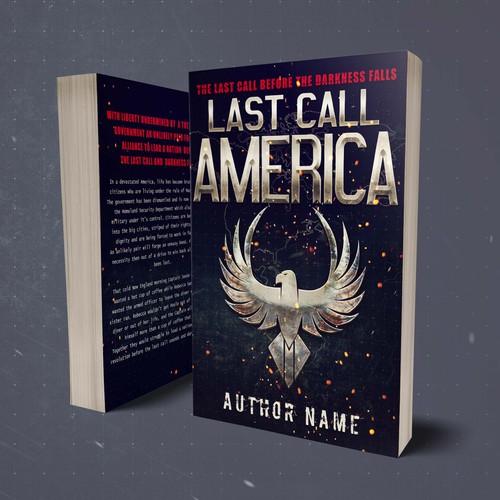 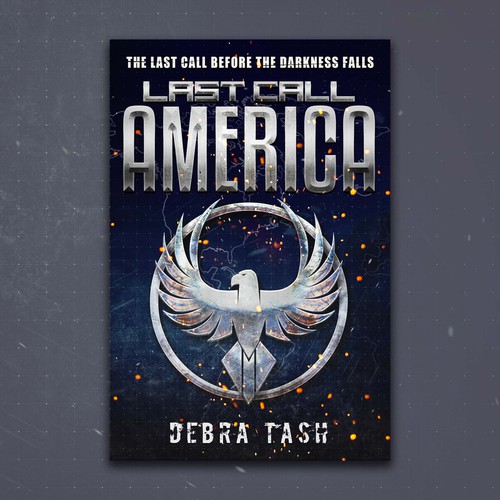 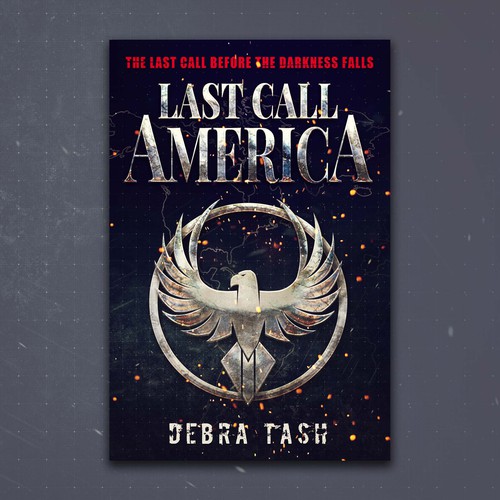 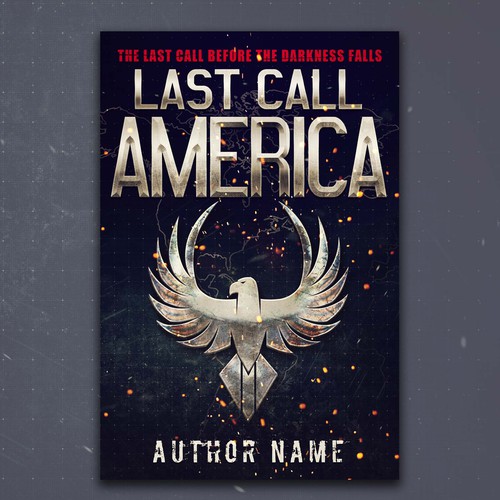 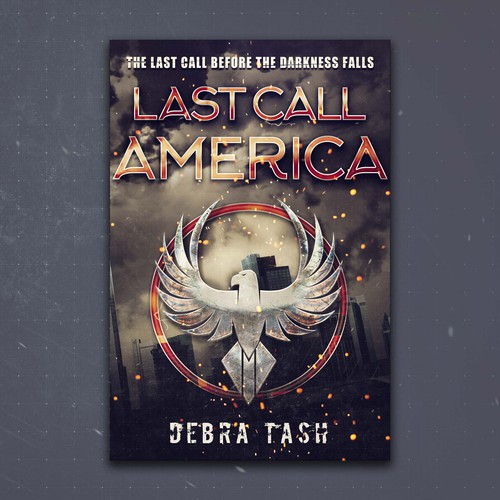 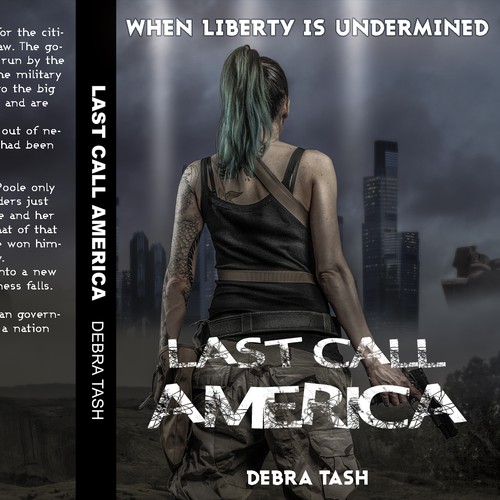 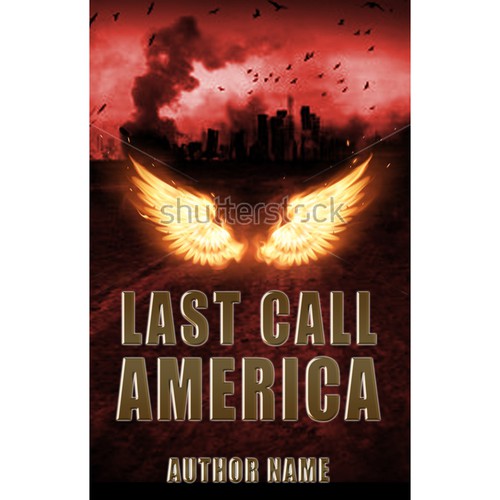 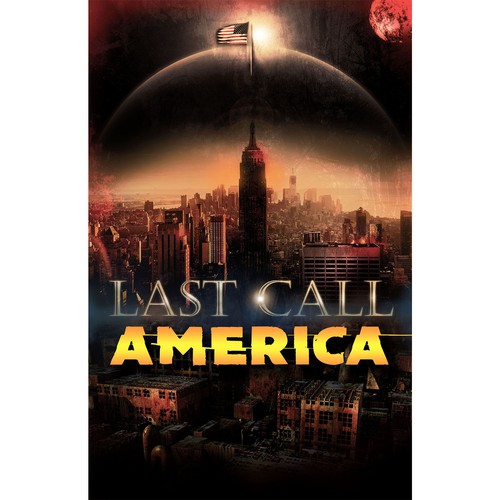 We need help creating a modern, fresh, eye-catching book cover. Please read the below synopsis so you have an idea of what the story is about before proceeding. This is a series of 3 books starting with “Hardship”, “Revolution” and “Siege”. So it would be 3 stand-alone designs or one iconic image that is stamped on all 3 books think the Mocking jay from the Hunger Games books.

We’d like to see some colorful iconic designs in the vein of the Hunger Games books, the Maze Runner series, Divergent, Girl with the dragon tattoo series.

Think if Shepherd Fairy was designing a book cover. It should be eerie & creepy but yet intriguing that the reader wants to know what is happening to America.
Feel free to come up with your own ideas but we’d also like some designs that incorporate symbols using the seal of the U.S. Government but altered in an alarming way, the Homeland Security logo altered, American Flag altered, the capital building or any other iconic imagery in our nation’s history, counter culture type designs.

Also please think about symbols used throughout history by other governments that were very powerful, example the sickle and hammer from Russia, the Nazi symbol from Germany, and the current imagery used in American politics, like the circle imagery on the Obama Hope poster.
Thank you!

In a devastated America, life has become brutal for the citizens who are living under the rule of Marshall Law. The government has been dismantled and is now being run by the Homeland Security Department which also has the military under it’s control. Citizens are being herded into the big cities, striped of their rights and their dignity and are being forced to work in factories.
An unlikely pair will forge an uneasy bond. First out of necessity then out of a drive to win back all that had been lost.

That cold New England morning Captain Jason Poole only wanted a hot cup of coffee while Rebecca Sanders just wanted the armed officer to leave the diner she and her sister ran. Rebecca wouldn’t get Poole out of that of that diner or out of her life, and the Captain will have won himself more than a cup of coffee that day.
Together they would struggle to lead a nation into a new revolution before the last call sounds and darkness falls.

Tag Line: With liberty undermined by a totalitarian government an unlikely pair forge an alliance to lead a nation before the last call and darkness falls.

Start nu je wedstrijd
Create a Book Cover for Young Adult Science Fiction Novel
299 $US
I need a cover for Evolve, a young adult science fiction novel.
43
entries
12
designer graphistes
Create a feel good book cover for a summer crime comedy at a lake
€ 500
I am a German writer. This will be my first self-published book. I'd like the readers to feel good and happy.
97
entries
28
designers
Enticing Front Cover for Book on 52 Weeks of Random Challenges
$ 299
105
entries
24
Designer
Create a sleek, exciting cover for the spy novel Tokyo Black
$299
I write fast paced spy novels that focus on adventure, troubled characters, and exotic locations....
54
entries
14
designers
RESTYLE MY BOOK COVER INTO A BEST SELLER'S ONE !
€279
It's a tale about personal growth written through the eyes of a child. Inspiring book to learn how to create our dre...
156
entries
29
designers
Create magnetic ancient Egypt Anubis Book Cover + Company Logo
€459
We are a start-up publishing house - www.murannah.house with focus on spiritual novels, poetry, ancient Egypt, shaman...
47
entries
15
designers
Kom meer te weten over boekomslag of tijdschrift cover ontwerpen
Bekijk hoe het werkt