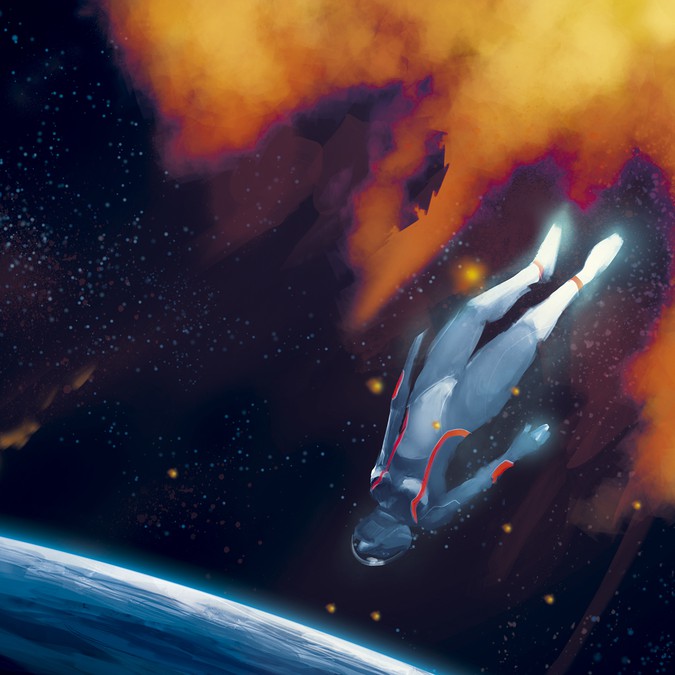 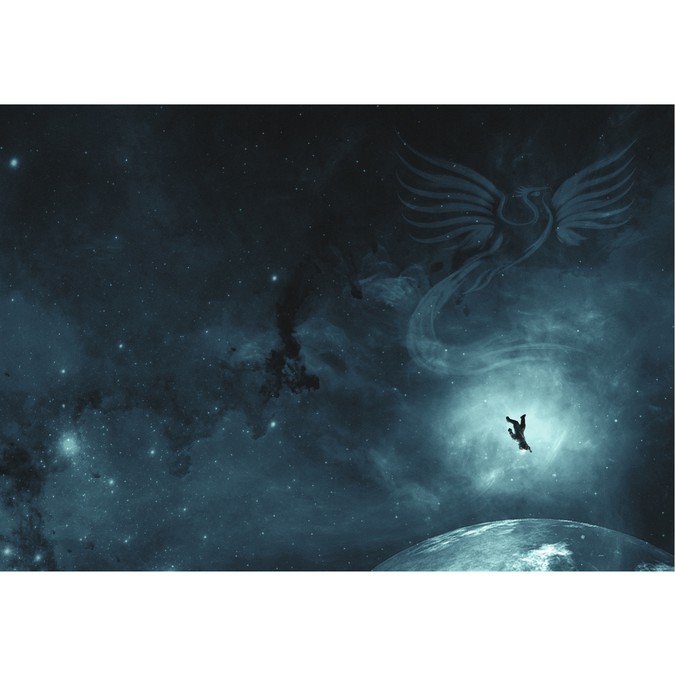 Design a scifi novel cover with elements of Arthurian legend 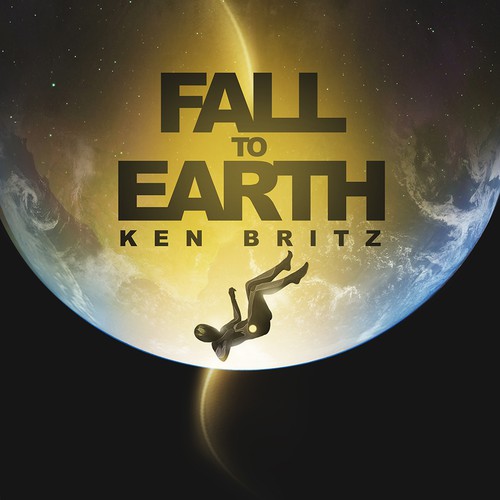 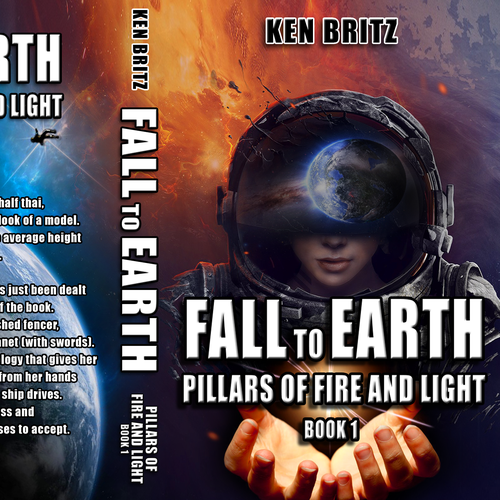 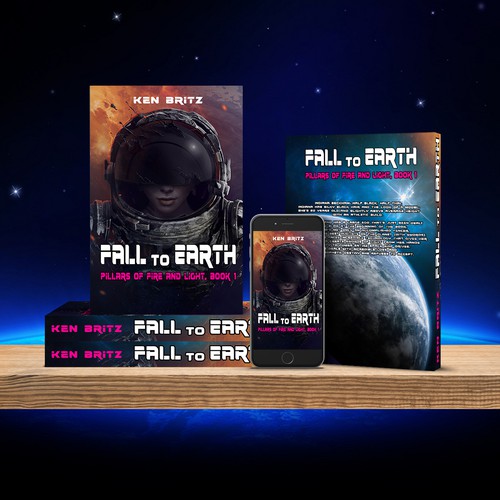 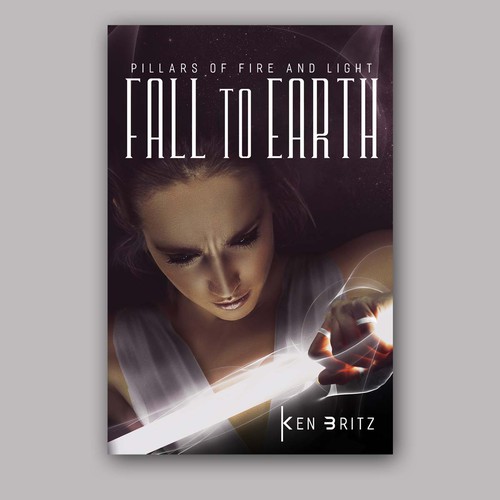 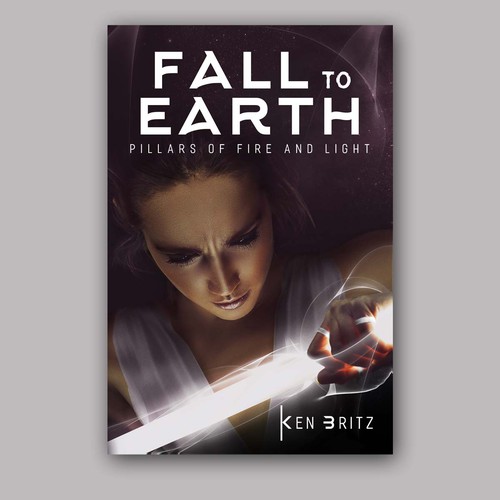 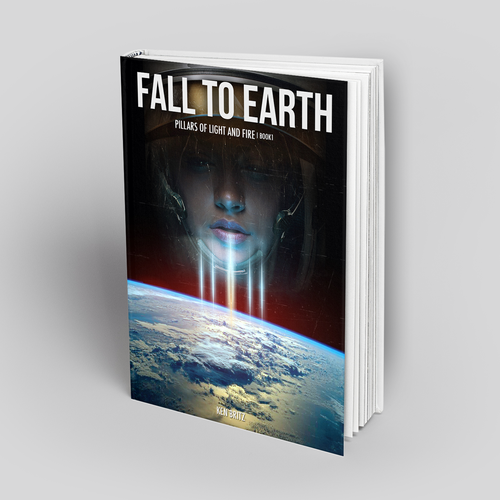 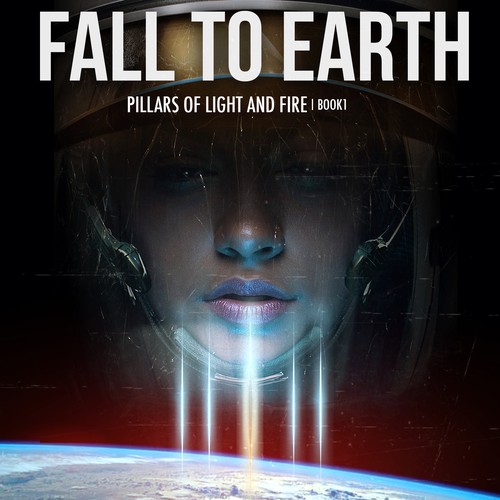 The novel (and subsequent trilogy) is science fiction set in the modern day with elements of the thriller genre and mythology. The target audience is anyone who likes the speculative fiction genre (fantasy and science fiction).

Front, back, and spine of a cover for a science fiction book. Below is a summary of the book, followed by specific guidance for the design.

HIGH LEVEL SUMMARY:
Indiana Beckham is the world’s greatest fencer. She just has one problem (several if you count her ego and single-minded focus) — she’s been banned from the Olympic games for doping.
Struggling to find out what’s next in her life, she meets Arthur MacGabran, who brings her into Project Avallach. Creating swords made of pure energy, she jumps headfirst into the unknown. But not all is as it seems. Indiana becomes caught up in a grand scheme that could tear the project apart, and only she can keep Arthur’s vision alive.

DESIGN/STYLE GUIDANCE:
I would like a cover that evokes a sense of mystery and science fiction. It could also bring a sense of falling, distance or indecisiveness/fate.

Science fiction covers typically show a space or setting with a character overlaid, whether in the foreground or distant within the setting to give a sense of expansiveness.

MOTIFS:
Major
- This novel is the first in a trilogy giving a modern spin to the Arthurian legend, and it focuses on a young female fencer who represents the Lancelot archetype.
- Elements of monarchy - the crown, the orb and the sword in this case. I would like these to be very subtly implied, if possible for each novel of the series, with a slight focus on each element. In this novel it will be the sword representing Arthur's strength through Indiana, his Lancelot and most powerful knight. This is a modern story, so I don't want this to be heavily medieval.
- Characters like Indiana wear rings on their hands (index finger, pinky and thumb) that allow them to create swords of light with their hands. The rings glitter when the characters channel power, and their bodies glow (like a sort of halo or nimbus).
- The final scene of the novel involves Indiana falling away from the wreckage of a partly destroyed prototype space shuttle (the forward part is saved by her severing its section from the rest of the ship) and her falling to earth.
- This novel is very much an origin story, so while one story arc is ending, the grander story arc opens up.

Feel free to mix and choose the elements that would work best for you. While a hobby sketch artist, I'm not a designer. I'm looking for the best image to convey and market this novel (with the potential work for the two follow-on novels of the trilogy).

Elements to avoid:
• No high action
• Not whimsical
• Not too abstract

I’ve pinned and notated some images at:
http://pin.it/DPEEPMA

This image, while a portrait close-up, seems evocative to me:
http://www.gettyimages.com/license/485355106
(note, her skin tone is light for Indiana and she's not wearing any of the rings)

Don't take the pose to be what I want for the cover. It could be a back cover (or the entire cover can be wrap around - I'll keep it fluid for you, the designer). It's just a mood or something I like about this that feels a bit like Indiana.

DETAILS:
The cover should have a front, spine, and back. The front should have the title and author’s name, with greater emphasis on the title. Both should be visible in a thumbnail image and the cover recognizable at that size.

Title: Fall To Earth (Pillars of Fire and Light, Book 1)
Author Name: Ken Britz
Spine: Title and author name, emphasis on the title (trilogy subtitle not needed on the spine)

BACK BLURB (not completed at this time)

MAIN CHARACTER DESCRIPTION:
Indiana Beckham: Half black, half thai, Indiana has silky black hair and the look of a model. She's 20 years old and slightly above average height with an athletic build.

She is young and has a large ego that's just been dealt a heavy blow at the beginning of the book. Still, she's not only an accomplished fencer, she's one of the best duelists on the planet (with swords). In the book, she faces incredible technology that gives her the ability to create swords of light from her hands and ability to power entire space ship drives. She deals with incredible loss and faces a prophetic destiny she refuses to accept.