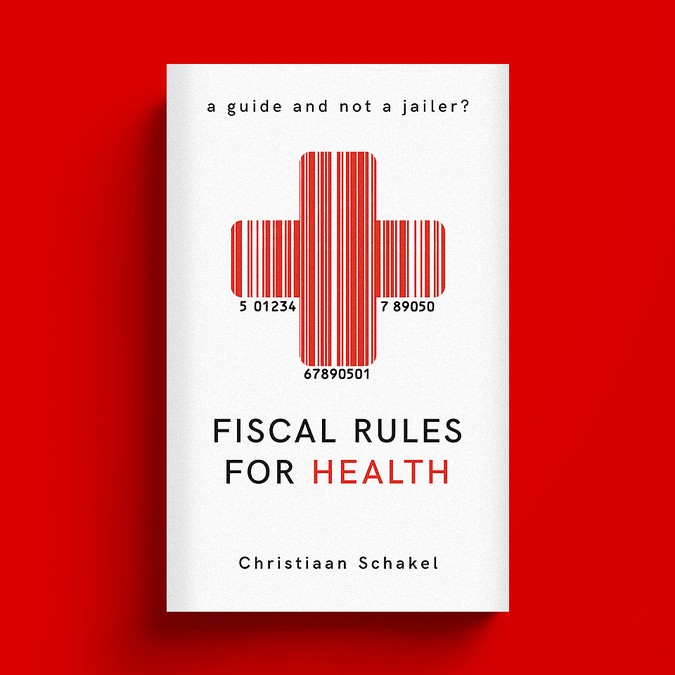 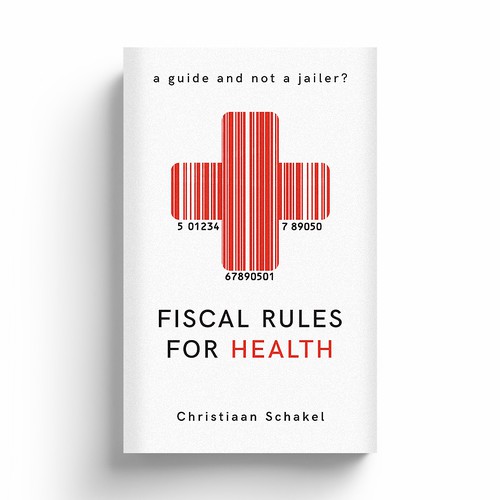 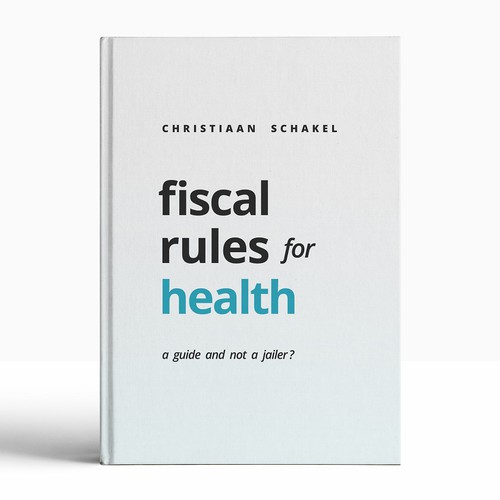 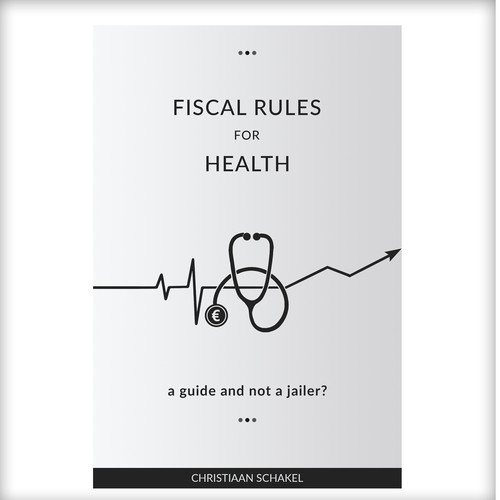 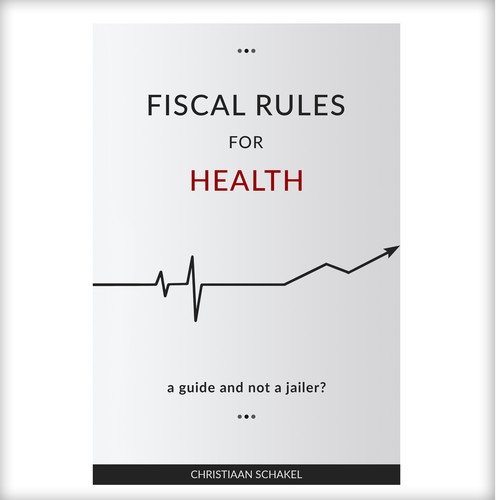 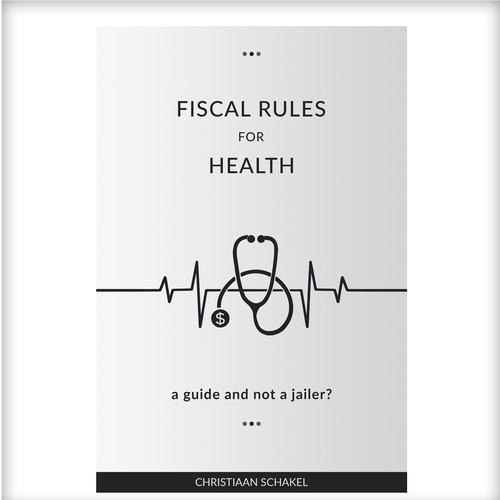 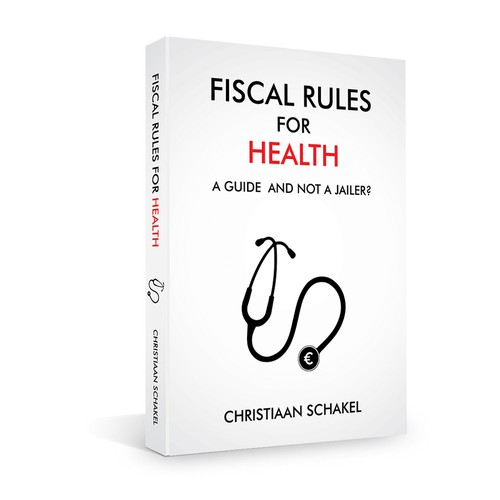 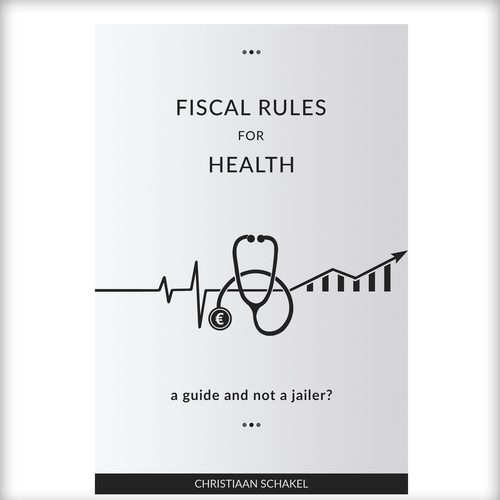 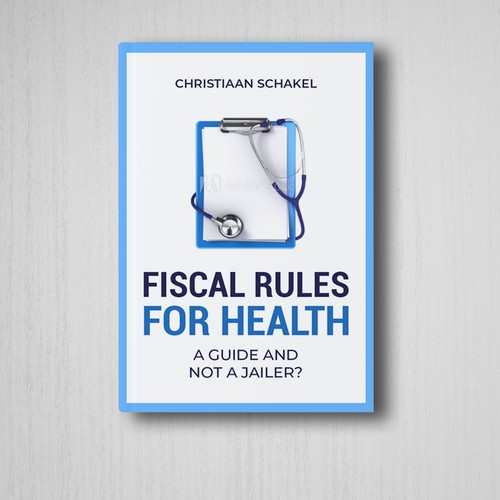 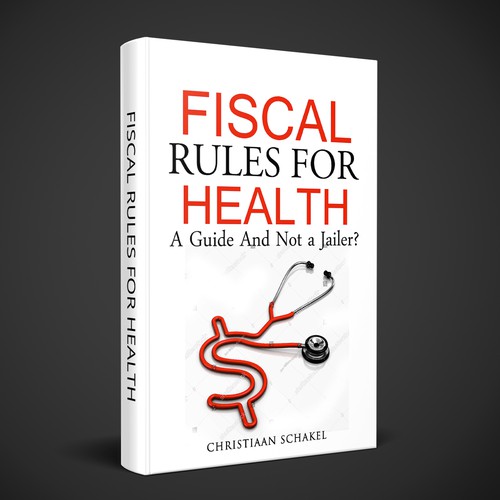 Fiscal rules for health, a guide and not a jailer?

This is my PhD thesis on fiscal rules for health.

I am looking for a cover design of my PhD thesis. The dissertation deals with the inherent tensions between (bureaucratic) fiscal policy on the one hand, and program policy by a health department on the other hand. This could be depicted as two worlds (not literally) that meet on the cover. One world is the world of bureaucrats, strict rules, and cost containment. The other world is the world of doctors, caretakers, indigent, elderly and hospitalized. I would imagine two contrasting colors to emphasize the differences between the two worlds.

There is an inherent tendency to overspend on publicly funded health care, fiscal rules are the instrument to curb the spending at the highest level of decision making. My thesis researches the success of such rules.

I like a sleek and clean design. The thesis will be printed in B5.

I prefer more abstract depictions over literal. No photos.

Shallow Water Romance
749 $
Usually, women between the ages of 18 and 60.
295
entries
78
Designer
Professional cover for a business book
199 $US
Target audience: Male Aged between 20-35 USA People currently working a day job
149
entries
28
designer graphistes
Book cover on belonging for business owners looking for the edge in their marketing
AU$ 399
CEO's, leaders, solopreneurs and experts in their field trying to create greater certainty in their business growth and
110
entries
21
Designer
The Culprit
CAD 529
35 plus cat lovers and fans of true story satirical writing.
168
entries
50
diseñadores
fresh design for amazing adult and young adult book
359 €
adults and young adults
89
entries
25
Designer
Design a striking book cover for "The Man-Butcher Prize" a cutthroat fantasy
£ 629
The target audience for my book is anyone 16+ I feel that the potential fan base might skew slightly male, as the main
150
entries
30
Designer