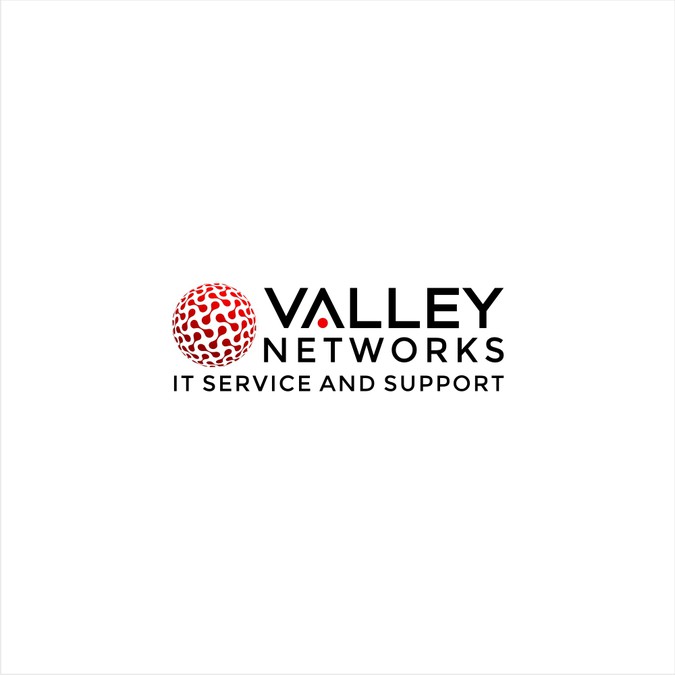 Technology Logo / Winner will do 3 more based on this contest 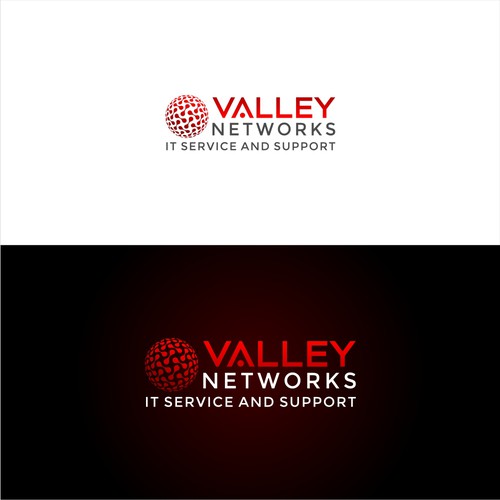 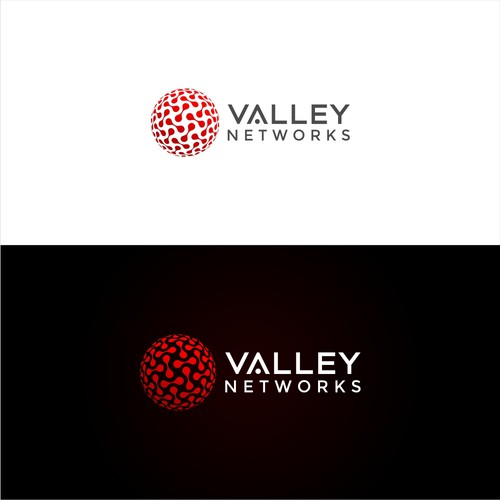 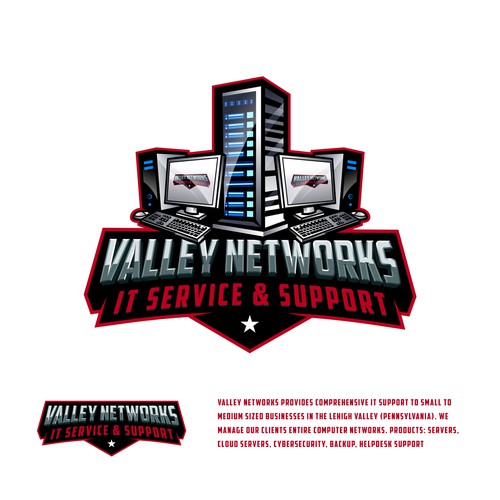 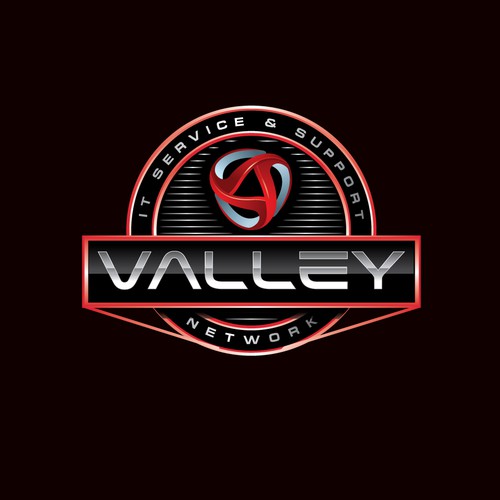 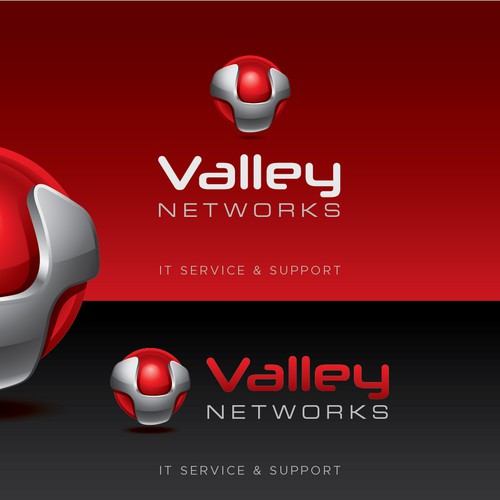 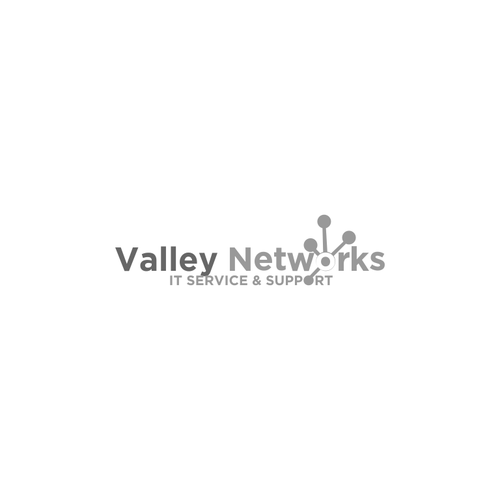 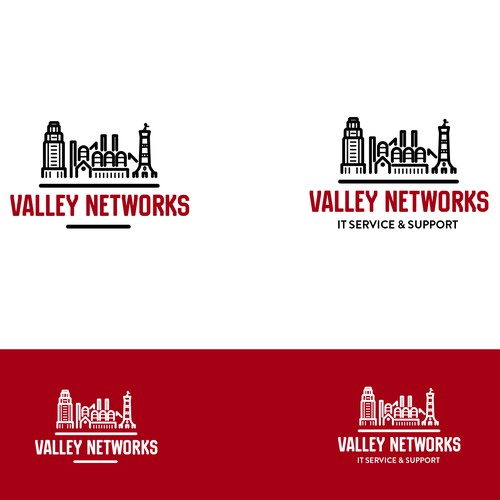 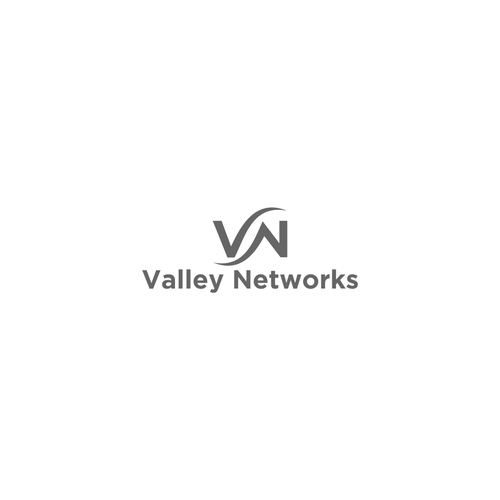 I will be developing offshoot variants of this main logo for our niche markets, so this one logo may wind up being two or three down the road. I already need the second one, actually.

For starters, our logo of six years was red and black (with and without our mascot). While I am not married to those colors, they might be more identifiable to people already familiar to us. Again, not required.

I like Emblem and Combination style logos (as per 99Designs definition). Lettering arrangement can be straight or curved. The logo should convey professionalism, but maybe a little business casual... commercial but not corporate.

I like 3d elements like letters, shadows, etc for a more modern and stylistic look. I like chrome and metallic finishes or touches, too. Thick lines. Outlines. Shading and shadows. 3D or 'raised' elements. Modern, not folksy or traditional.

Since I have dumped the 'skyline' idea, the iconography should be servers, computers, technology. Not a big fan of the 'connected nodes' idea.

The logo should convey thoughts of technology: computers, networks, technology.

Please look at the design inspiration logos above. I keep looking for better examples than these... and can't find any. If your logo idea doesn't have the same general form of those, don't submit it.

EDIT: I have dumped the skyline idea. It's apparent to me now that it can't really be done or I can't describe it accurately enough. Apologies for the false start, I am not a designer and was just tossing an idea out there.

Start nu je wedstrijd
Design a fun and quirky logo for a SaaS startup
€ 269
We are a software-as-a-service company with a product that helps developers keep their code in good order. We don't want
81
entries
44
Designer
Blockchain brand to protect consumer data
A$ 1’599
The Redbelly Network is a blockchain network that provides high speed smart contracts to facilitate people owning and co
181
entries
61
designer
Logo for a nostalgic website
299 USD
A website for computer technical tips & training
90
entries
24
designer
Design an eye catching Signature Solution for an extraordinary IT Services Solutions Business
179 €
"Signature Solution" – These are the phases and steps we take customers to transform from a position at point A to a pos
57
entries
13
diseñadores
Create a powerful logo for web designer
USD 299
website design, photography
44
entries
12
diseñadores
Help a new consultant start a brand
599 $
We sell Microsoft Azure and Dynamics customization, code, and solution services to medium sized businesses and larger co
386
entries
96
Designer
Kom meer te weten over logo & merkidentiteit-pakket ontwerpen
Bekijk hoe het werkt