Create the next button or icon for Bender Social Networking Ltd 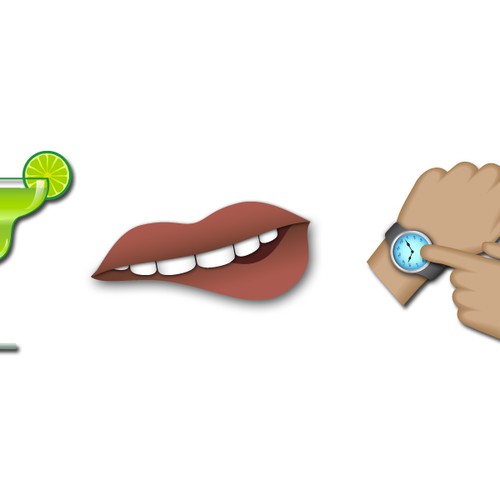 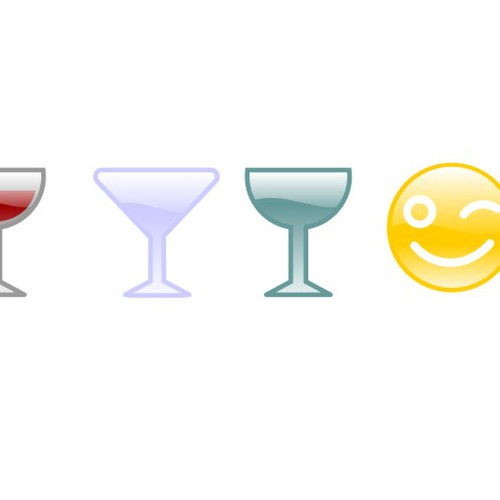 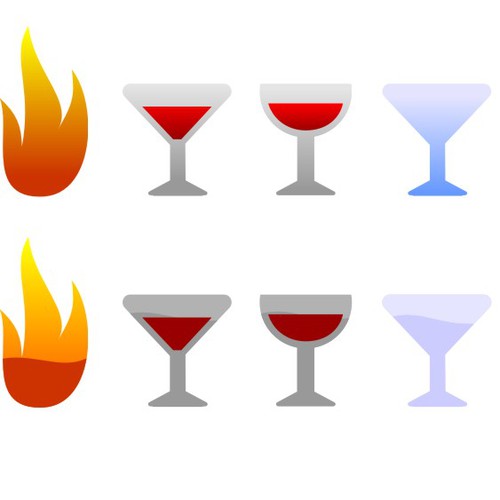 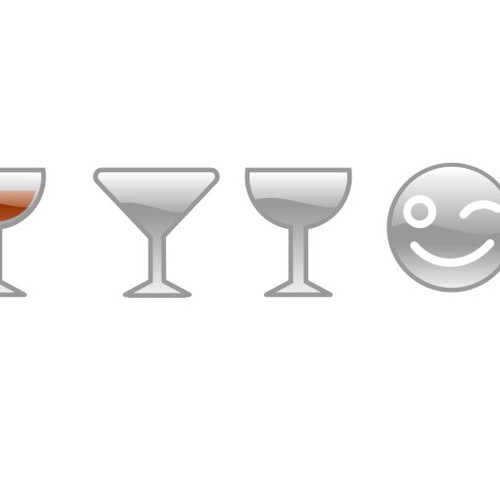 Gay dating app for the iPhone and Android

I need 5 simple icons designed initially, but this will lead to more, and other varied design work.

Users of the app will be able to leave "tracks" for other users. They will view the other persons profile and if they like what they see, hit the "tracks" button then choose from the icons that describe the track. To start with I need:

1. Hot - flame, shows that this person thinks the other user is "hot"
2. Let's meet for a drink - a glass with alcohol or something
3. Wink - a winking face to indicate "I fancy you", doesn't have to be a wink but something that shows this user is interested!
4. Meet later? - (as in, "would you like to meet up later for some fun?) a little man with stopwatch overlaid perhaps ... or tapping his watch? if you have any good ideas for this I'd be very interested
5. Remove track - to delete a previous track you may have left, could also be "clear". I would be happy with any standard "remove", "delete", "clear" symbol for this such as a bin or eraser.

The icons will be 57 x 57px but also need to identifiable when they are very small, 15px x 15px. Anyone who sees them this small will have already seen them large, so the main thing is that they are distinguishable from each other at that size.

The app is designed to be fun and very tongue-in-cheek, hence the name "Bender".

These icons are for the iPhone version, so the look and feel of them should look at home on iPhone. Soon I'll be getting Android versions made which will look different, more flat and matt with no gradients or gloss. I would prefer them to be simple than overly detailed but they must look slick, like the iPhone in general.

Image2 shows where the icons will sit, the one with the white screen and the blue top bar. The white background could be black if that looked better.

I'm not a designer so I can't really describe it better than that!

I've attached three images as a rough guide but these are not the style I'm looking for, just to give you an idea of the concept!! I don't like the "wink" face I've attached, too cartoon like, like a 1990s yahoo messenger emoticon! Yuk!

Start nu je wedstrijd
APP logo about a secret romance
€ 359
The aim is to create a picture for a mobile application of the same name. This application will bring closer 2 people th
118
entries
34
designers
New Dating Platform: Design Landingpage + Questionnaire Elements
EUR 1’499
Hello, we are going to create a dating platform, precisely a landing page for females (hetero und bisexual women) who
44
entries
9
Designer
7FigureDating.com "Logo"
299 $US
Dating Coach for Millionaires. Dating Advice for Millionaires. Men are 85% of my business
296
entries
33
designer graphistes
Design a logo for former model launching her dating and relationship coaching business
359 US$
I am a dating and relationship coach. I focus on helping women, in a non-judgmental way, to find ways to love themselves
117
entries
18
designers
Create an innovative logo for metaphysical love compatibility coach
499 $
My compatibility system uses the palm, astrology, Chinese astrology and quantum physics to help people know and find tru
259
entries
58
Designer
Design a logo for a virtual speed dating site
$ 299
Online speed dating. It's a cross between speed dating and Zoom. You sign up for an event, and we match you with one-o
112
entries
26
Designer
Kom meer te weten over icon design ontwerpen
Bekijk hoe het werkt