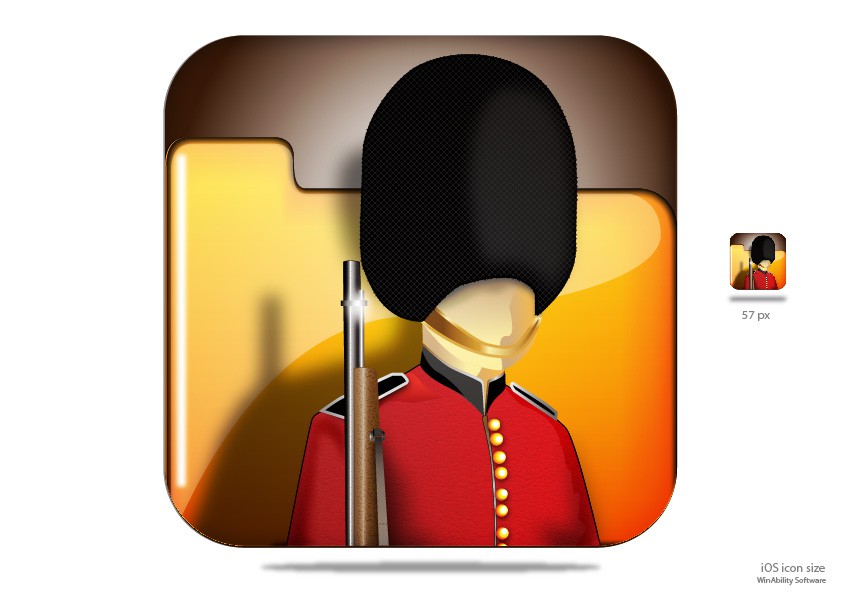 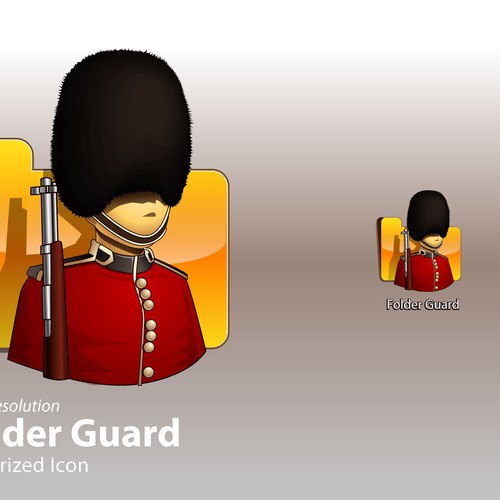 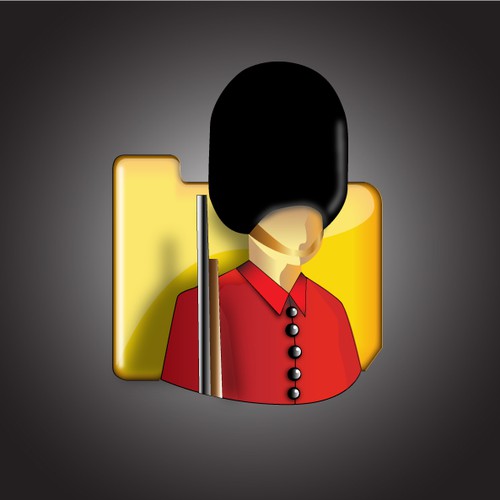 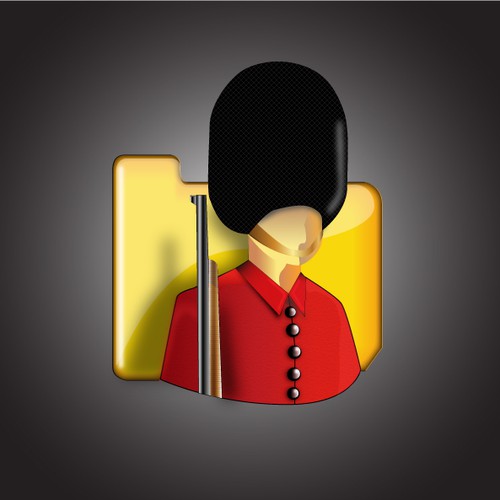 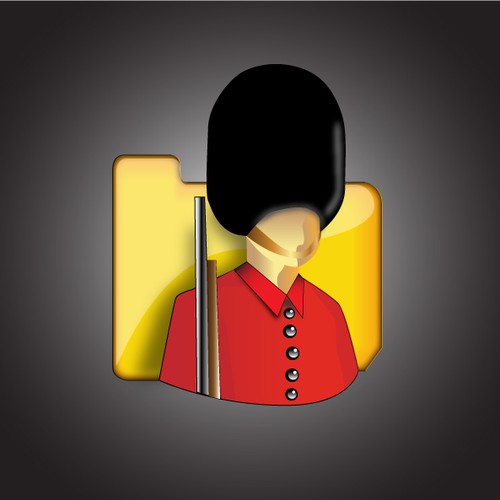 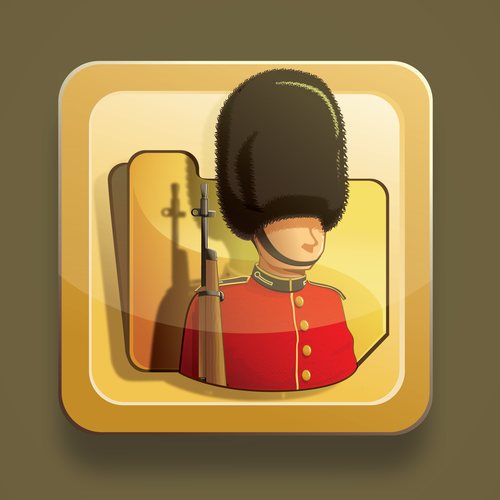 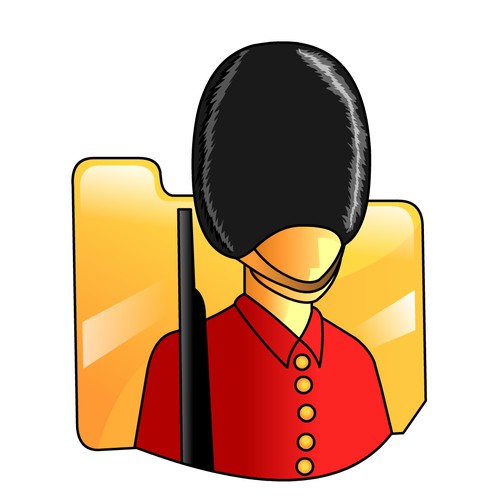 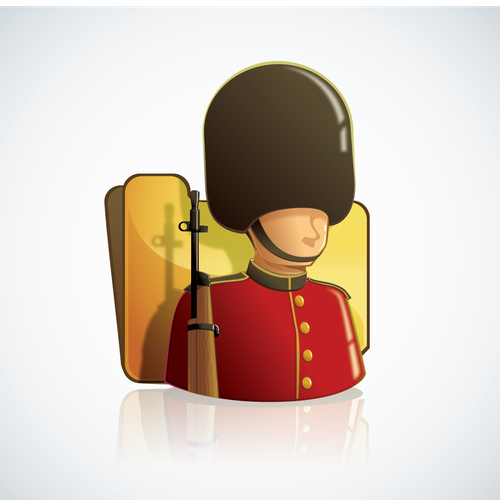 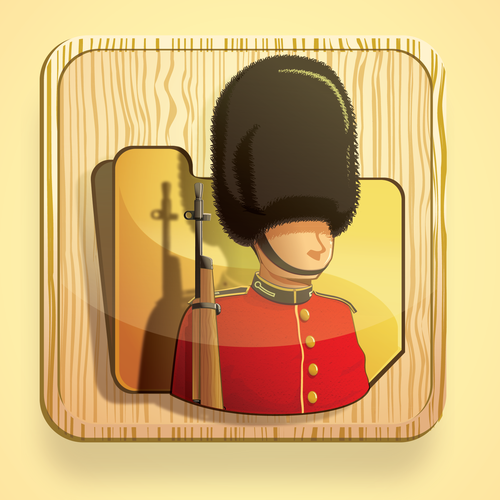 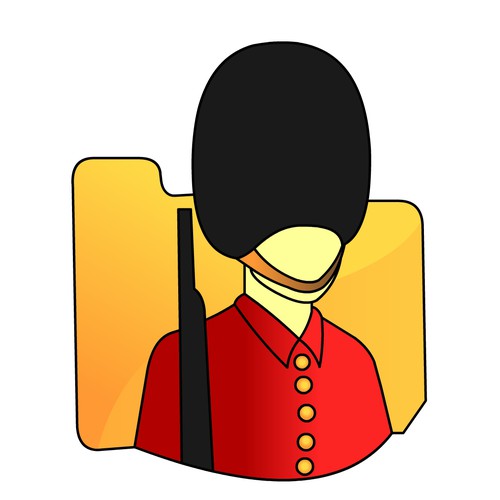 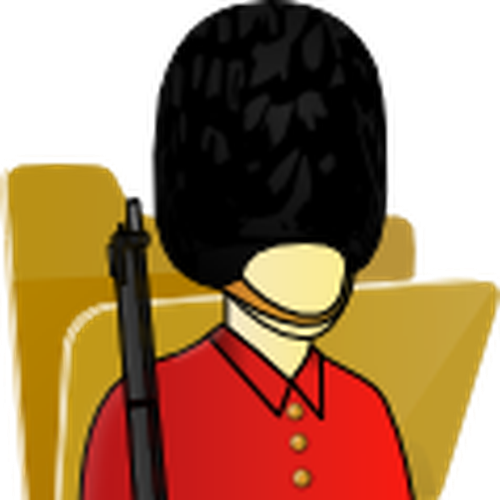 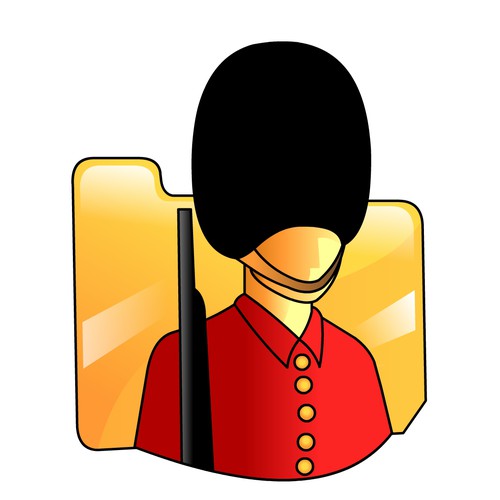 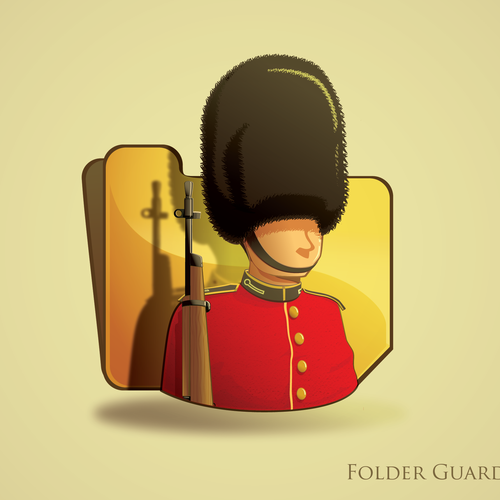 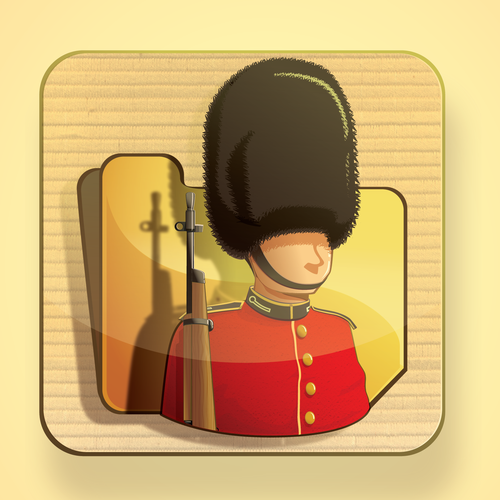 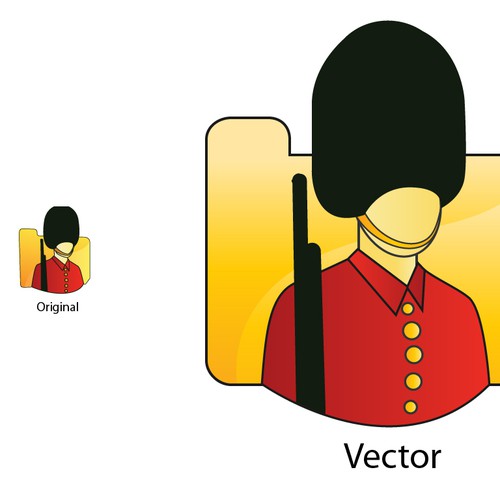 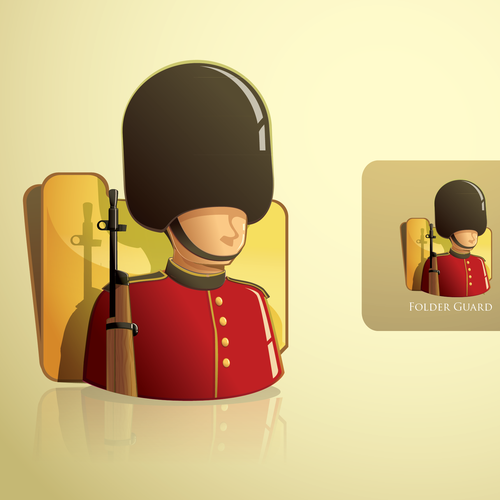 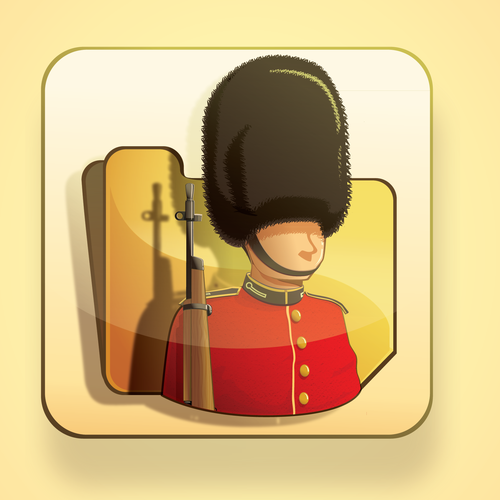 We need to "vectorize" an existing image to be able to produce the higher resolution icons from it. The original image is attached (FG.png).(It's used for our software Folder Guard, so the image is of a soldier guarding a folder :-) )

We want the new vector image to match the original as closely as possible.However, some enhancements to the image, to make it look better at the higher resolutions, will be appreciated. For example, instead of the plain gradient of the folder in the back, make it look "glassy". The hat of the soldier could get some more texture, probably. Other ideas on enhancing the image will be appreciated.

An UPDATE, after looking at the early ideas: our main goal is to make the image look good at the higher resolutions. How to do that, I think is to add more detail to the various parts. For example, make the gun look more realistic. Add detail to the red jacket of the soldier (improve the buttons, etc.)

I have attached a few sample icons (unrelated to this image) that look good to me, can you make our icon look as good as those?

As the final result, we would like to receive the following:

1. The new image in the vector format (Illustrator or SVG, or both if possible),

3. The icons suitable for iPhone (including the retina-display compatible image), both "straight" and "precomposed".

Unicorn app icon for a internet radio streaming app
€179
Consulting, App development, Open Source
66
entries
17
デザイナー数
ICON for smart meets heart concept to tie in with existing logo family
299 $US
We provide smart trip tools to our B2B clients (sites and systems that people use everyday where they may need to travel
25
entries
8
designer graphistes
APP ICON DESIGN
299 $US
Our company "FSE" is a On Demand Video Hair Education company.
121
entries
21
designer graphistes
Noticeable iOS app icon for a cosmetics app with a twist! #flatdesign #gender-neutrality #peahens
199 $
As my personal project, I develop an iOS application to track a stash of cosmetics and daily care routines. My goal is
70
entries
22
Designer
Premium Favicon for AI Startup
199 $
Accern is an artificial intelligence startup. We help organizations become more efficient by using machine-learning to a
73
entries
23
Designer
We need an app icon for a creative writing tool to help students fall in love with writing
USD 299
Ink is an upcoming writing tool to help students fall in love with writing. In elementary school, many students loved wr
93
entries
20
diseñadores