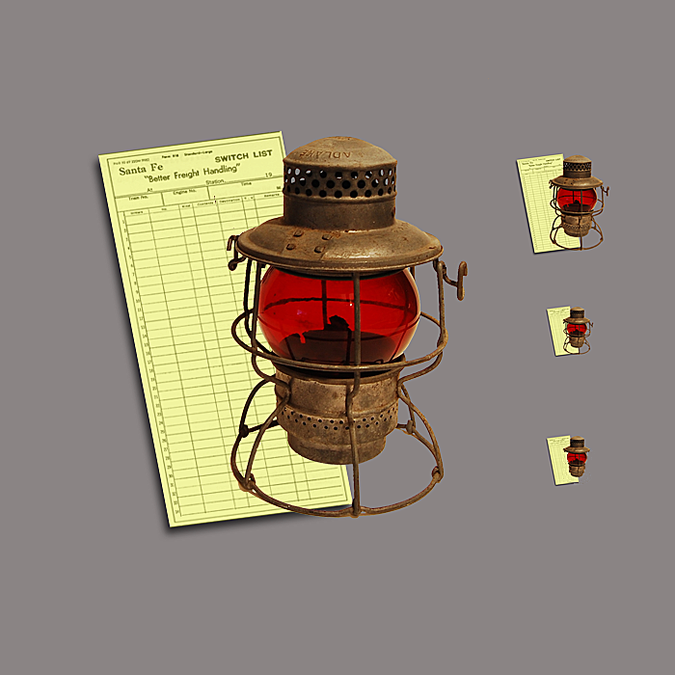 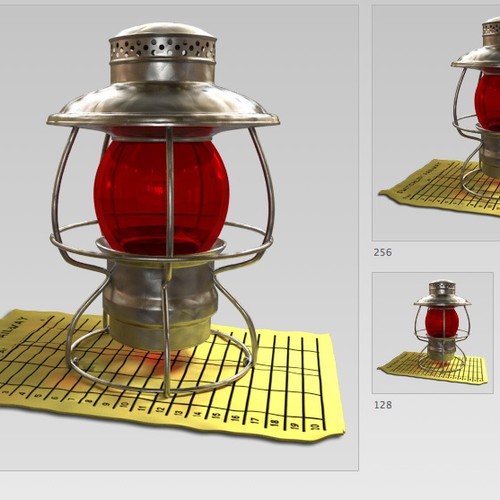 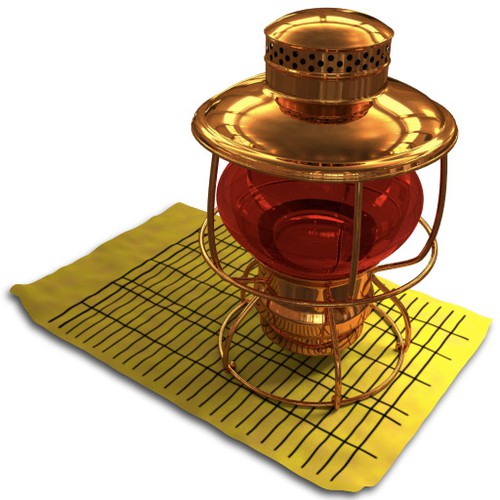 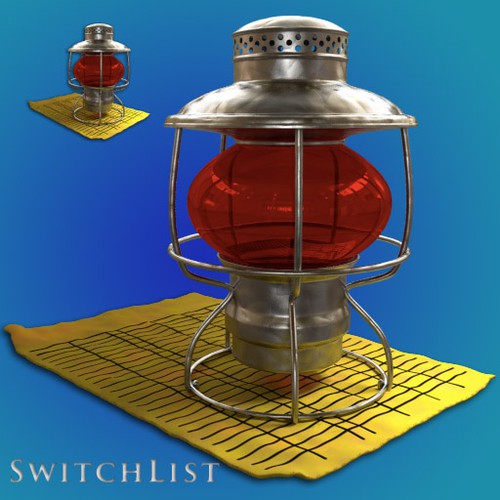 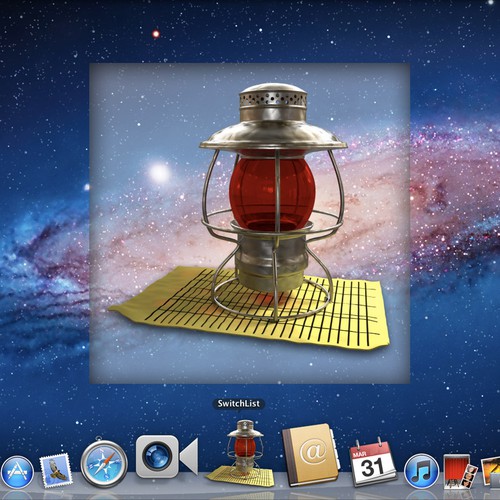 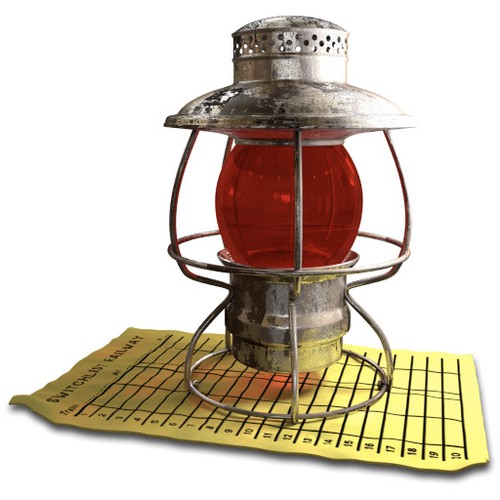 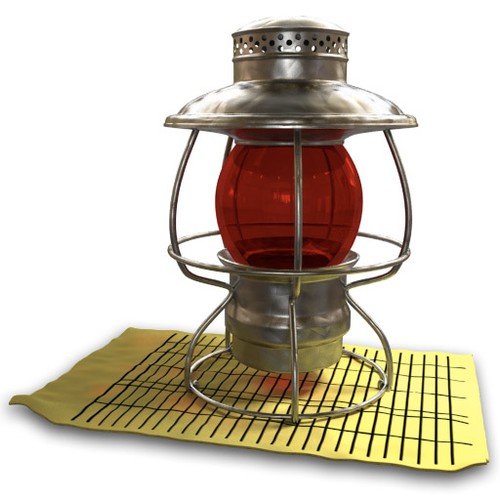 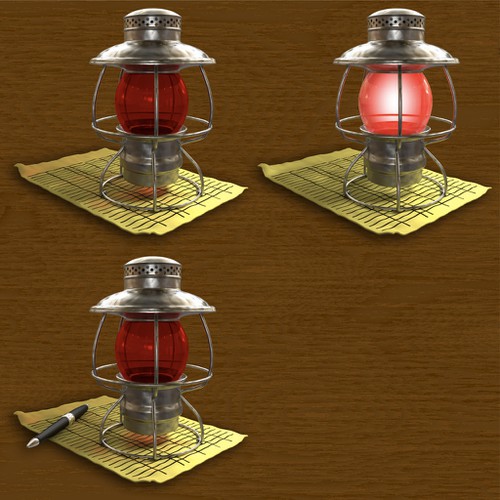 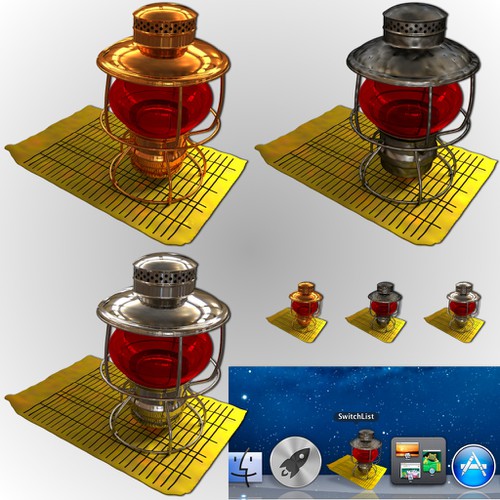 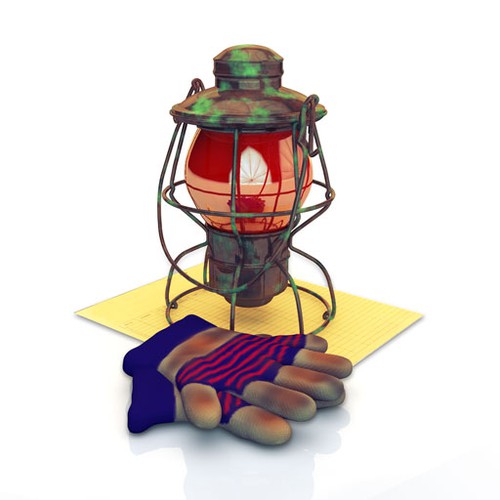 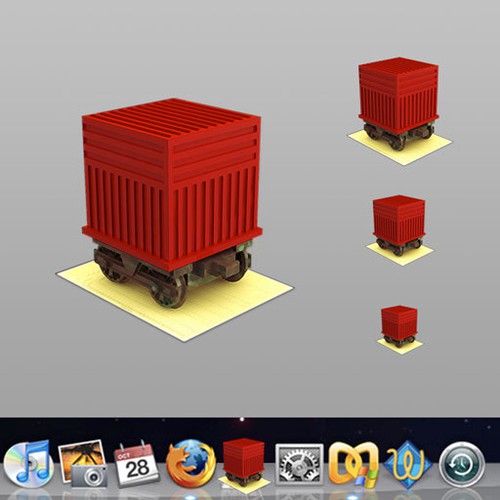 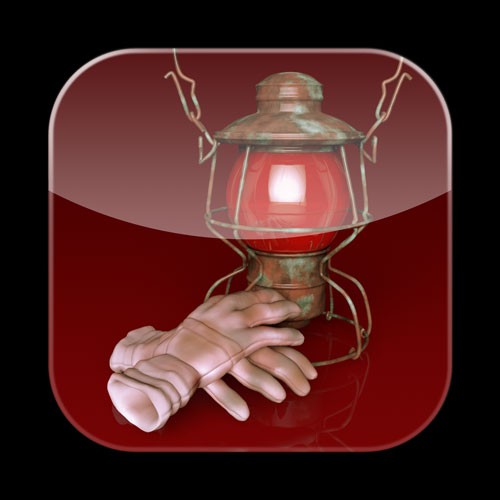 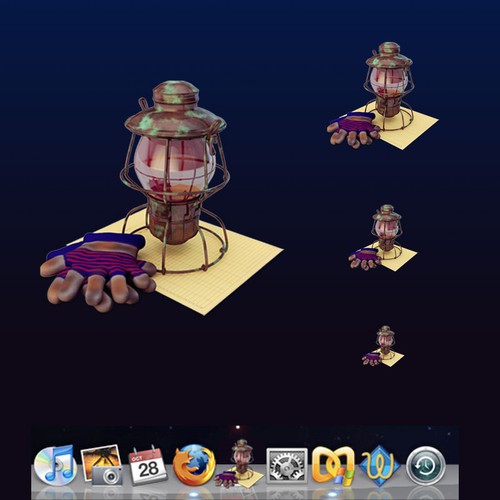 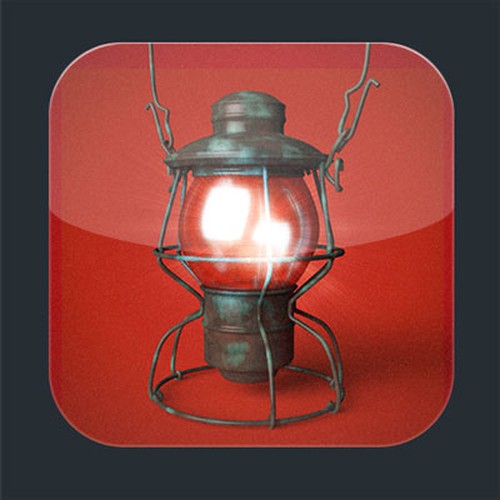 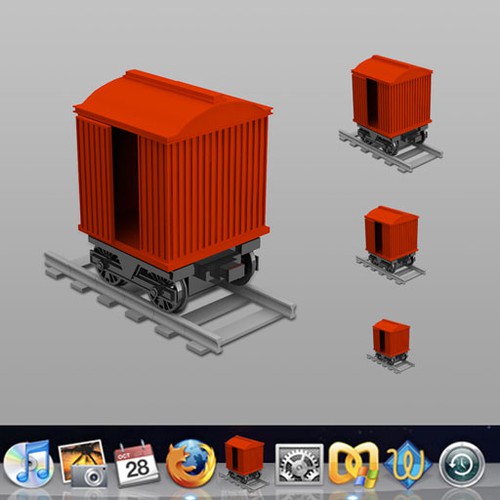 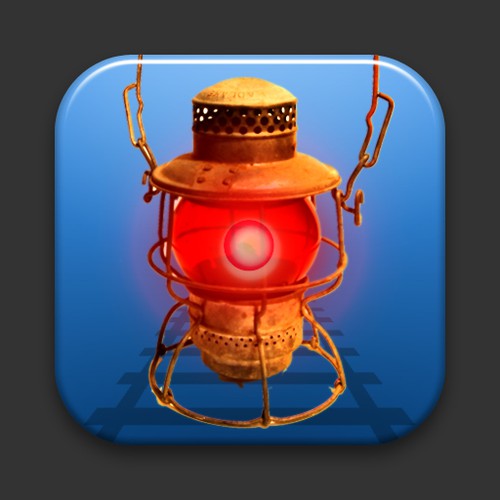 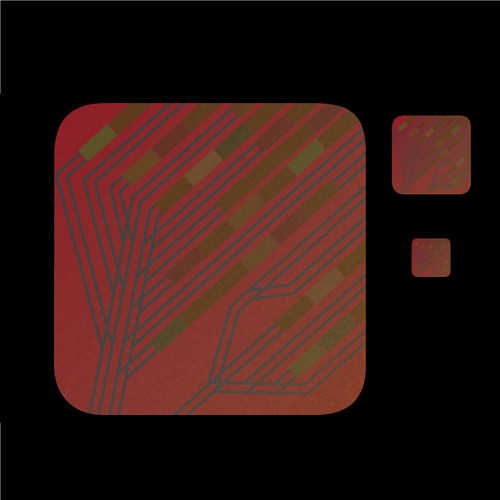 I'm planning on releasing SwitchList, an open-source model railroad program, on the Apple Mac App Store as a free app. I'd like to get a more professional looking icon to represent the program. I need a 512x512 icon suitable for the store, and a 128x128 icon suitable for the Dock, derived from the same conceptual image.

I'd prefer to match Apple Human Interface Guidelines - generally realistic images on a transparent background, perspective or 3d, with colors that will stand out on the Dock with a light or dark backdrop. I'd prefer *not* to have an icon on a rounded corner frame - that would be appropriate for iPhone, but not for the Mac App Store. Icon should be all-picture, and without text in the typical Mac app icon style.

SwitchList is for serious model railroaders who want to run their model railroad layout like a real railroad - think Dungeons and Dragons for model trains. It automatically generates realistic switchlists - lists of where different freight cars need to move - to let the crews running trains simulate real jobs. SwitchList can generate several different styles of switchlists ranging from hand-written lists on official forms to computer-generated dot-matrix lists that modern railroads use. I've attached one photo of a handwritten switch list from the 1950's.

Useful metaphors for the icon would be
* freight cars / boxcars as the objects being manipulated. I've used a side photo of a boxcar as a logo in the past. (See current icon.jpg)

* switch crews actually switching the boxcars (see photo). A switchman hanging on a car (either realistic or in silhouette) could both convey action and express what the program's for. (see train.jpg or http://2.bp.blogspot.com/_DrTowL4cK…h-ney.jpg)

* the switchlists themselves (see 1950's switchlist.jpg) No idea how to make such an icon identifiable.

* switchman's lantern (or railroad crewman swinging lantern) The lantern was a common symbol - every switchman had them to signal to an engineer in the distance when to move the train. There were explicit signals for waving the lantern.

Examples:
* http://www.railroadiana.org/lantern…OfFire.php
* http://www.chicago-l.org/operations…tchman.jpg
Photos on both pages could inspire a logo based on abstract figure hanging on a boxcar with the lantern showing the strong color.

Because switch lists are not as used in the modern day, I'd prefer train images should be older (1960's and before, even 1920's and 1930's) rather than modern. Preferred colors would be red oxide / red / brown ("boxcar red") colors, yellowed paper, darker colors for the dirt and grease that goes along with railroading. 1930's poster art (such as 1920's advertising and WPA posters) might also be an inspiration.

Target demographics for the program tend to be model railroaders. In the US and elsewhere, that means an older, male, more conservative, a bit less computer-savvy. Users of the software would be more serious and interested in history. References to historical styles would be accepted well. Toy-like or child-like images would not be appropriate; think 1920's commercial art rather than Thomas the Tank Engine.

Design a "This or That" App Logo for special needs communication app
250 $
Games for autism. We make mobile apps and games, but our primary mission is supporting the Autism community. For this A
55
entries
15
Designer
We need a fun and exciting app icon for our survey rewards app
$ 299
Crowdtap is an app that rewards users for participating in surveys from Fortune 500 companies. By spending just 5 minute
51
entries
24
Designer
Design a striking app store icon for a released game. Trailer provided!
199 US$
Need a new app icon for a game called Revolution 3. It's a fast-paced, arcade runner with a distinct neon / Tron style.
21
entries
11
designers
Creative Icon set for Bay Area Video Production Company
599 $
We are a full service creative video agency. We help some of the world’s most innovative brands launch products, excite
31
entries
18
Designer
Hand Drawn Network Diagram (icons) for Web and Proposals
US$ 599
I design and deploy Citrix virtual desktop networks for customers. I am working on a new service with an online "shoppin
46
entries
11
designers
Noticeable iOS app icon for a cosmetics app with a twist! #flatdesign #gender-neutrality #peahens
199 US$
As my personal project, I develop an iOS application to track a stash of cosmetics and daily care routines. My goal is
70
entries
22
designers

Start nu je wedstrijd
Icon Set for Website
$ 299
We sell custom shirts about the things users love and hate. Our target audience is younger men who have an irreverent a
27
entries
9
Designer
Premium Favicon for AI Startup
199 $
Accern is an artificial intelligence startup. We help organizations become more efficient by using machine-learning to a
73
entries
23
Designer
Minimalist App Icon For Millennial Mental Health Brand
199 $US
We are a mental health telemedicine company which targets millennials. Our patients are located in Miami and New York Ci
68
entries
22
designer graphistes
Design an Online Course Cover
USD 659
I produce online videos teaching people how to code. My website is http://www.codewithmosh.com
150
entries
27
designer
Design a logo for a social media app catered to board games
299 $
Our website will be a social media hub specifically catered to the board game industry.
75
entries
9
Designer
NUZOMI - Logo for a brand of sleek modern executive toys
299 $US
The product range is modern executive office toys, fidget toys, kinetic toys, display ornaments and the like. The produ
160
entries
46
designer graphistes
Kom meer te weten over pictogram of knop ontwerpen
Bekijk hoe het werkt