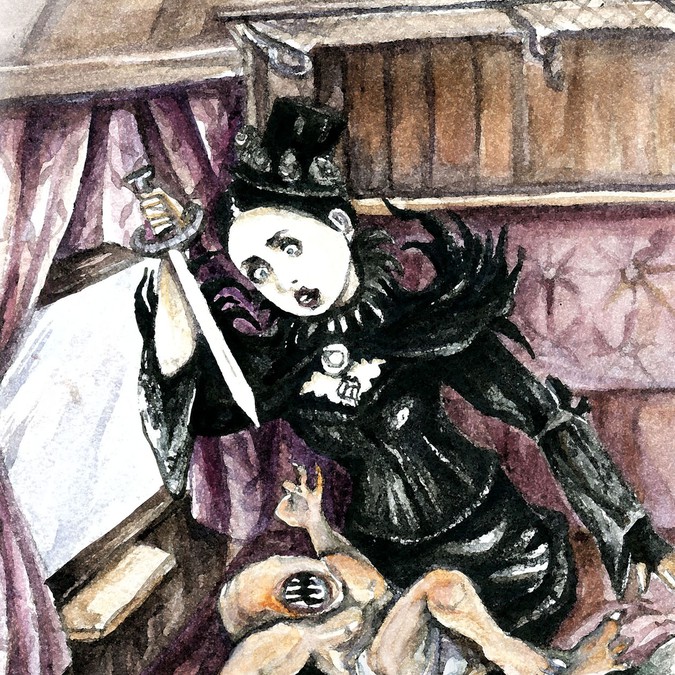 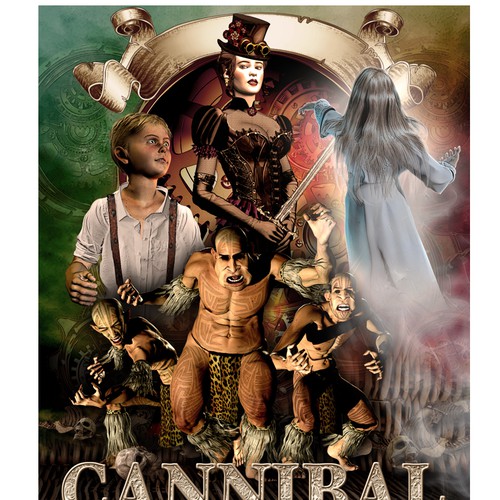 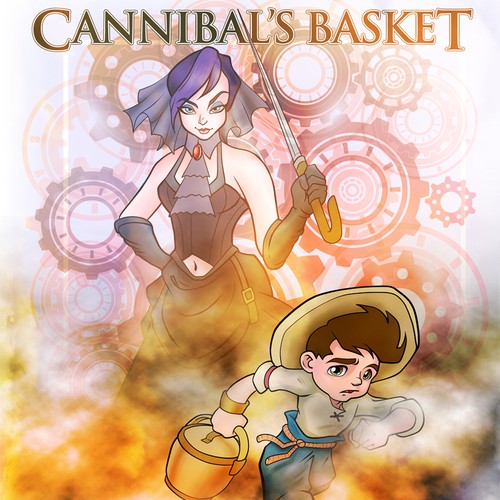 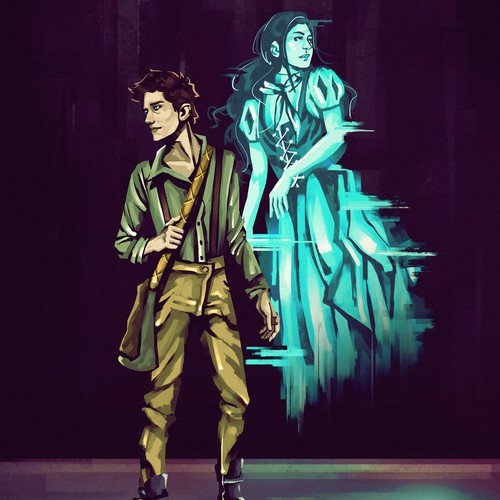 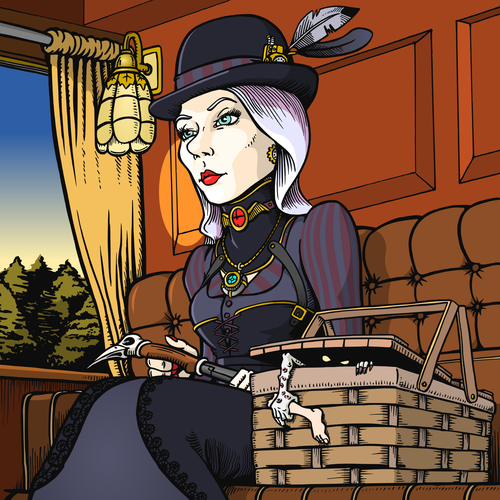 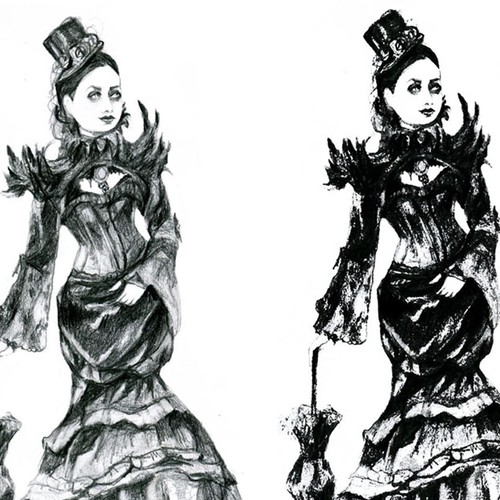 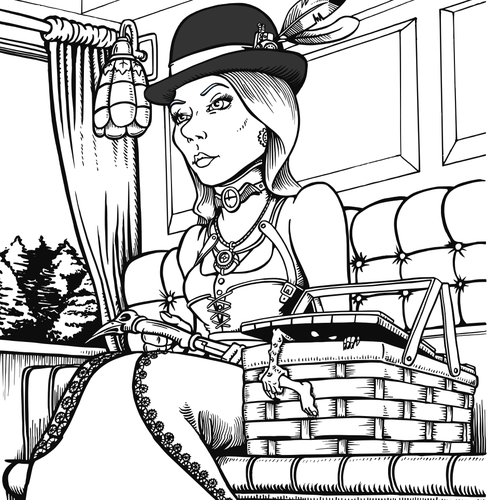 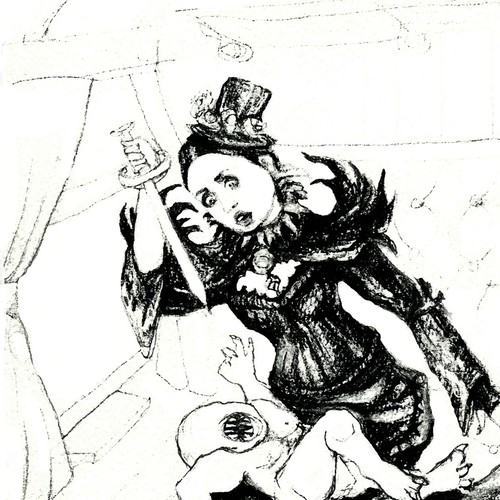 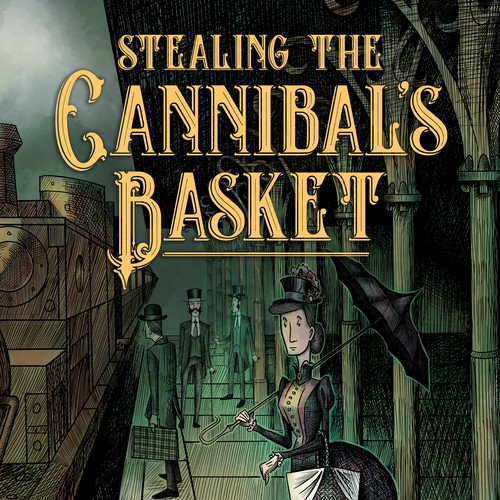 A gothic steampunk novel written for multiple audiences. This is the final in a series of steampunk novels. There will probably be more in the future, but for now this is the end of the series.

I am looking for a suitable original cover illustration for this novel. You will have a lot of leeway with this illustration because your job is to capture the "spirit" of the novel more than any particular event. So without further ado, here is the idea:

Setting:
The overall setting is a Steampunk world. But most of it takes place on the ground, so there is no need to illustrate random goggles over anyone's head. Much of the novel takes place inside either a museum or a Lovecraft basket of cannibals. More on that in a moment.

Plot:
Our protagonist is a small boy (named Nist) who is a servant at a famous museum. He mainly dusts around glass cases and sweeps the floor. Nist is very devoted to the museum and all the artifacts and exhibits within.
One such exhibit is called the Cannibal's Basket and not much is known about it. Legend has it that the basket used to belong to a mass murderer who would carry around the heads of his enemies inside a picnic basket. The rest of their bodies he ate. Whether or not the legend is true is unknown, but the basket is considered an object of historical relevance and is thus preserved at the museum.
A mysteries lady dressed all in black (named Jinx) shows up at the museum one morning and takes a special interest in the Cannibal's Basket. Nist very soon realizes she plans to take it for herself, but the museum director has fallen in love with the lady in black and refuses to heed Nist's warnings. Soon the director becomes so infatuated with Jinx that he decides to give her the Basket.
Overhearing this, Nist steals the Basket before the director can give it away, and then it's a game of cat and mouse as he evades both the police and Jinx.
This game doesn't last long, as soon Nist gets sucked inside the Basket and discovers himself in a world of horror. Inside the basket is a dark mini-word of grotesque men who eat humans and each other. Nist befriends a ghost girl (her body was eaten by the Cannibals) and a non-human eating "Cannibal" and eventually escapes from this land of horrors. (I'm making this sound easy, but this takes a good chunk of the book and might technically land this novel in the horror section if it were ever turned into a movie.)
Meanwhile, Jinx has located the Basket and is contentedly ridng a train with it in her lap when Nist escapes the Basket. The Cannibal's are not nearly so big in the human world as they are in their own, and one manages to escape the Basket (now he is only the size of a small dog) and lands in Jinx's lap. Horrified and disgusted, Jinx pulls a sword from her dress and slashes the Cannibal to pieces, killing him. This alerts some train security guards, who promptly arrest Jinx for carrying a sword around. Nist brings the Basket back to the museum when he finds out the previous director was fired. He is installed the new museum director and the book concludes as he arranges for a proper funeral of the ghost girl he befriended in the Basket. She appears to him at the funeral and they are reunited as friends.

Characters:
Nist dresses a lot like Tow Sawyer and indeed, he is the inspiration for this character. Being steampunk, this whole story is of course set in that general era.
Jinx is a Gothic lady (though not of royal blood) who is considered elegant and classy in her dressing style. She only wears black and is very pale. She sometimes wears a black bowler hat.
The Cannibals are large (in their own world) men creatures who repulse any decent person who looks at them. In many ways they resemble large human men, but this makes their cannibalism all the more disgusting. At the same time, you can tell they're not human but it's hard to say exactly how you can tell this. Most of them are completely bald and many don't have eyeballs. Those things popped out ages ago.

Whew! So I think you've got the basic idea now. Of course I would not expect you to illustrate all of the characters I've mentioned above. What I want I for you to illustrate something that you think captures the spirit of what you just read. For example, you could illustrate the downfall of Jinx (where she kills the Cannibal who falls out of the basket on her lap) or perhaps you could illustrate the inside of the Basket. What would you have on the cover of this book?

Nothing I can think of other than the obligatory warning that every part of this illustration must be your original piece.