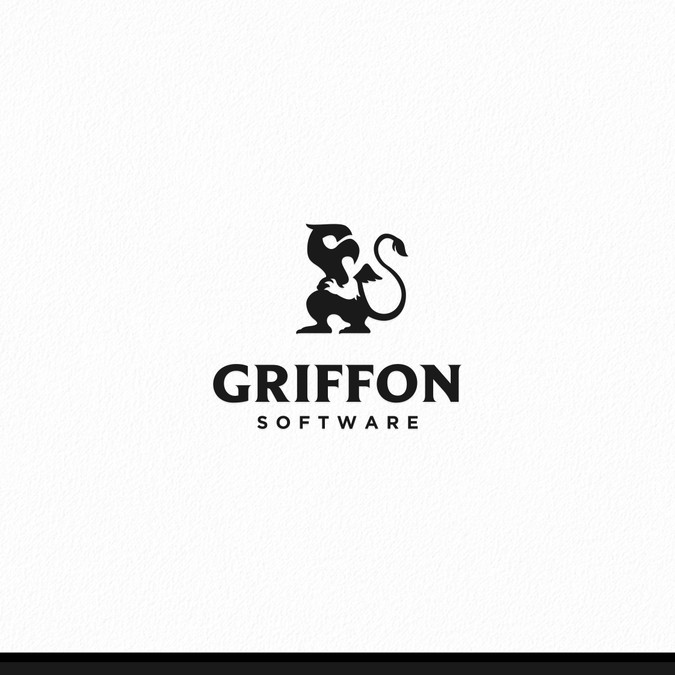 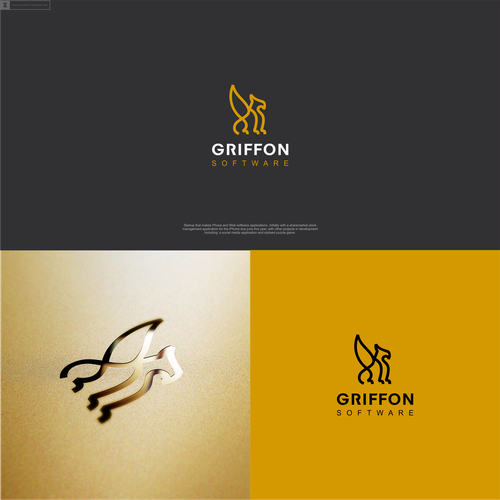 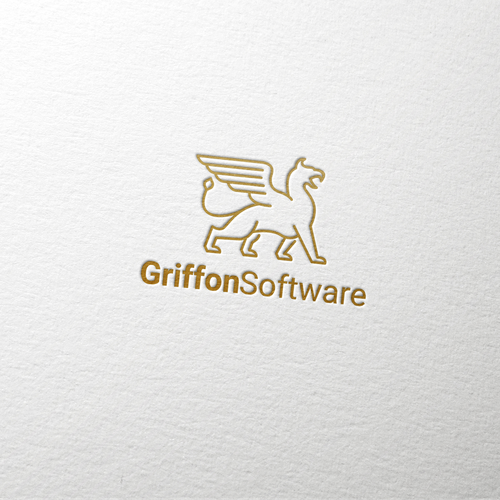 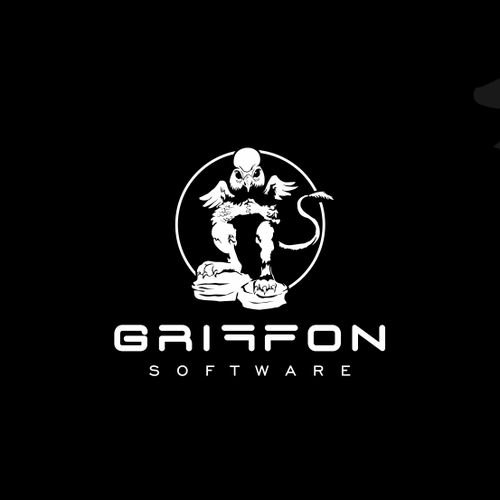 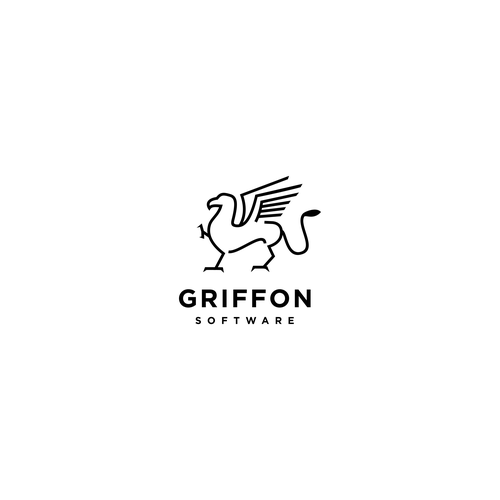 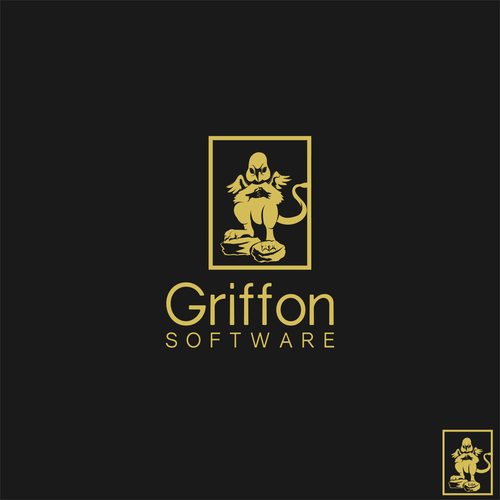 Company: Griffon Software - griffon.com.au - )website yet to be developed)
Startup that makes Phone and Web software applications, initially with a sharemarket stock management application for the iPhone due june this year, with other projects in development including: a social media application and stylised puzzle game.

Company Philosophy: Simple software with a concentration on usability. Advanced features that become self evident over time as the user learns the software. cleverly designed, emphasis on user interface design.

Im after logo and text:
Logo: logo based on sketch ive had done for me in the past:(See Attached reference Image 1 - My design)
The idea is a ‘cutsey’ griffon character sitting on rock with hands folded claws/hands together. tail. somewhat misproportioned. big legs, big tail small wings
Text: Griffon Software

looking for:
- something more stylised and appropriate for a logo than reference image1. line art. minimal number of lines. single colour.
- something elegant without compromising a ‘cutesy' character.
- ideally something that can be incorporated as part of an application icon
- something that is scalable
- need logo as line art
- text ‘Griffon Software’ portrayed under the logo. can be all capitals. something distinctive but with ‘thick’ strokes that can be beveled. (see reference image 2)

to note: the logo doesn’t have to have the same style or look as the image supplied.

Things that I like that I’ve seen in other designs
See Attached Reference Image 2 - from company GRIFF Aviation -
- the chiselled text (either chiselled text or thick text where this can be done later)
- the angle of the horizontal elements in the text matches the angle in the logo. this makes the text distinctive but also makes the text and logo work together
Source: https://www.behance.net/gallery/466…y-Branding

See Attached Reference Image 3 - some example logos that i like. simple stylised line art. I like this style, though understand requested logo is more complicated and contains more features harder to portray in small amount of detail

Audience
Initially the audience are iPhone users, generally male professionals who deal in the sharemarket - to this end seeking a design that reassures a perspective user that the software is professional and reliable and is worth the higher than average app fee and that the software will be maintained.

Later the company intends on releasing a social media application and puzzle game so is after a fun and cute logo that is compatible with this covering a wide demographic - male/female 16-40 age group.

To address the above, looking for a logo that tries to is both professional, stylised and strong, while being fun and appealing to a broad age group.

Long term i would like to make the logo 3d and animated.

Futurework:
I would like to establish a relationship with a designer for future design work, including 1 to 1 project for:
- icon for applications
- artwork for website.
- application assets
- 3dwork/Animations.

What I don’t want:
I dont want a design that:
- can’t be scaled
- has a lot of fine artwork/detail
- is multiple colours
- where the logo is the 'round headed chicken cartoon character’ often seen on early cartoons. or dollar shop logos.

CyberShell a cyber defense company
$499
CyberShell is a cyber defense product.
77
entries
27
diseñadores
Code Yodler - software development - from eastern Europe to the Alps
EUR 269
We are looking for a logo that provides a mixture between elements associated with Russian-speaking countries on the one
90
entries
12
diseñadores
Gears and cougars logo for a software company
399 A$
Kuggar is a software technology company that is developing software for automation of repetitive office operations. Targ
320
entries
49
designer
Clean and powerful logo for construction software company.
USD 299
We sell cost estimating software and services to construction companies in the United States.
871
entries
125
diseñadores
Software development company in need for branding and long term designer
1 149 $US
Hi, my company is oxygen-tech.com and for the last month we were working on our new brand identity. The last piece of pu
528
entries
116
designer graphistes
We need a logo for our new online shop "campus hero" - sustainable hardware for students
EUR 1.309
The non-profit IT company AfB gGmbH specializes in taking over decommissioned IT and mobile devices from large corporati
248
entries
48
diseñadores