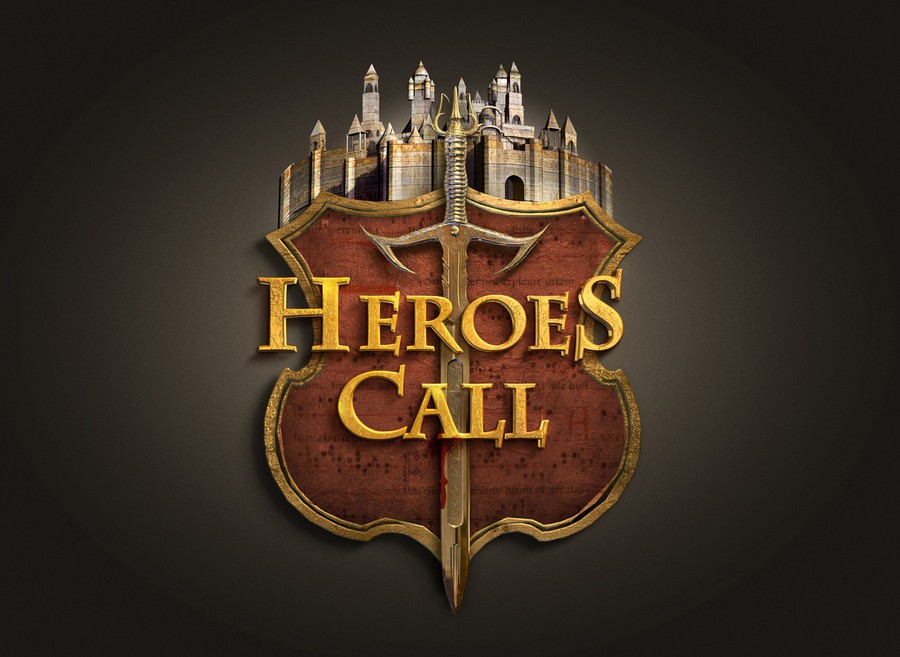 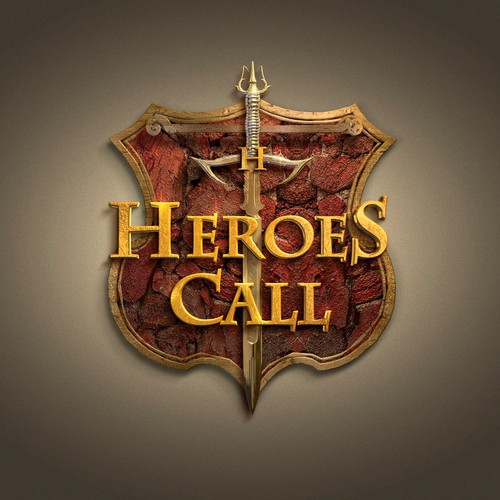 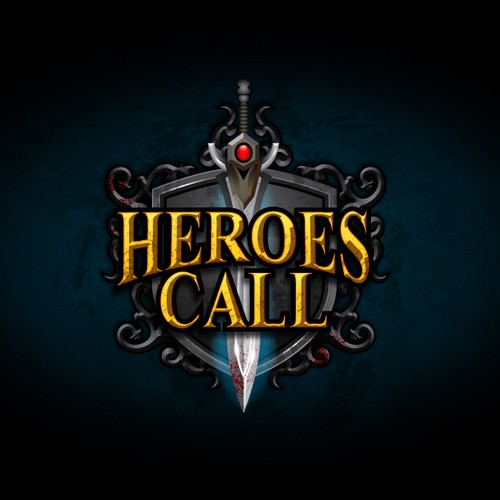 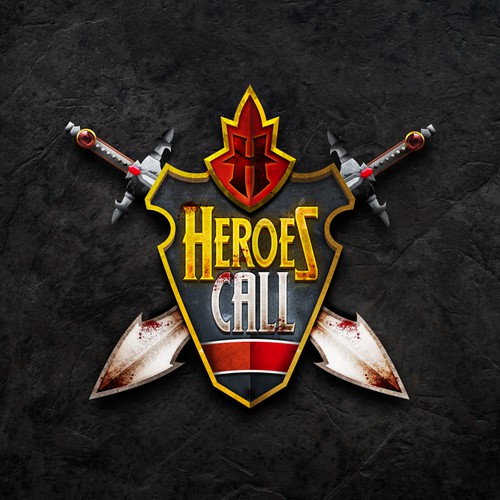 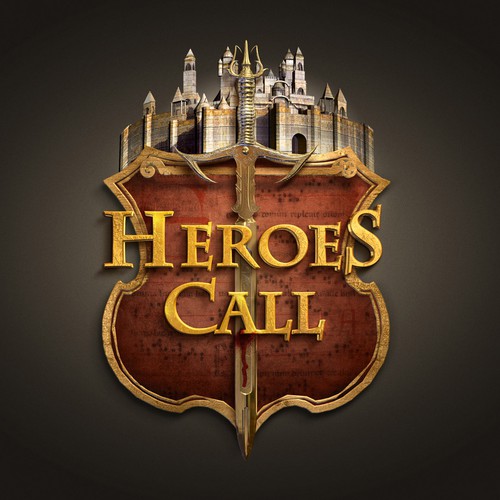 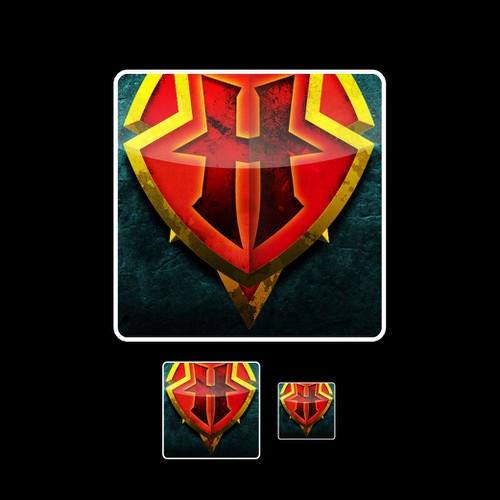 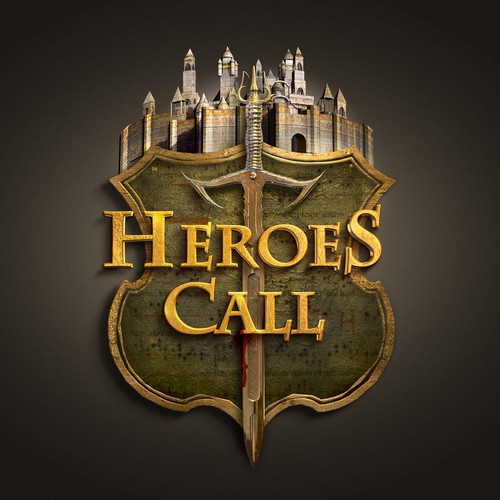 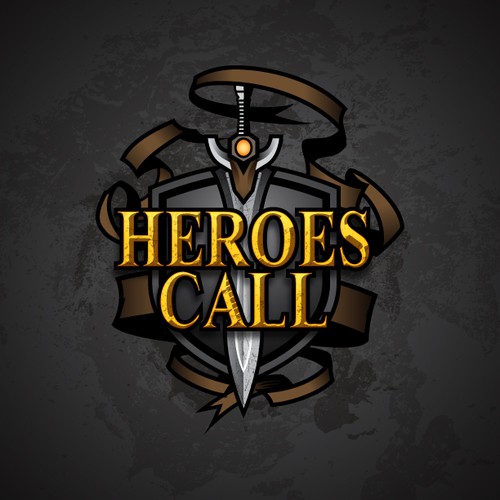 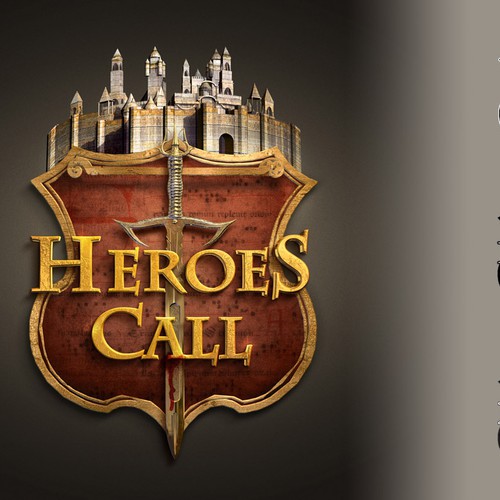 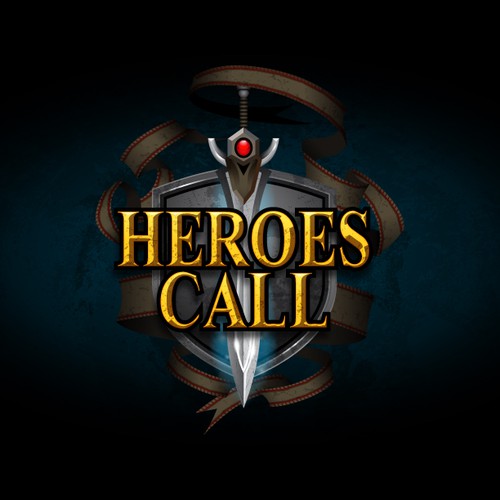 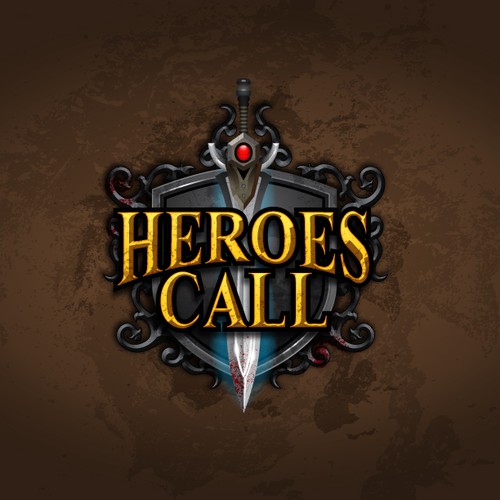 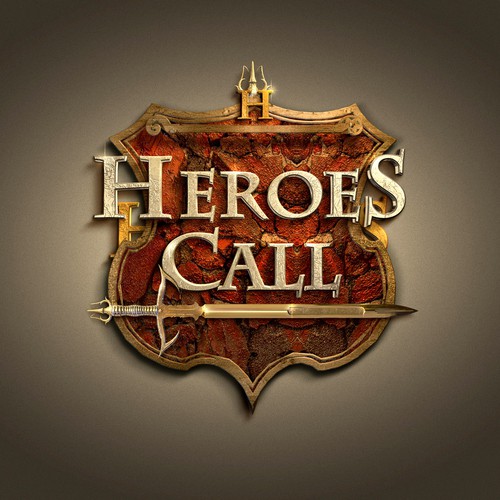 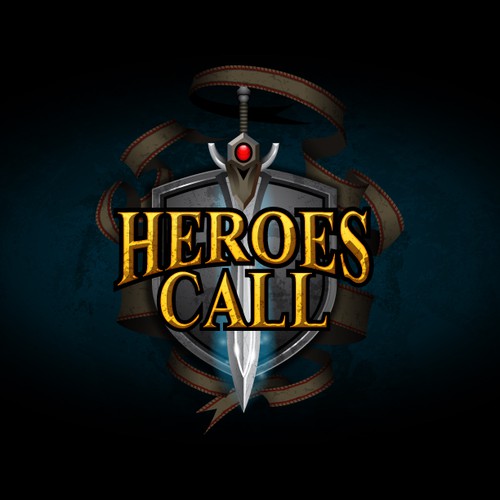 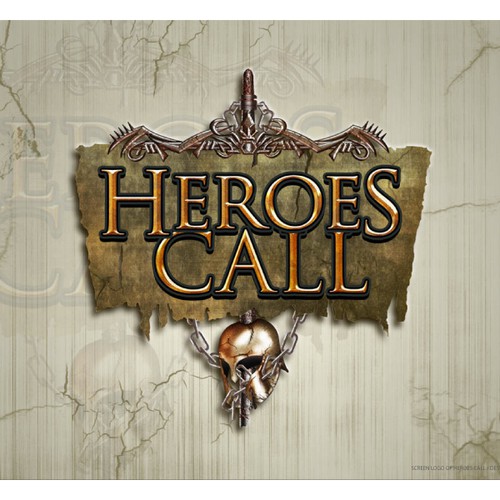 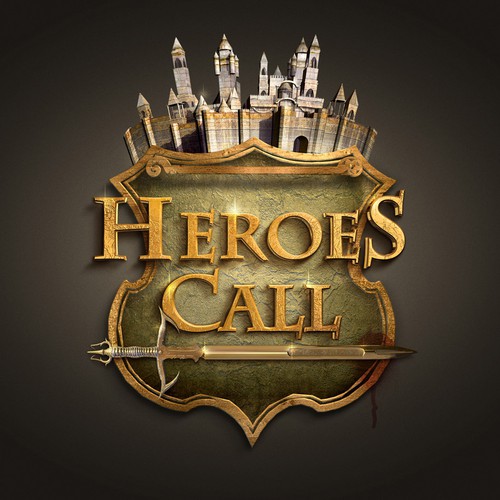 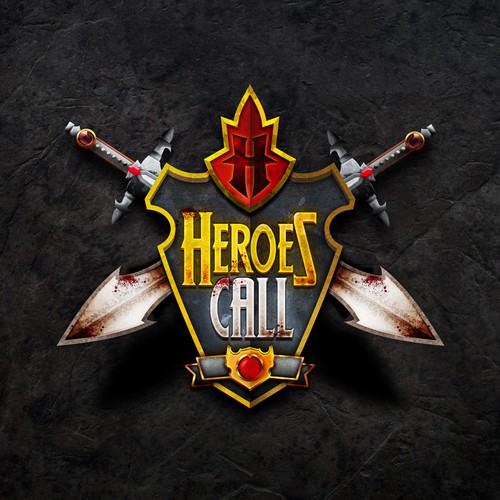 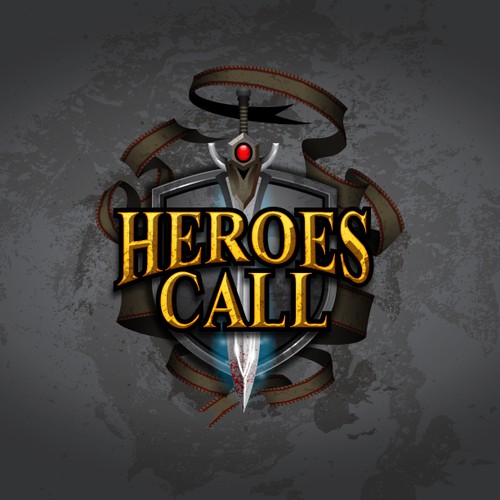 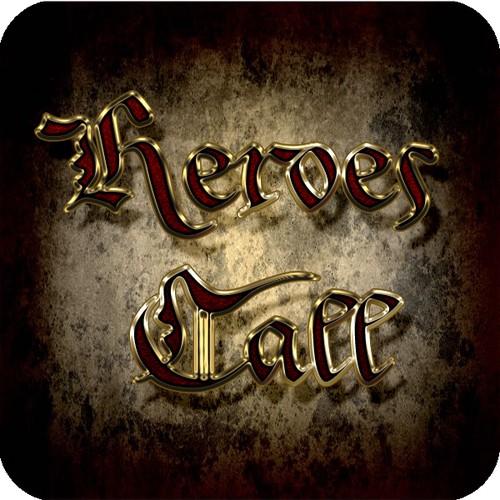 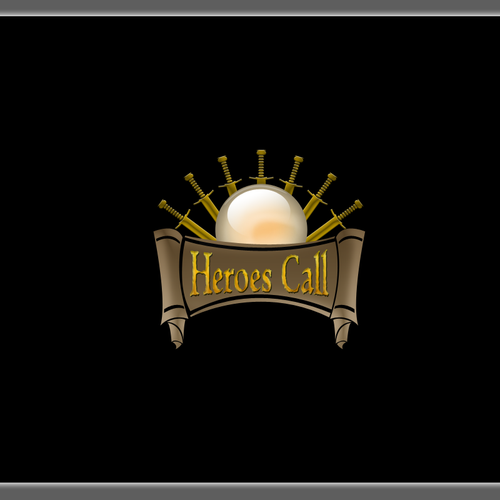 We need a logo that says "If you like fantasy games, and you like mobile gaming, then you need to play this"

Heroes Call is a mobile/tablet action role playing game (like Diablo) featuring cutting edge graphics and a range of characters and enemies.

Set in the grim and gritty city of Brineside players take the role of mercenaries for hire, answering calls from the local Adventurers Guild and discovering the mysteries of the city.

We're looking for a logo that leaps off the screen and urges you to play. The world of Heroes Call is gritty (low fantasy, rather than high fantasy) so something with a rougher feel will suit the style .

The name of the game can be included, but the key is a visually striking and recognisable logo style that works as an icon. The goal is to use this across our branding to immediately identify our game.

You can see the old choice of logo in our video and some of the screenshots.

There is a video trailer available at http://www.youtube.com/watch?v=t4XhWdq85Xk

Lockdown DWI Gaming Retail Logo
499 USD
"Lockdown" is a new gaming products store concept (that includes products for mobile, console and PC gaming)."Lockdown"
202
entries
52
designer
Bank Roll! An on-the-go party dice game
$499
Sorry For Partying! is a fun, youthful, modern "party game and accessory brand." We make Tactile games - classic dice, b
148
entries
19
diseñadores
Gaming Logo "Poggers" (example picture shown)
USD 299
This logo is for a gaming youtube channel using the "Poggers" emote. Must be unique and not the original poggers emote p
24
entries
9
diseñadores
Logo for New Videogame Studio with Weird Name
US$ 299
Videogame development/design studio with a focus on mobile games; target audience can be varied based on the game, right
88
entries
32
designers
Logo for E Surf StartUp
EUR 269
We are a German startup that specializes in the rental of electric surfboards. Hence the name: ESurf we are not sure yet
66
entries
32
diseñadores
Professional video gaming logo tournament provider
299 $
We are a tournament provider for video and card games. Our focus is to bring high stakes winnings to an amateur player b
50
entries
12
Designer

Start nu je wedstrijd
Logo for Firearm Company - Gun / Rifle related items / CNC winding / Thread
EUR 269
The logo is intended to be used on a webpage on which the customer can order a personalized barrel winding / thread for
53
entries
18
diseñadores
Emblem Logo for Website
EUR 269
We make customizable bingo cards that people can print at home or play virtually online. The target market is pretty muc
56
entries
10
diseñadores
Wanted: Fun, Playful Gaming Logo for Daily Scratcher App
299 US$
The Daily Scratch is a gaming and video news app where each day users get daily digital scratch off within the app with
42
entries
19
diseñadores
Design a logo for a social media app catered to board games
299 US$
Our website will be a social media hub specifically catered to the board game industry.
75
entries
9
designers
Dad and sons toy reviewers, logo for youtube/social media, shirts and custom toy packing
$ 299
We are a soon to be toy review blog, YouTube, Instagram that also has a line of branded toy products. Logo would be on Y
39
entries
11
Designer
Logo for outdoor gear company specializing in Kayaks and SUPs.
CAD 399
Kayaks, SUPs and outdoor gear for fun in the sun. Target age range 14-54. Cottage goers, campers, weekend vacationers, w
152
entries
30
diseñadores