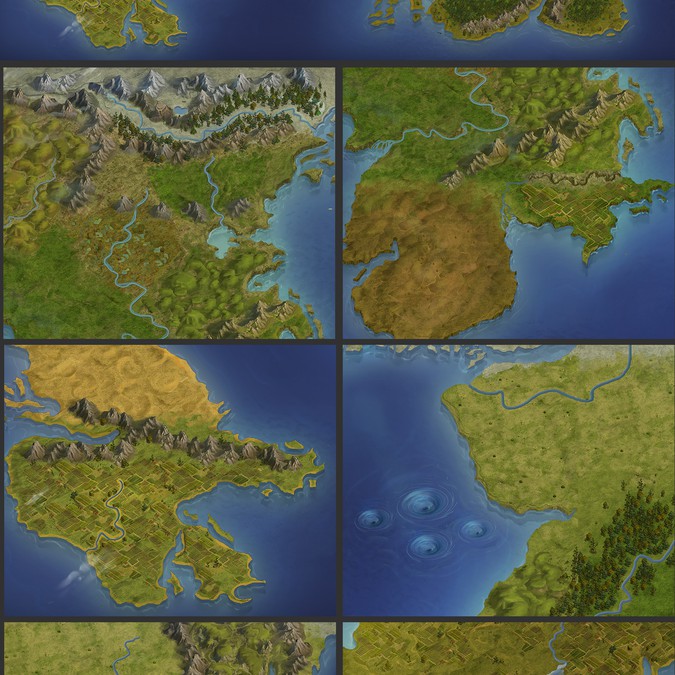 An overland fantasy map for a fictional world 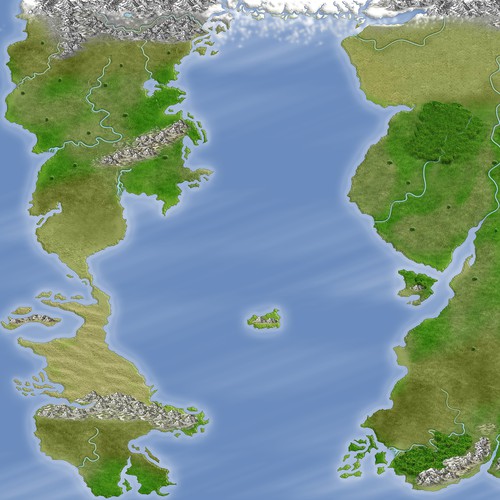 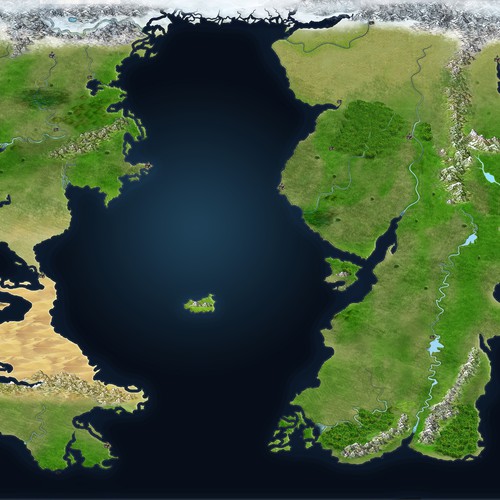 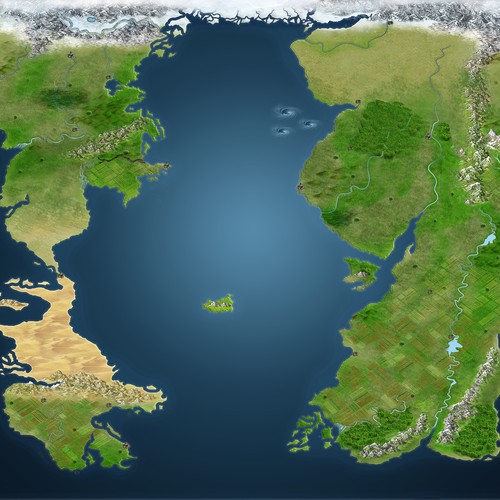 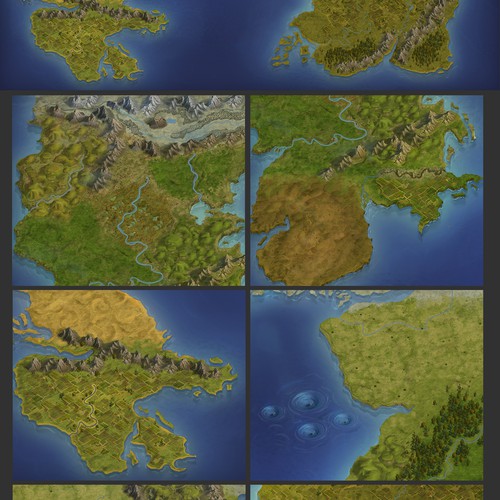 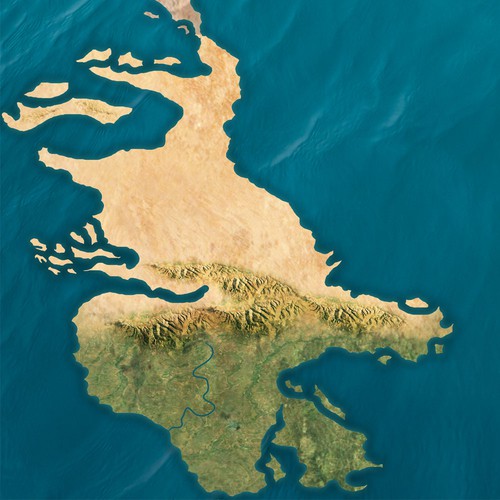 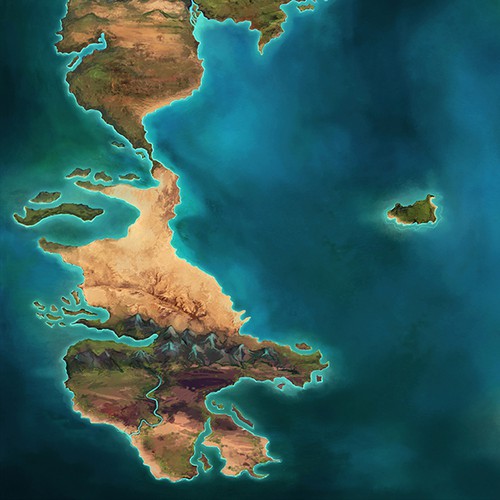 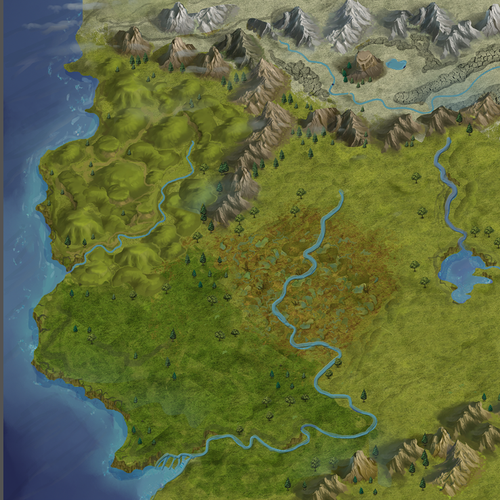 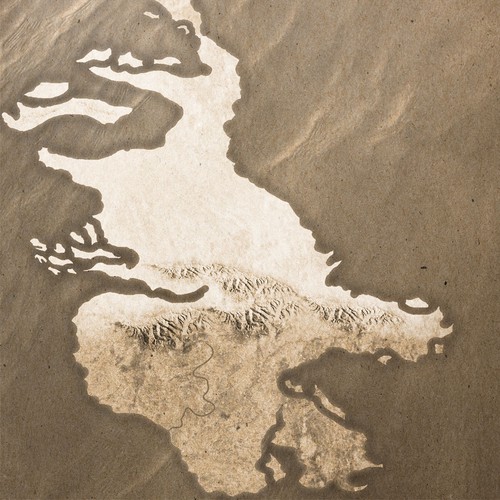 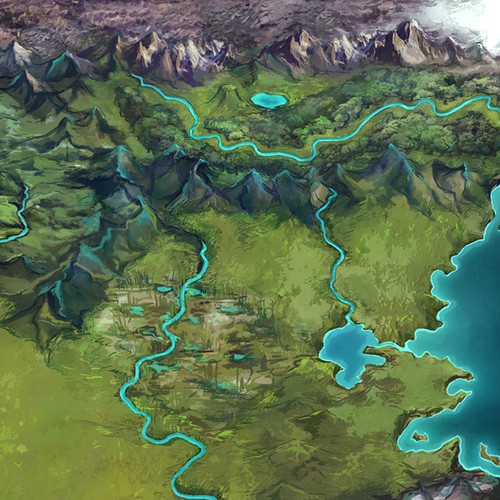 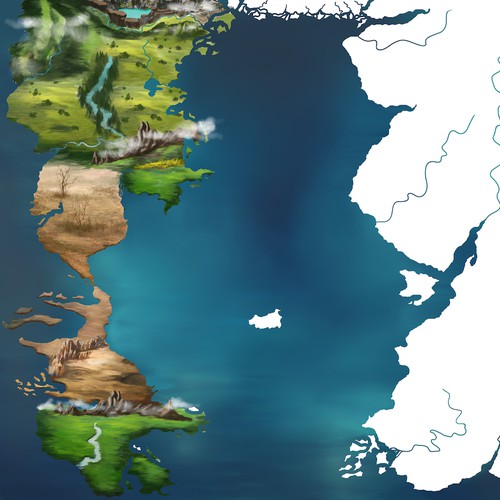 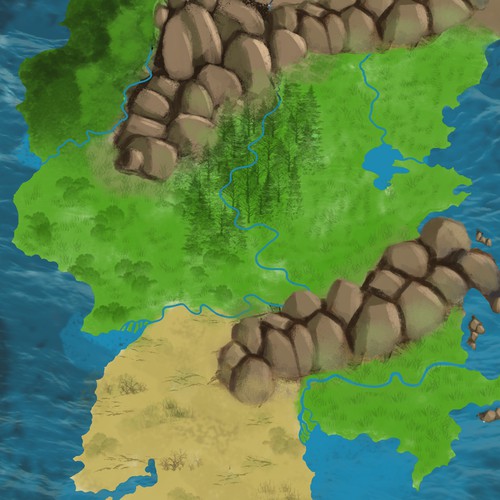 I'm an author working on a fantasy series, and I need the map for my fictional world designed.

I need to get the world map designed for my fictional world. I'm looking for the overland map, with all the features depicted (grasslands, mountains, swamps, steppe, etc) in color with a forced perspective, or some similar three-dimensional effect. It doesn't need to be super detailed, but it does need to be good enough where I can pull snapshots off of the image in order to use with my books, and on my website. I'm just looking for the land features--no labeling at all beyond a banner in the corner that says "Eldath." I'm including a couple of concept maps I've drawn up myself. One of the files will show you how I want the coastlines, and what the major features are. The craggy looking things are mountains, and I've tried to circle out regions to depict as grasslands, etc. Don't worry about city names, dots for cities, or any other labeling. I just want the land features and oceans depicted. The other maps I'm including will just give you more of an idea about where things are.

This needs to be a large size. I've used a map that's around 4400x3300 pixels, and that seems to work pretty well, though I don't think it needs to be too much larger than 5500x4500. I need to be able to pull 800x600 squares off of it and have them show up decently on ereading devices from tablets to those that work in e-ink. That being said, the color scheme should probably translate to something readable in black-and-white, too.

I don't want it to look hand-drawn, or sketched, but instead painted, like the map from The Wheel of Time, or the full-color version of the map of Westeros.

Also, there's a part of the image I've included in the top left-hand corner where a note says "FTM" with an arrow to a vague, mountain-looking shape. That stands for "Flat-Topped Mountain" and there needs to be a flat-topped mountain depicted there clearly with a lake in a small valley to the north of it. Also, I've drawn in a couple of rivers by hand, but I think it's pretty clear on the picture where I've done this. The image file that has the notes on it (steppe, grasslands, hills, etc) is the working version that has all the correct things in place. The other two files are just to give you multiple ideas to work from. If a river is different, or something, defer to the file that has the notes written in.