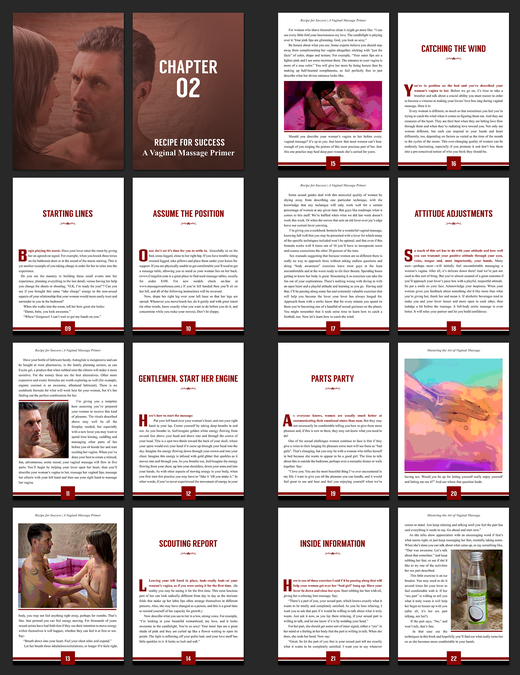 Interior book design for "Mastering the Art of Vaginal Massage" 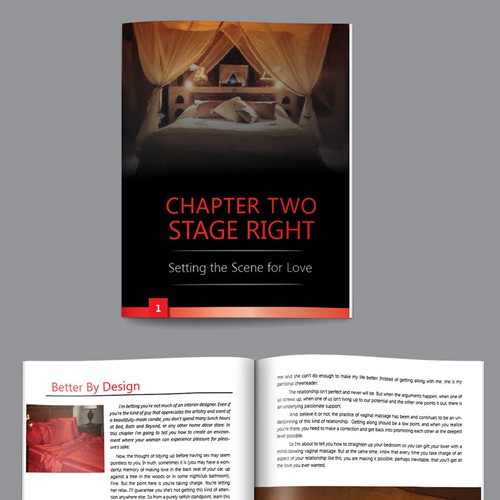 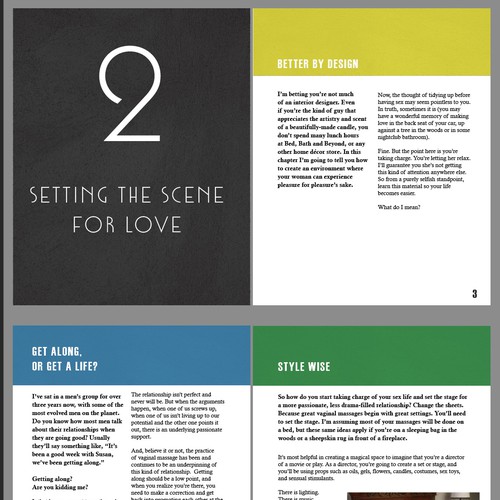 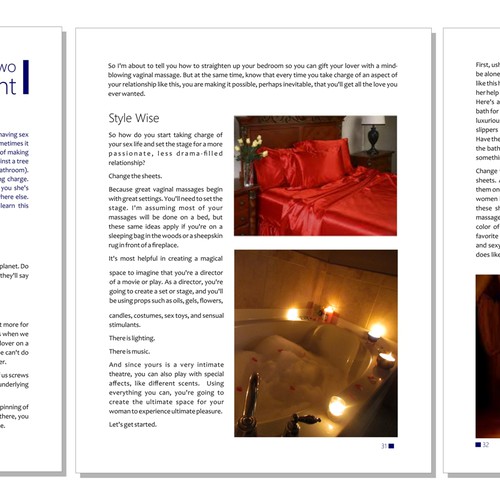 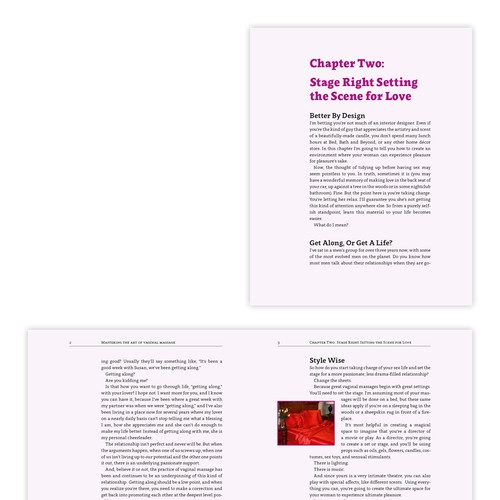 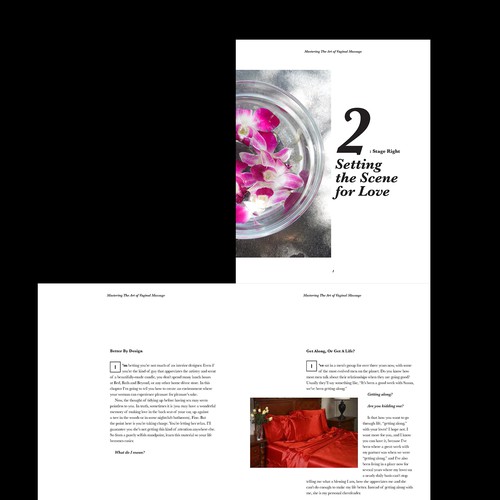 This book is a how-to book on "Mastering the Art of Vaginal Massage" for men 25-55. The men are probably into some sort of spiritual practice like yoga or meditation. It's a nuts-and-bolts how-to guide with illustrations. It will be marketed as a trade paperback, a PDF and a Kindle book as well.

After they design the two chapters, which will serve as templates (in terms of fonts, subtitle and header/footer designs, use of white space, etc.), then I'd like the designer to give me a quote of what it would be to design the whole book in trade paperback (8x10 format), PDF and Kindle formats, I'd like the designers to give me a bid of what they would charge for the entire book in trade paperback, PDF and Kindle versions.

I am guaranteeing a winner in this contest for the trade paperback version of the book.

The total book has 36,000 words and about 40 photos/line drawings. As it's a how-to book, I'd like to use a lot of white space, a bit larger font for the text, and larger photos, which will be in color.

I'm attaching to sample designs that I had done before I realized I needed to go to 99 designs:

* I like what sarah did (sarahlayout) in terms of white space, size of font, size of photos, etc...but I'm looking for a more masculine look to the book
* I like what ravi did (ravilayout), but it lacks imagination...

I have the cover for the book done, which I'm attaching.

Some of these photos/illustrations will be upgraded to better quality.