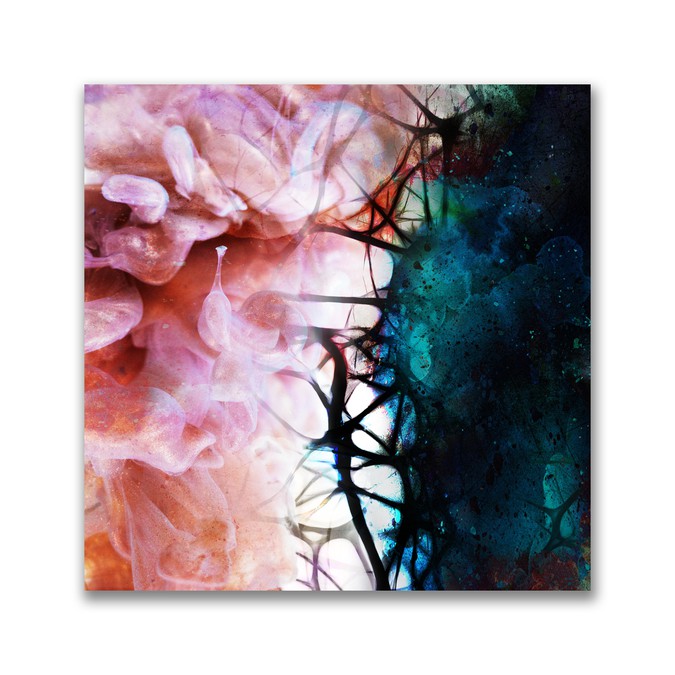 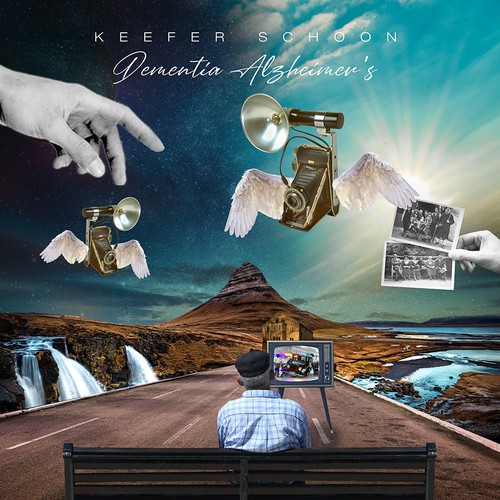 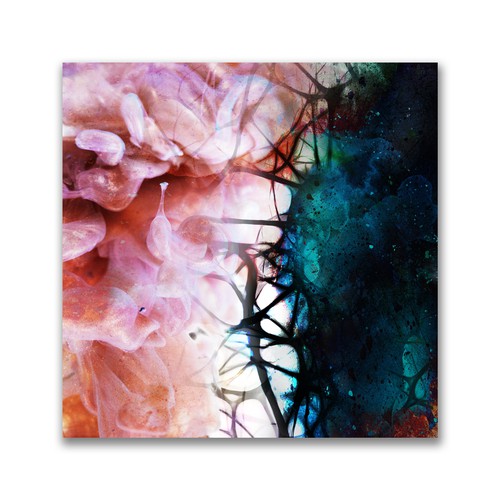 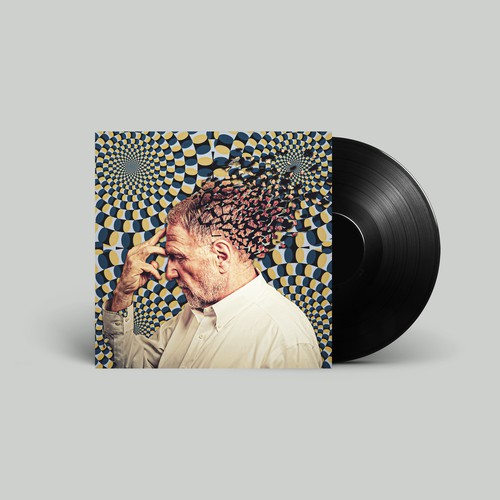 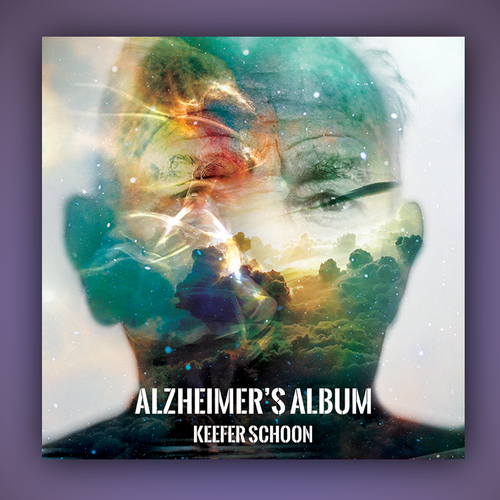 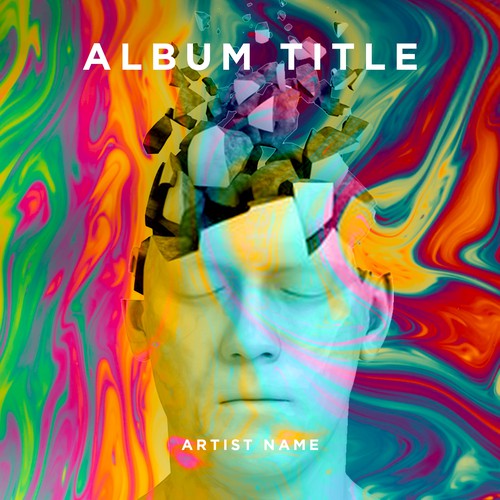 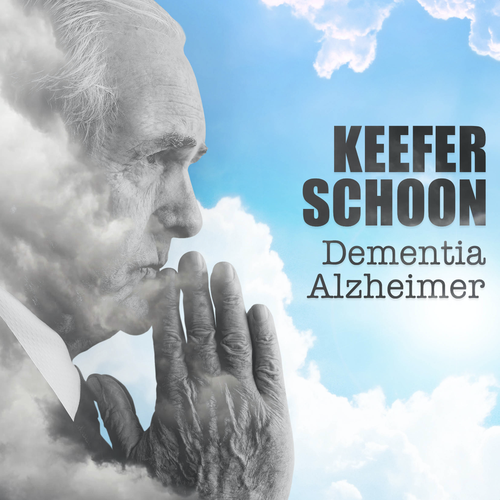 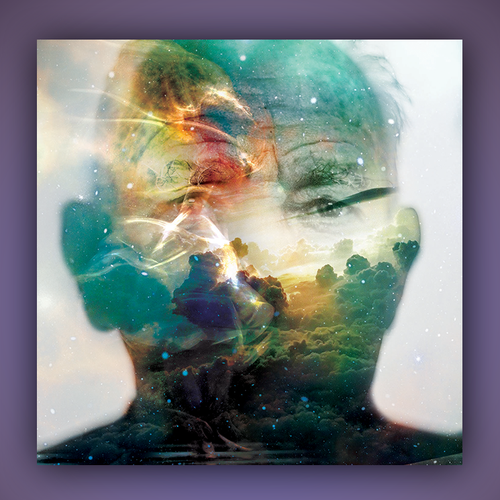 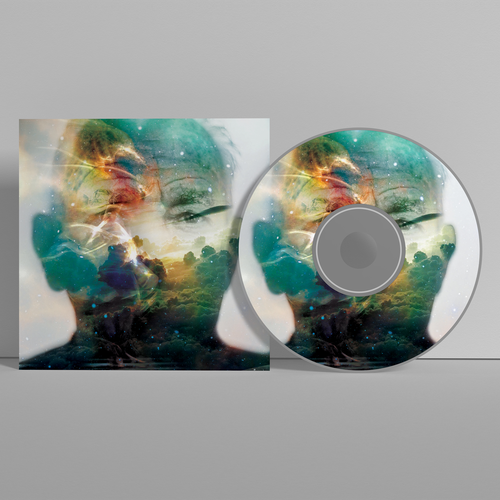 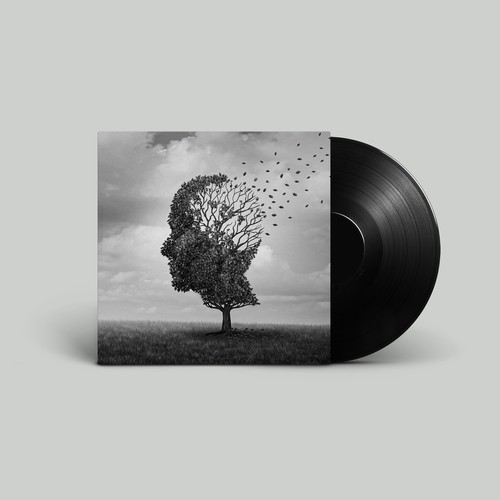 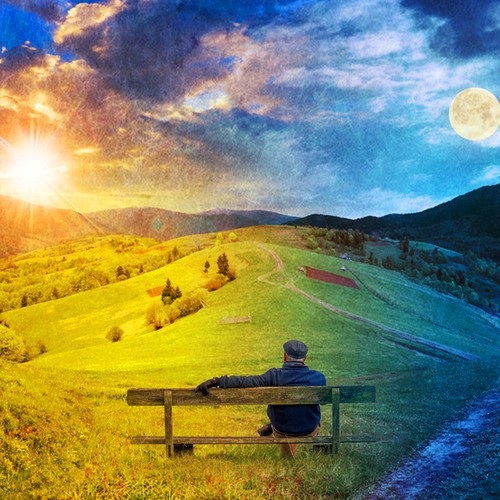 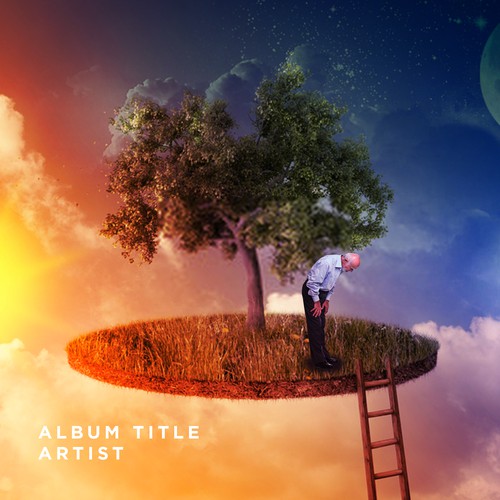 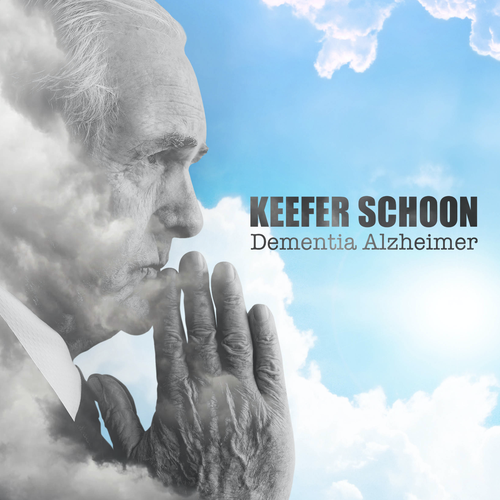 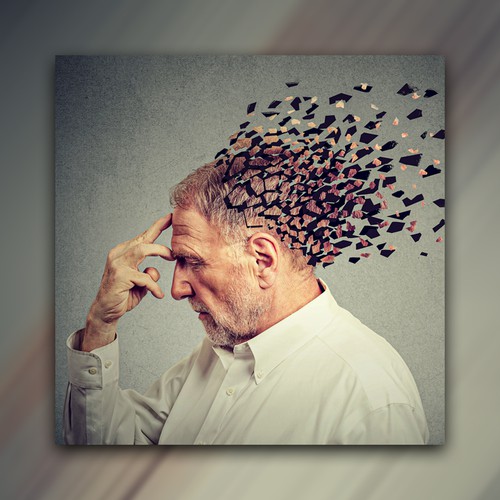 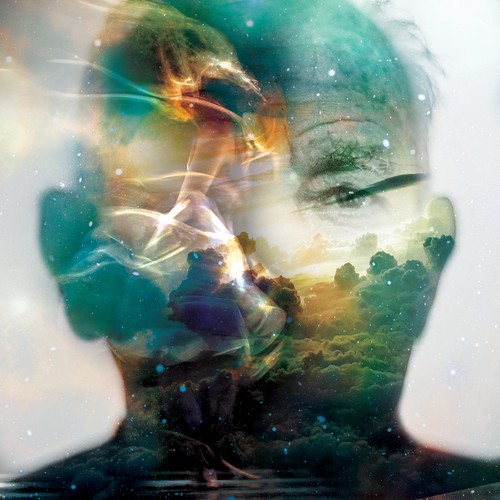 A psychedelic concept album focused on dementia and Alzheimer’s disease. This album is meant to raise awareness and all profits will go to the Alzheimer’s Association.

I do not have anything particular in mind for this album artwork besides the few particular things that need to be evident in the design:
-The contrasting of the albums two completely opposing sides.
-This music is psychedelic, progressive rock, art rock.
-The elderly man. He is present only once in the music but he is still a vital factor in the concept being cohesive.
-Ultimately, depiction of Alzheimer’s.

Do whatever you can with that, I hope that is enough to get things moving smoothly.

In depth, the concept: An elderly man misinterprets the delusions and hallucinations from severe dementia as a psychedelic experience. This is all supposed to be throughout a day - as in the beginning is morning and eventually the ending is night. The first half of the album is trippy, dreamy, and euphoric, this is the elderly man thinking of his reality as a high and psychedelic journey. Then, halfway through, it starts to become the opposite, confusion, no memory, depression, paranoia, and eventually delusion and insanity. The album is also a metaphor for the yin and yang, where one cannot be without the other. Happy/sad, day/night, young/elderly, remembering/forgetting. In the euphoric first half, there is a song called “The Mountain”, and in the dreadful second half, it’s opposing track is “The Hole”. The very end of the album signifies, in a nutshell, that while one cannot be without the other (young/old), the disease disrupts that, acting as a third factor: (young, old, and too old). The album then loops back to the beginning, as if the elderly man goes through this whole journey every day because of this disease.

Start nu je wedstrijd
Design eye-catching poster for a contemporary NEW MUSICAL
US$ 500
We create and license contemporary musicals for kids age 7-14 to perform. The musicals are created by a team of award-wi
112
entries
35
diseñadores
Design Album Art For Hip-Hop Song
199 $
I am looking for Album art for a song called “Best Friend” for an artist named DeVille. The concept of the song is that
33
entries
15
Designer
Cover art for an upcoming comedy podcast centered around ridiculously bad movies
US$199
This is a podcast production company.
92
entries
17
diseñadores
Album cover art for kids - robot, mystery, "cool" (to an ca 8 year old :)), narrative
CA$ 269
We create an audiodrama series for kids.
26
entries
7
Designer
Logo design for true crime podcast
199 $US
The Prosecutors is a true crime podcast hosted by two criminal prosecutors. The hosts are male and female. Our theme mus
77
entries
17
designer graphistes
Design album artwork for inspirational solo artist Benjamin Dara
US$ 299
If when you hear the words inspirational music you imagine soft sounding music that will put you to sleep, think again.
34
entries
13
designers
Kom meer te weten over poster ontwerpen
Bekijk hoe het werkt