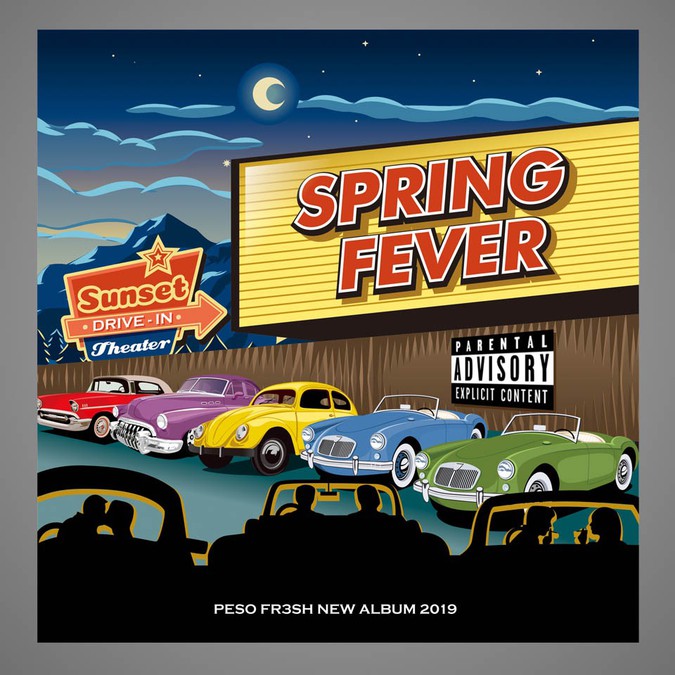 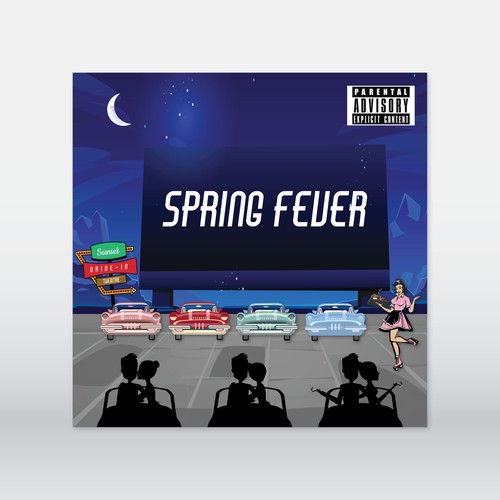 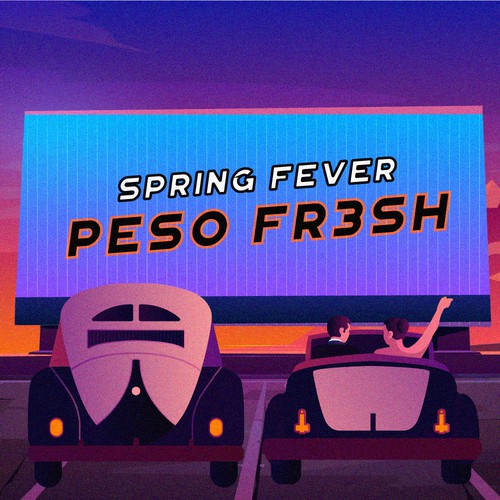 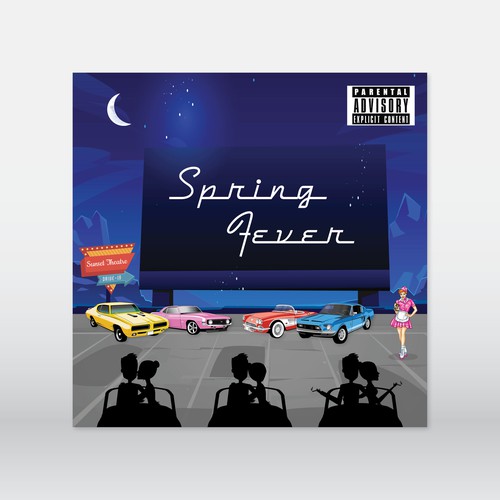 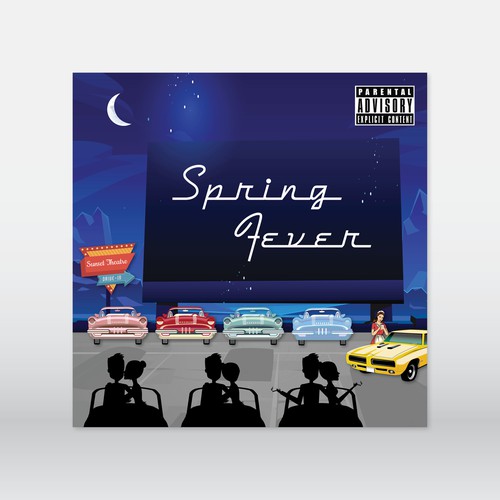 I am an artist and make songs in the rap / r&b genre.

I am looking for an album cover. I would like to model it after the photos attached. A 50's era drive in theme.

For the first photo, I like the three cars in the back where you can see shadows of actions. I would like the shadows to be one couple smoking in one car, a couple kissing in another, and a couple watching the movie in the other.

I like the setting at night with the stars, moon (crescent), and sky.

I would also like a row of cars in the front similar to the photo with a variety of colorful old school cars.

I would also like to incorporate a snack bar with the attendant in the snack bar on one side and a waitress walking around.

On the other side of the photo I would like to incorporate a sign similar to the second photo that reads Skyvue Drive-In Theatre but instead have it read Sunset Drive-In Theater.

Please incorporate the parental advisory photo in a corner