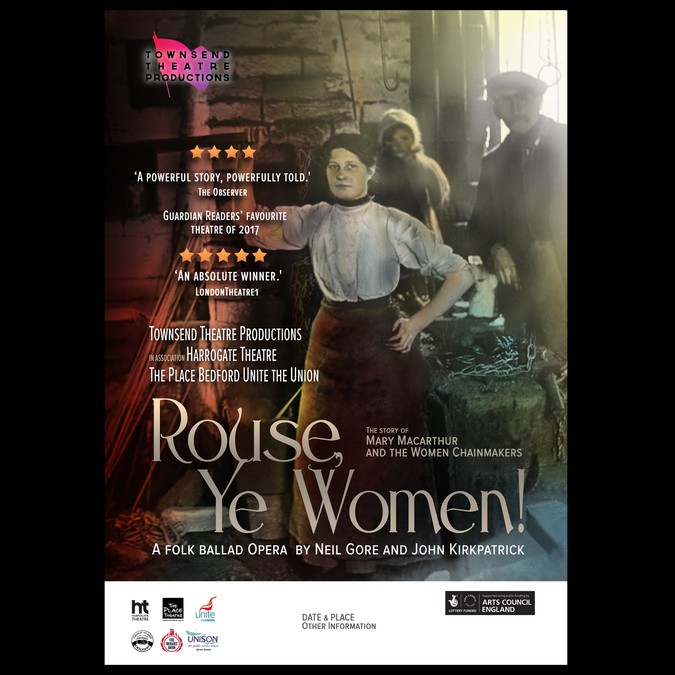 Design a period poster 1910 for a UK touring theatre company. We will credit in programme. 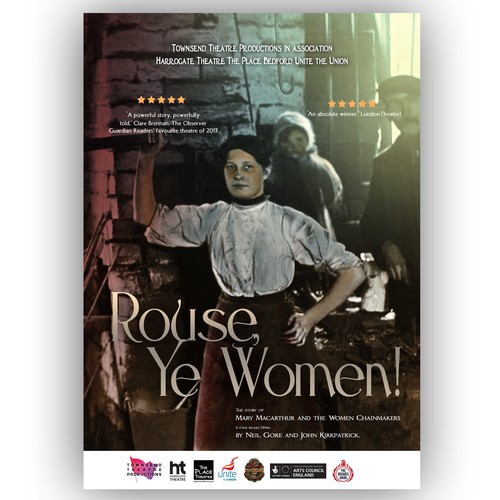 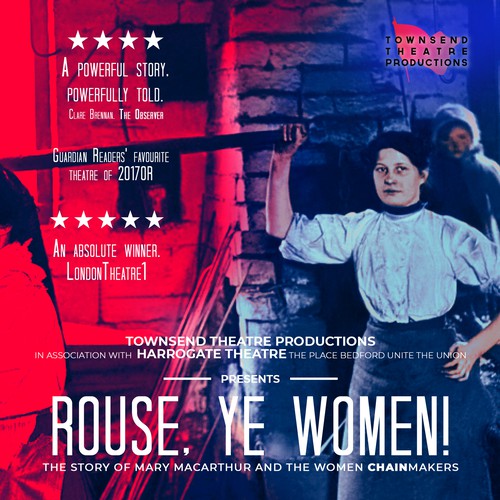 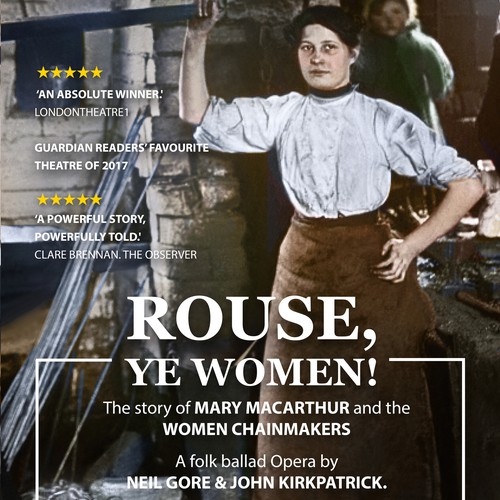 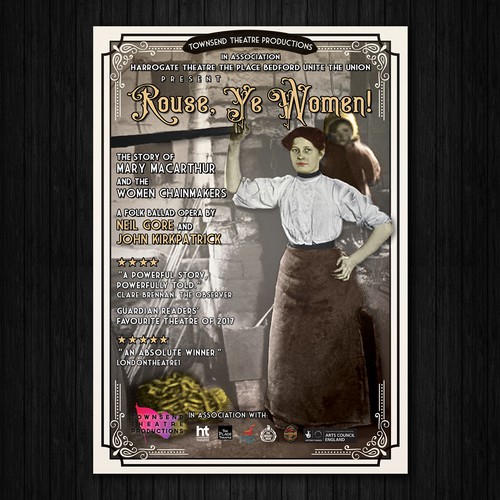 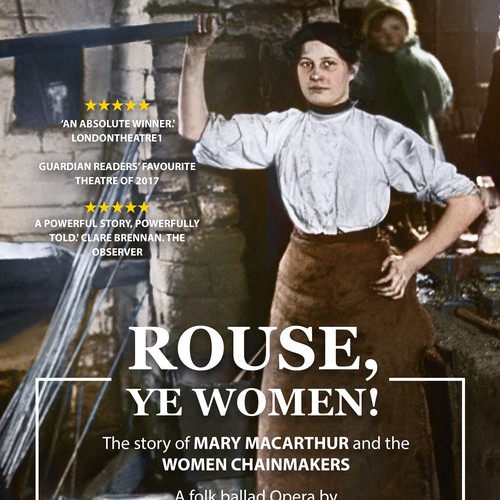 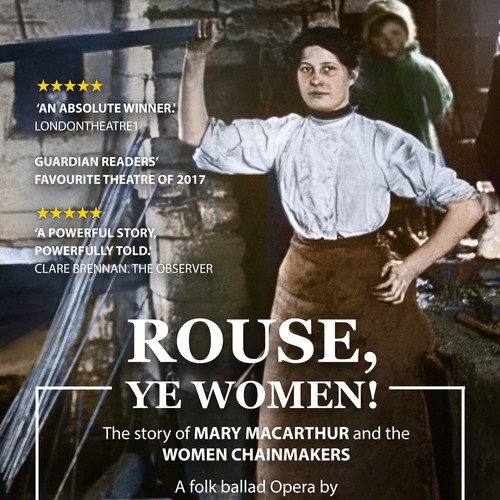 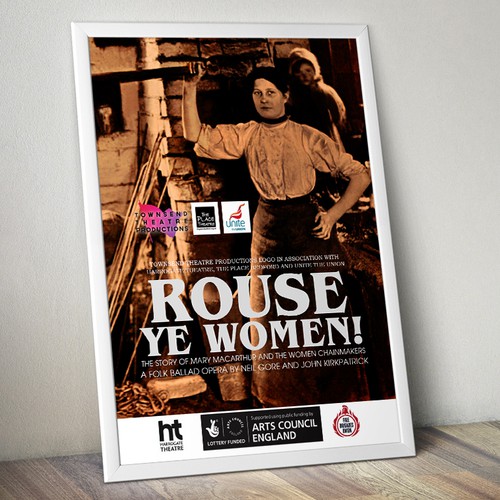 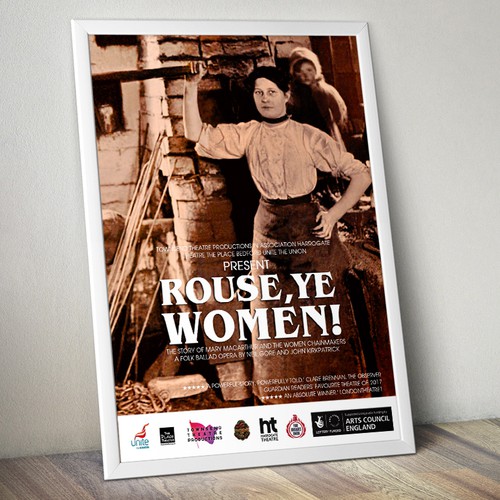 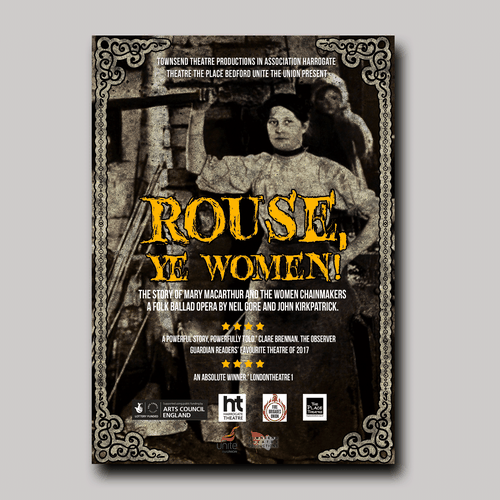 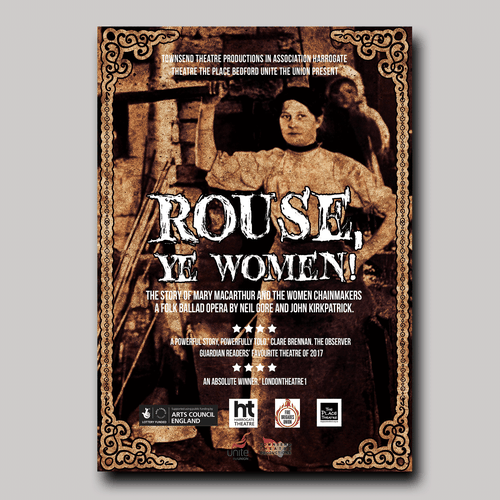 Townsend Theatre Productions tours the UK to all types of venues. We tell historical stories using drama, song, live music, comedy that have social and political relevance in an entertaining and thought provoking theatrical style. Are work is suitable for ages 11 plus upwards.

We would like a poster and the image designed (as we only have a black and white image & would like it colourised) for the folk opera/ballad of 'Rouse, Ye Women' - The story of Mary Macarthur and the women chainmakers 1910.

Women chain-makers in the Black Country in the 1900s started work at the forge as children and spent their entire lives making chains.
These ‘Slaves of the Forge’ worked long hours and earned the equivalent of 50 pence per week. But in 1910 the women chain-makers of Cradley Heath held a ten week strike led by trade unionist Mary Macarthur; a ‘Great Unrest’ that led to a landmark victory for a fair wage and changed the lives of thousands of workers earning ‘starvation wages’.
‘Rouse, Ye Women’ is a folk-song opera that tells the story of Mary Macarthur and the chainmakers, and shares the story of the lives of the workers and campaigners through rousing, heart-felt traditional song and music.

Please use the style of lettering and artwork used on the magazine uploaded I have referenced it. Also I have uploaded some style of images I like that I think the main picture would benefit from, maybe to add colour. Please colourise or line draw the photo but something needs to happen to it so it stands out!!

TEXT
The title of the play is:
Townsend Theatre Productions in association Harrogate Theatre The Place Bedford Unite the Union

Rouse, Ye Women!
The story of Mary Macarthur and the Women Chainmakers
A folk ballad Opera by Neil Gore and John Kirkpatrick.

There needs to be a large space at the bottom of about 5 cms for overprinting and also all logos need to go somewhere but do not need to be massive.

Start nu je wedstrijd
Finalize our Independent Film Poster for "Tomorrow"
US$199
We are in the final stages of post production of our short film, "Tomorrow" and we're seeking a finalized film poster, i
80
entries
33
diseñadores
University of Michigan Men’s Glee Club 159th Spring Concert
199 US$
We are the oldest student organization on the Michigan campus, and the second oldest collegiate choir in the country. We
39
entries
9
diseñadores
Create Podcast Art for me
199 $
I am starting a podcast called The Musical Lawyer and I need some cool cover art to go with my podcast.
43
entries
17
Designer
Once in a lifetime
199 $
Motivational speakers, pastors, churches
128
entries
23
Designer
DON'T BE A SUCKA: Powerful film poster w/matching social media banners
USD 199
91
entries
12
designer
Music Catalog needs creative album covers
199 $
Music For TV & Film
23
entries
10
Designer
Kom meer te weten over poster ontwerpen
Bekijk hoe het werkt