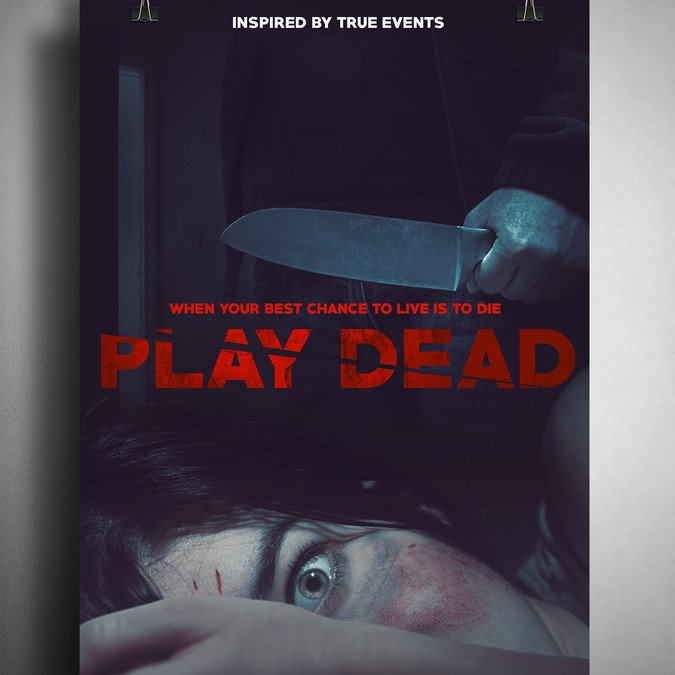 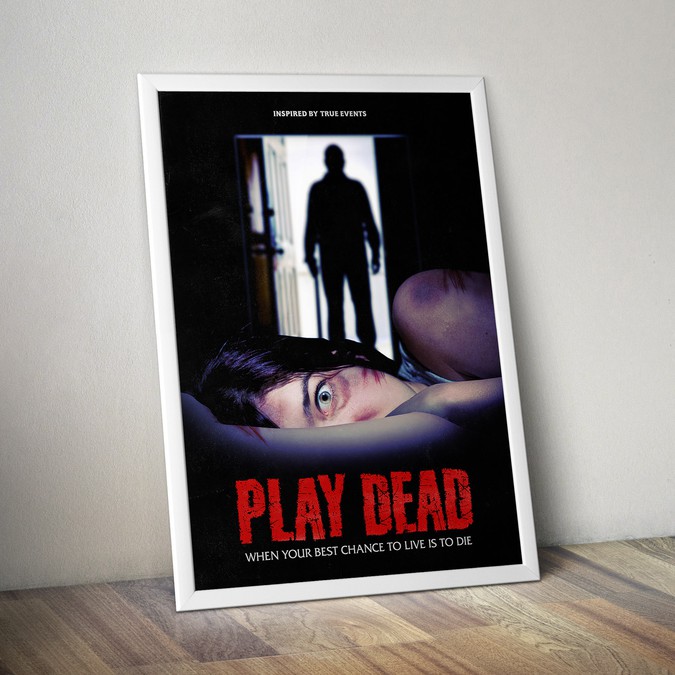 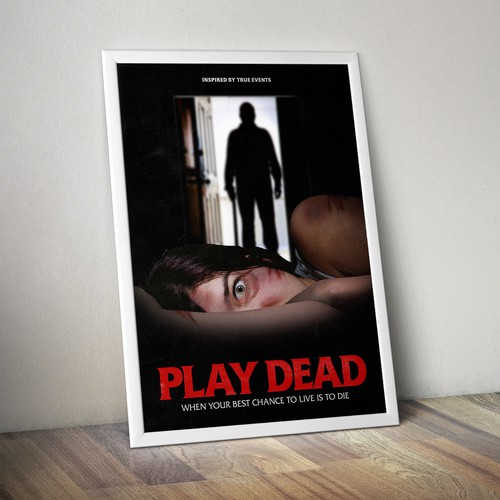 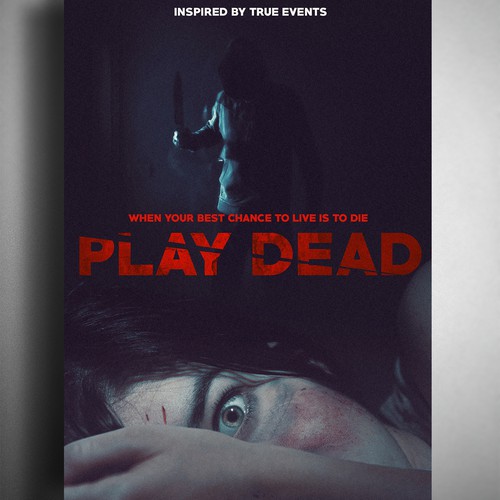 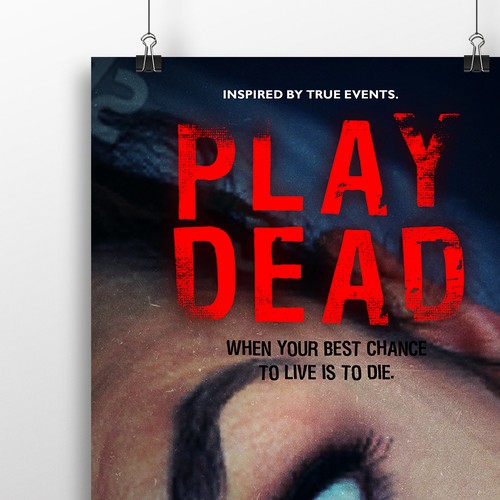 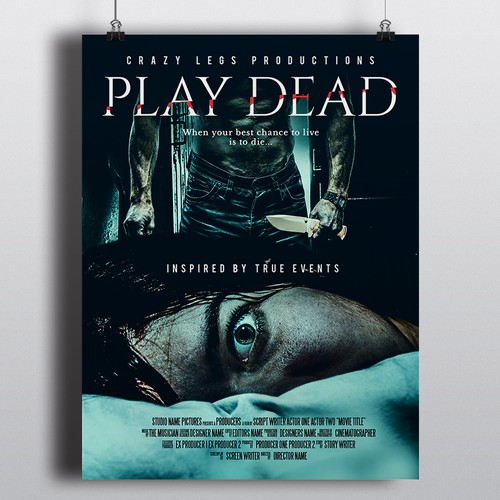 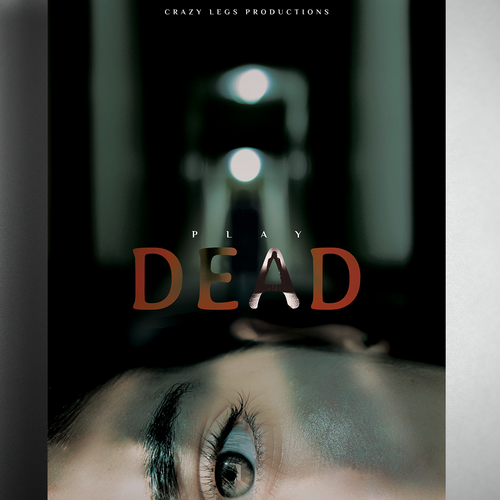 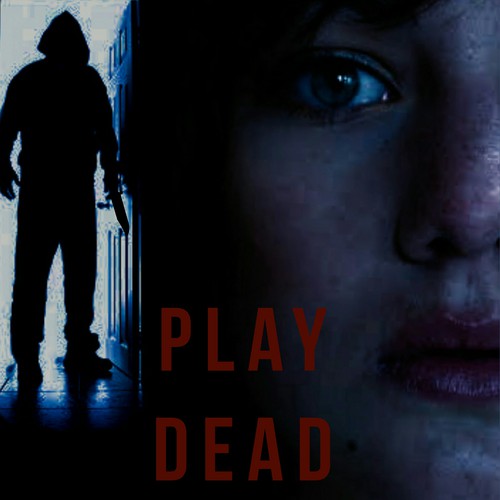 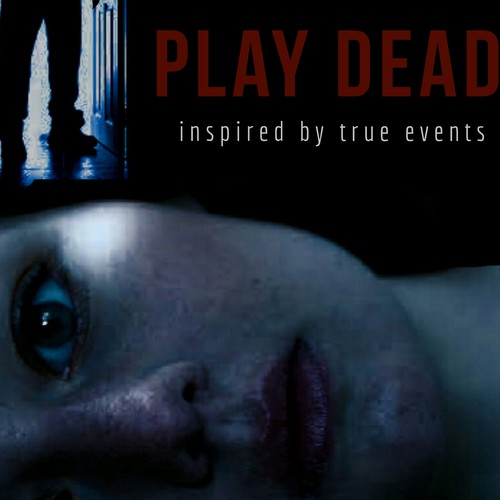 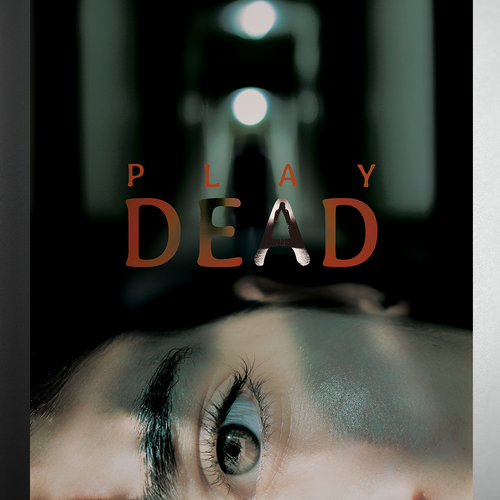 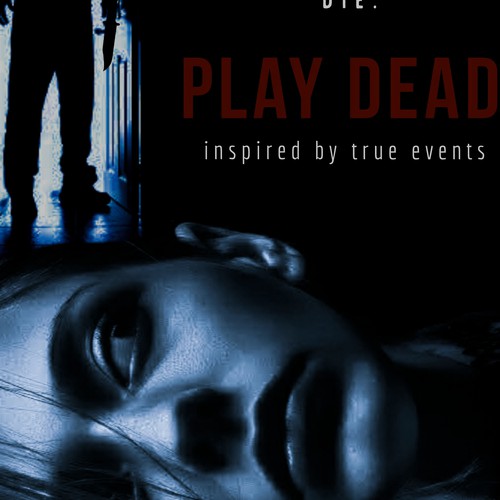 We develop and produce television series and movies for major networks.

We need a gripping movie poster design for a female-driven thriller that is being developed for a major network.

Synopsis: A violent intruder breaks into the home of single mother Joy Monroe. Joy must use every survival instinct she can to keep her sleeping son safe in the next room, including pretending to be dead until the intruder flees. But when the man she's confident should be pinned for the crime walks free, Joy will stop at nothing to see that justice is finally served, even if it means taking matters into her own hands.

Tagline to be used in poster: When your best chance to live is to die.
Also to be included somewhere: Inspired by true events.

Suggestions: We'd like the poster to show an extreme close up of a woman's face (laying horizontal on the ground) looking directly at us in the foreground, eyes wide open and a look of fear on her face, while we see behind her in the background a shadowy figure with a knife. This concept is very similar to the movie poster of "Panic Room" (image below), so please use that as a reference or starting point. We'd like to be much closer on the woman's face than what "Panic Room" shows, focusing much more on her eyes. Another idea to consider is making the intruder almost standing over her (still behind her though) so that we all we see are his legs and hand holding a knife. Another possibility is to be even closer on her eyes or eye maybe see the reflection of the intruder in her pupil instead of behind her. These are our initial thoughts but also open to other ideas as long as they effectively convey the scary challenge of "playing dead" long enough for your attacker to leave you.

Additional Note: there is no need to include a block of credits.

This film is currently in development so there are no production stills to utilize. Designers must rely on stock or other images. This poster is for internal pitching only at this time, but subject to being updated with final talent and utilized upon the film's release. Designer may be listed in the film's end credits.

Showcase Invitation
259 $AU
Acting School...
49
entries
12
designer graphistes
Short film poster for a twisted drama!
199 $US
We are filmmakers. Poster is to market our short film online and at film festivals we get accepted to.
71
entries
16
designer graphistes
Create a film poster for odd-couple movie Godspeed
599 $
We are film distributor.
68
entries
14
Designer
Book cover edit with new illustration
US$ 299
Dinner Theater Company
34
entries
9
designers
Sea-Blues 2019 Festival Poster
US$199
We organize and put on events within the City of Clearwater. Our Sea-Blues event is a 2-day blues and seafood festival t
85
entries
12
diseñadores
Documentary POSTER design for Age of the Entrepreneur!
399 CA$
We create educational and inspiring documentary films.
89
entries
27
designers