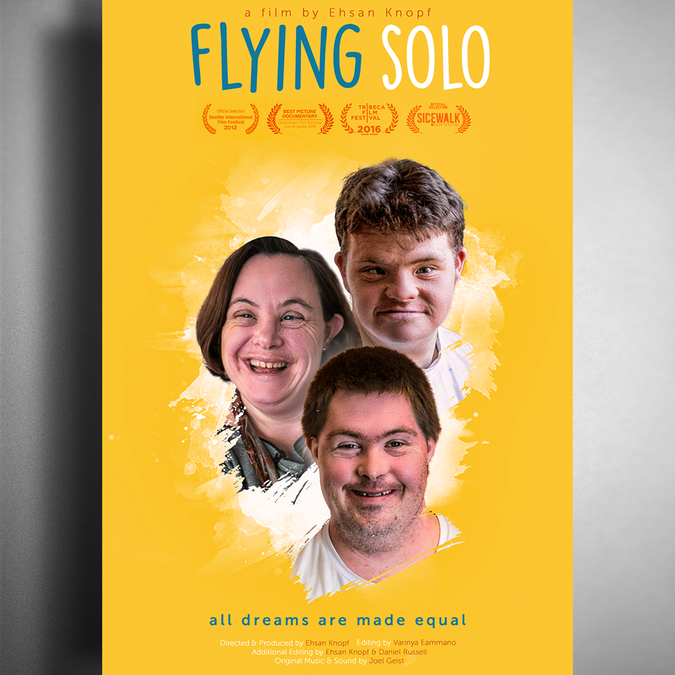 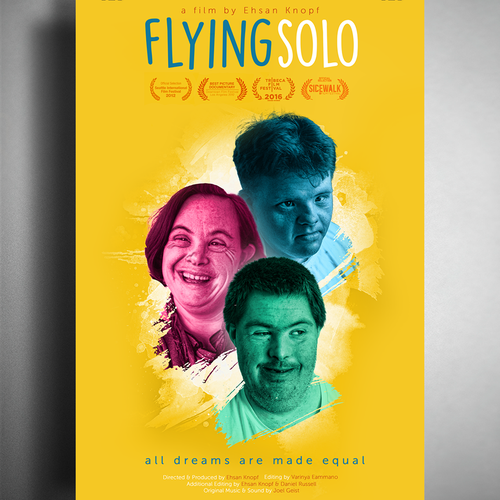 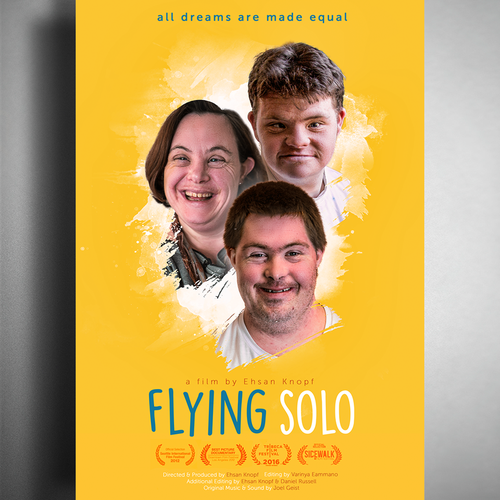 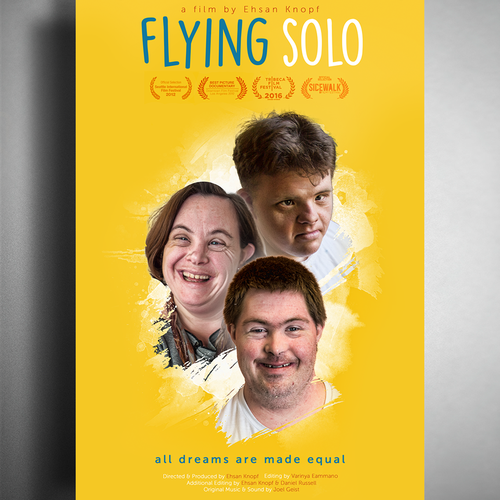 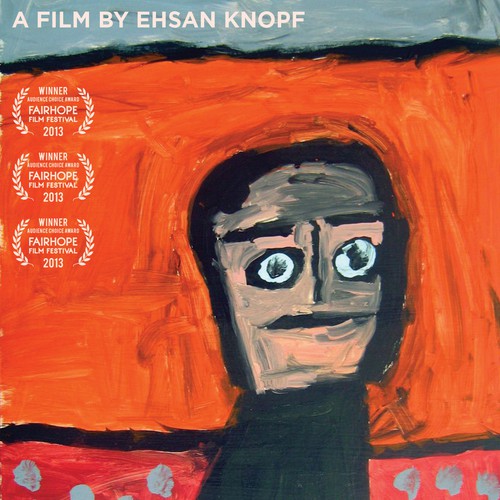 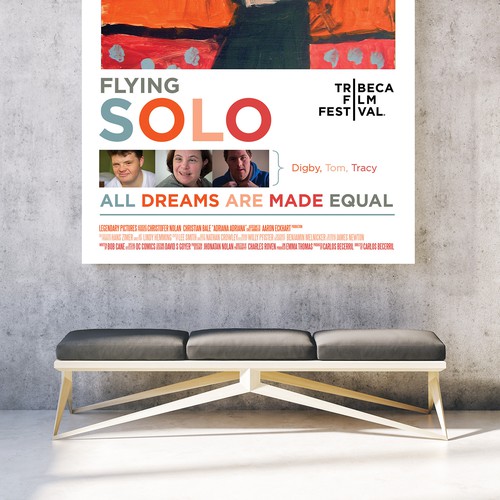 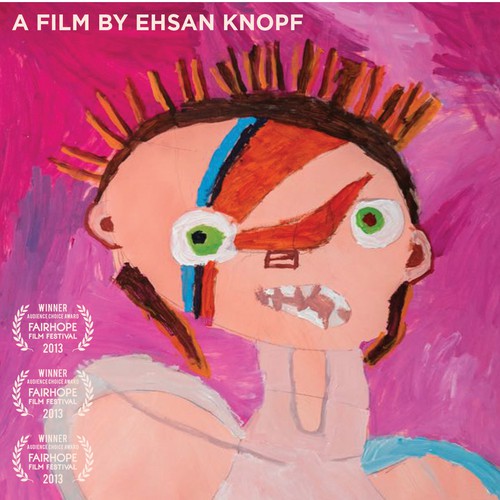 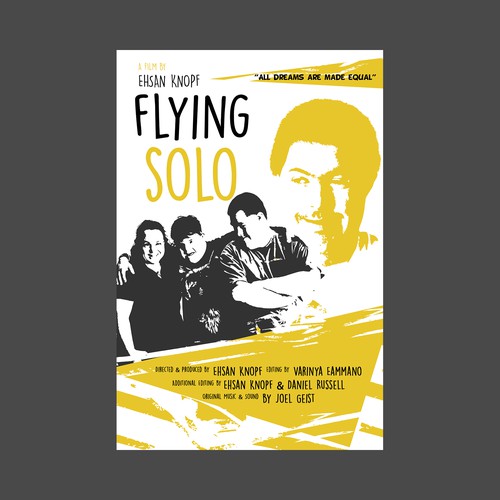 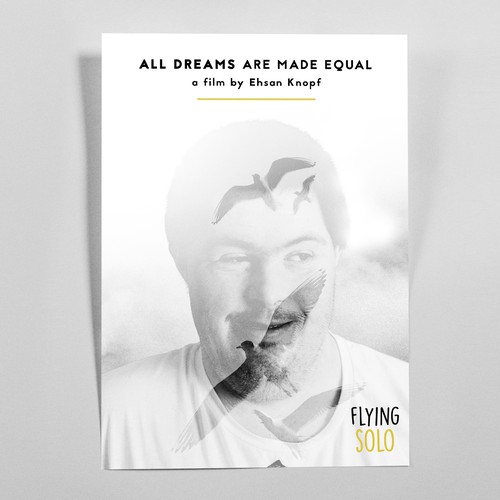 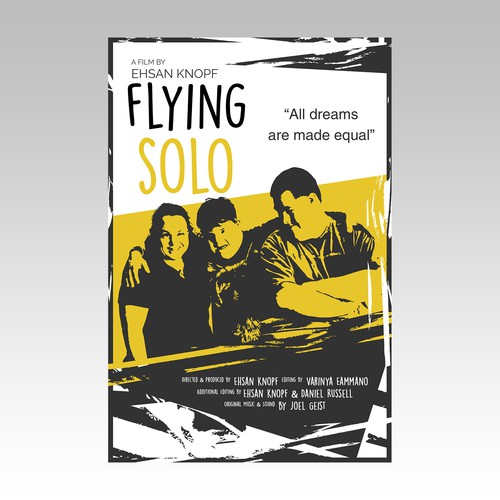 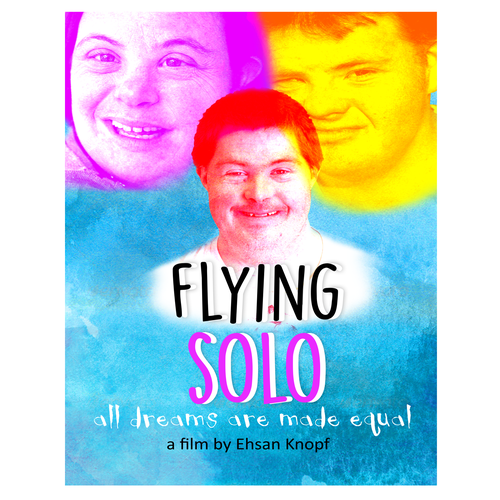 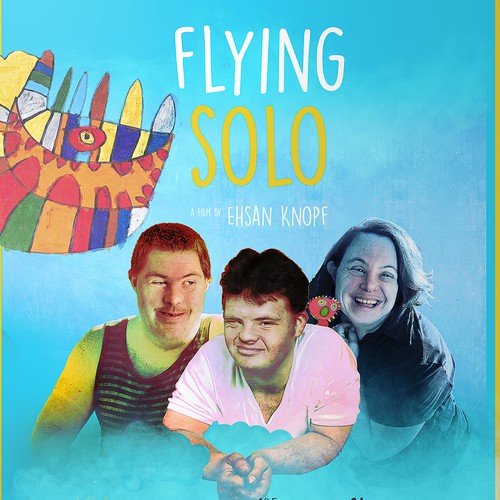 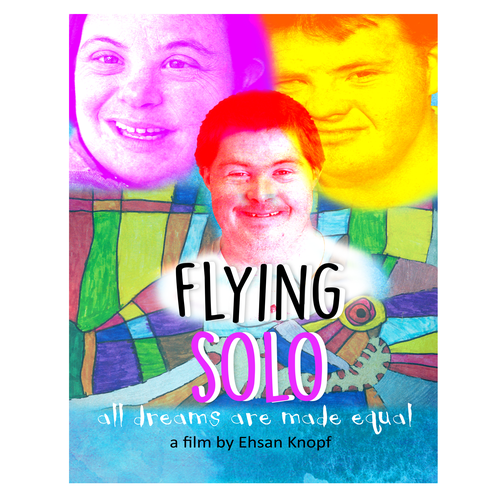 This brief is for a movie poster (24” x 36”, A1) for a feature documentary about three adults with Down syndrome on a quest to become independent. Sydney resident Digby Webster is a talented artist who dreams of one day moving out of home. His friend Tom Elenor fantasizes about stardom but struggles with the responsibilities that come with living independently. Award-winning actress Tracie Sammut now wants to teach acting and put a stop to industry stereotyping. Each share a disability that society doesn’t always understand, or accommodate. As they take their first strides towards independence, they face new challenges and opportunities that will test their resolve. In their struggle to find a balance between dreams and reality, can they fly – or will they fall?

The film is energetic and life-affirming in tone and I’d like this to be reflected in the design. It also features the vivid artworks of subject Digby (attached - available in RAW format upon request), which I would like to be incorporated in some way thematically, be it in the use of colour or the design, or in the use of paint textures etc. I would like it to be bold, simple colourful and lively without being too overwhelming or congested. The poster should incorporate images of the protagonists Tom, Tracie and Digby (also attached – available in RAW format upon request), be it the photos themselves or illustrated portraits of them. The goal is to capture the eye, generate curiosity/entice people to watch the film.

It should also incorporate the film’s titles, the tagline “all dreams are made equal” (not 100 percent mandatory) and the phrase “a film by Ehsan Knopf” and possibly standard poster information such as key talent (can provide all details upon request), if the designer thinks it adds to the design by including it (otherwise a provision will need to be made in the design for later including such information, be it in the form of an optional design element layer). Designers are welcome to redesign the film title (supplied as a .psd) as part of the poster design. The film has not yet been submitted to film festivals but the design should have an option to include quotes or mention of film festival laurels, to be adjusted post-delivery by the filmmaker.

The design is for a standard film poster and can be delivered in Photoshop, Illustrator or InDesign format. It should be customizable, i.e. easily adjusted to work either horizontally or vertically and fit other standard image specifications used by (for example) Facebook, iTunes and Amazon Prime, as it will be used across a number of distribution and advertising platforms. It should be scaleable for a number of poster sizes. These variations can be included in the final delivery file or as separate files – whatever is easiest.

More details including samples of film posters that can be used as inspiration are included in design brief pdf.

Dynamic 16 year old needs Eye-catching Event Flyer
US$199
Christopher Duffley is a talented speaker and artist. We visit schools, communities and different venues, sharing stori
54
entries
16
diseñadores
create a movie poster for a thriller movie
199 $US
we are releasing movies on Video on Demand in France, on platforms like ITunes
48
entries
20
designer graphistes
Design a poster for the short film "Nailed"
$199
Film production - script to screen for feature film, web series, commercials, documentaries and music videos.
116
entries
27
デザイナー数
Design An Album Cover/CD For Jazz Singer/Songwriter/Pianist (Images Already Provided)
AU$ 259
I am a jazz singer/songwriter/pianist. Although I've listed this under"posters," what I need is a double sided cardboard
111
entries
14
Designer
Sea-Blues 2019 Festival Poster
US$199
We organize and put on events within the City of Clearwater. Our Sea-Blues event is a 2-day blues and seafood festival t
85
entries
12
diseñadores
Documentary POSTER design for Age of the Entrepreneur!
399 CA$
We create educational and inspiring documentary films.
89
entries
27
designers