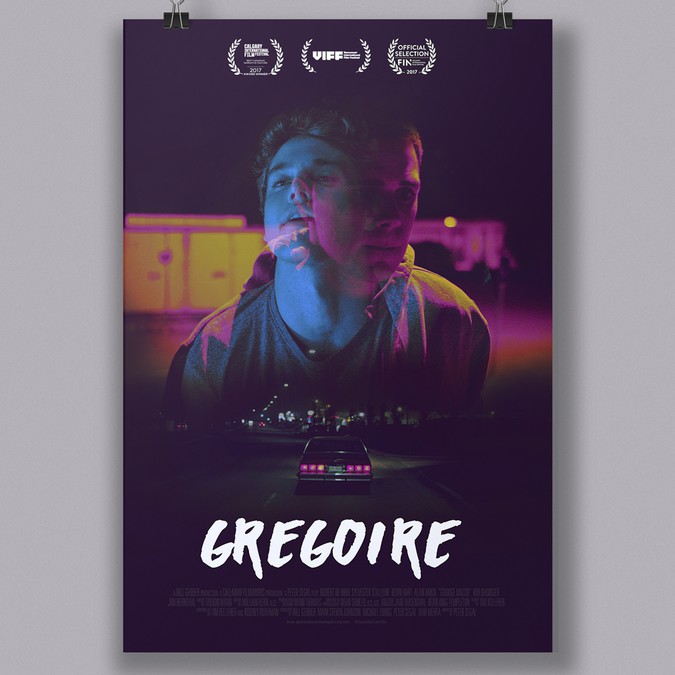 Make a cool poster for GREGOIRE a new movie release 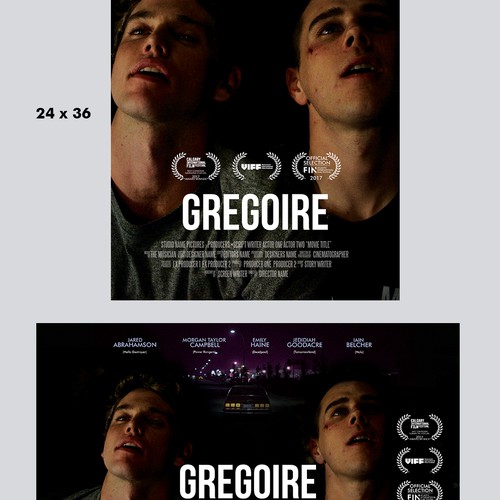 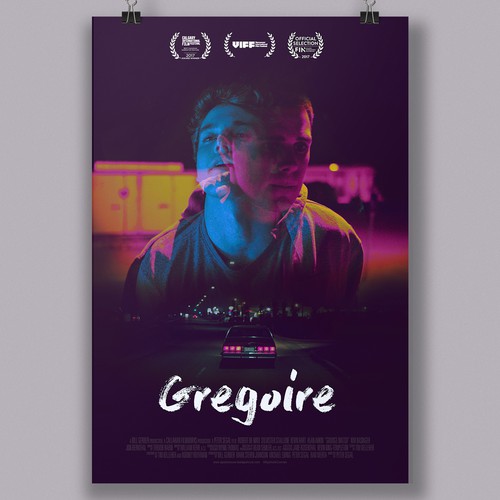 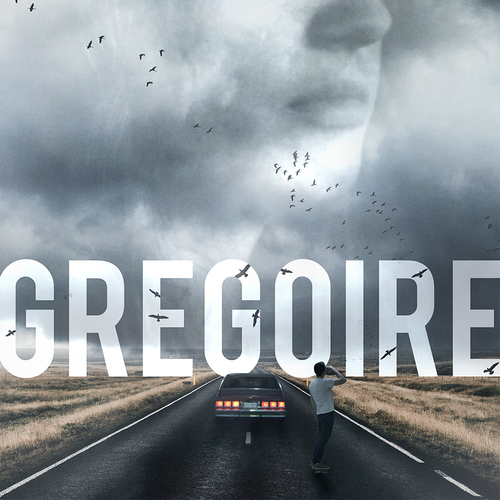 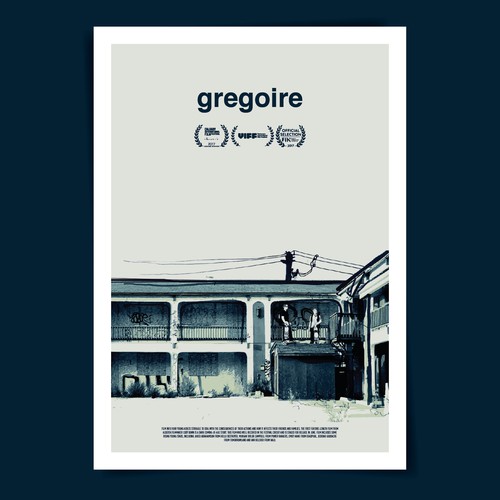 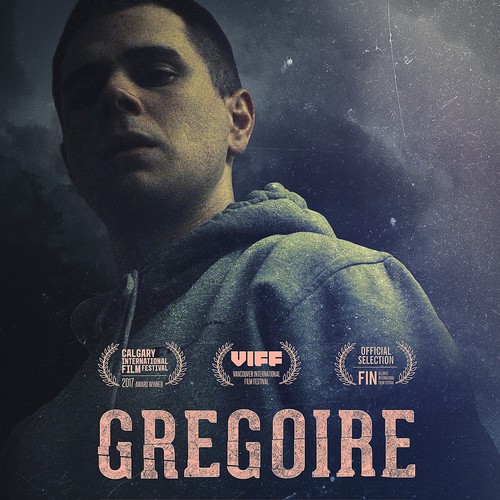 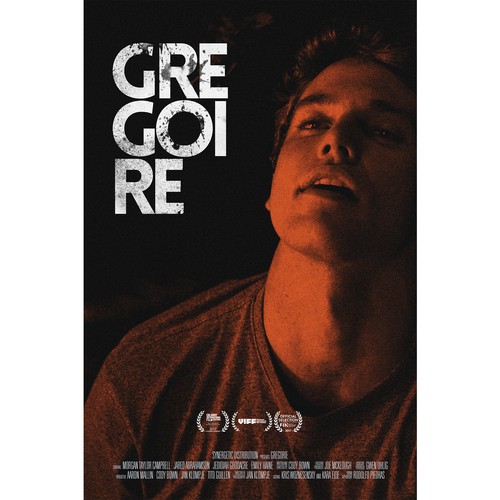 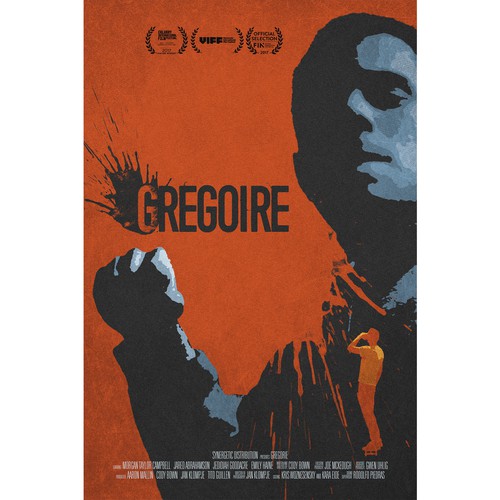 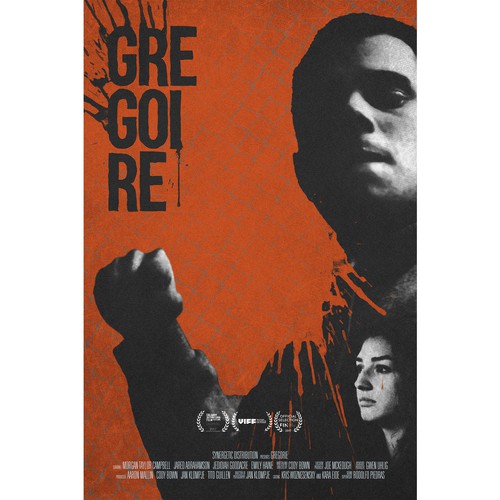 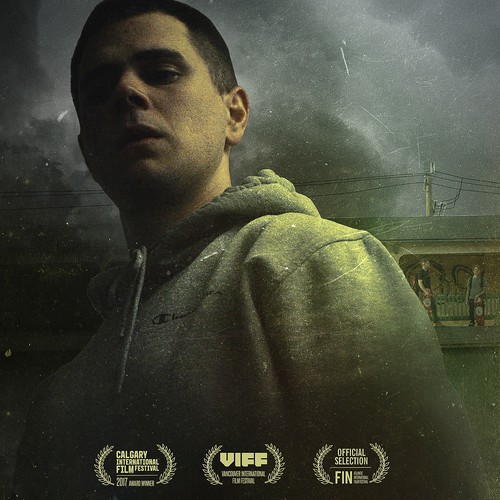 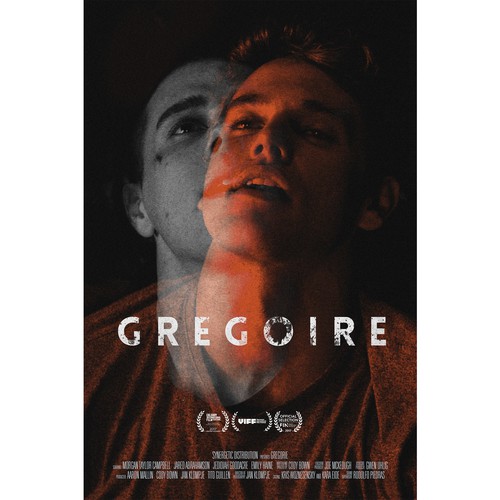 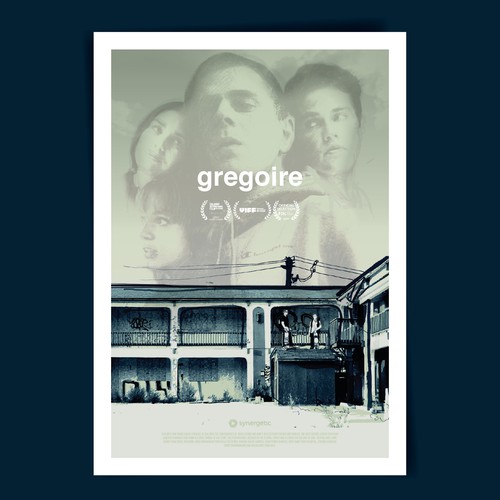 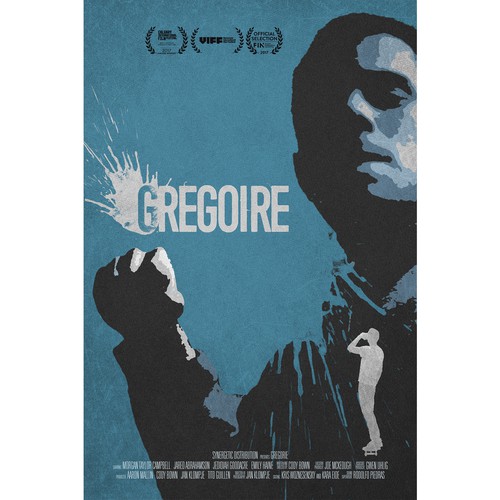 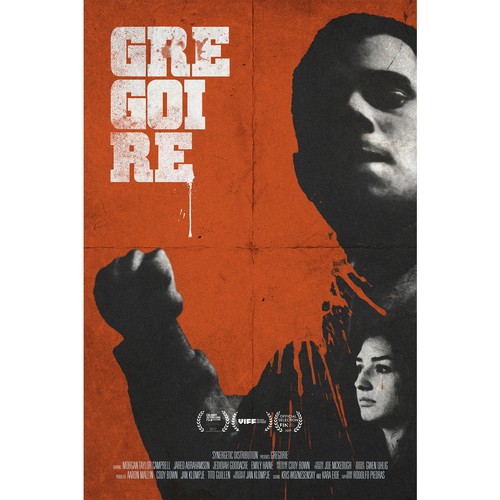 We are film distributor.

We would like a poster for our upcoming release, GREGOIRE. This film revolves around a group of hapless teens looking for meaning and dealing with the slings and arrows of blue collar living.

Synopsis: Four young adults struggle to deal with the consequences of their actions and how it affects their friends and families. The first feature-length film from Alberta filmmaker Cody Bown is a dark coming-of-age story. This film was well received in the festival circuit and is staged for release in June. Film includes some rising young stars, including Jared Abrahamson from HELLO DESTROYER, Morgan Taylor Campbell from POWER RANGERS, Emily Haine from DEADPOOL, Jedidiah Goodacre from TOMORROWLAND and Iain Belcher from HALO.

There's a lot of teenage angst movies. This one takes a darker path, and so, the pinterest feed includes several films which share a similar tone. Examples include:

Have a look at these as some of them have very effective movie posters. Adjectives that come to mind when rendering this tone would be "dark", "hip", "edgy", "bleak", "cool". Mysterious Skin and Brick would by my favorites for posters which hit these marks the best, though several of the films in the pinterest feed exhibit some of these qualites, and so, can be also used for reference/direction.

Hopefully, the stills provided will offer enough to generate something. If you don't have time to watch the feature, the trailer gives a good sense of the tone as well.

Many thanks in advance for your efforts!

We require main imagery to be poster size, generally 24"x36". We also require a landscape version (16x9). All files should be delivered as layered PSDs, a jpg version, and fonts should be included.

Short film poster for a twisted drama!
199 $US
We are filmmakers. Poster is to market our short film online and at film festivals we get accepted to.
71
entries
16
designer graphistes
Yeppoonfest 2018 Poster
259 AUD
Yepponfest is an annual music and cultural festival based in Yeppoon, Queensland, Australia. Target audience is adults b
30
entries
9
diseñadores
Show Poster For Magic and Illusion Show
$ 299
This is a poster for a magic and illusion show.
96
entries
30
Designer
Create a film poster for odd-couple movie Godspeed
599 USD
We are film distributor.
68
entries
14
designer
Disturbing Poster Design
GBP 459
A theatre play with a prostitution theme Adult audience
63
entries
10
diseñadores
Documentary POSTER design for Age of the Entrepreneur!
399 CA$
We create educational and inspiring documentary films.
89
entries
27
designers

Start nu je wedstrijd
University of Michigan Men’s Glee Club 159th Spring Concert
USD 199
We are the oldest student organization on the Michigan campus, and the second oldest collegiate choir in the country. We
39
entries
9
designer
Australian Illusionist needs exciting poster for a new Illusion & magic show
AUD 799
A theatrical stage show that stars a modern day Illusionist that specialises in the art of Grand Illusion, Magic and Dea
94
entries
30
diseñadores
1 out of 14 posters for a Classical Music Festival
US$ 199
We are an organisers of the international classical music festival named after a legendary Azerbaijani composer Uzeyir H
29
entries
12
designers
Once in a lifetime
199 USD
Motivational speakers, pastors, churches
128
entries
23
designer
Girly Cute Vibrant Podcast Cover Art for The Ballerina Notebook
199 $
The Ballerina Notebook is a podcast for young ballerinas and their moms. I am creating a platform that addresses popular
77
entries
25
Designer
Music Catalog needs creative album covers
$ 199
Music For TV & Film
23
entries
10
Designer
Kom meer te weten over poster ontwerpen
Bekijk hoe het werkt