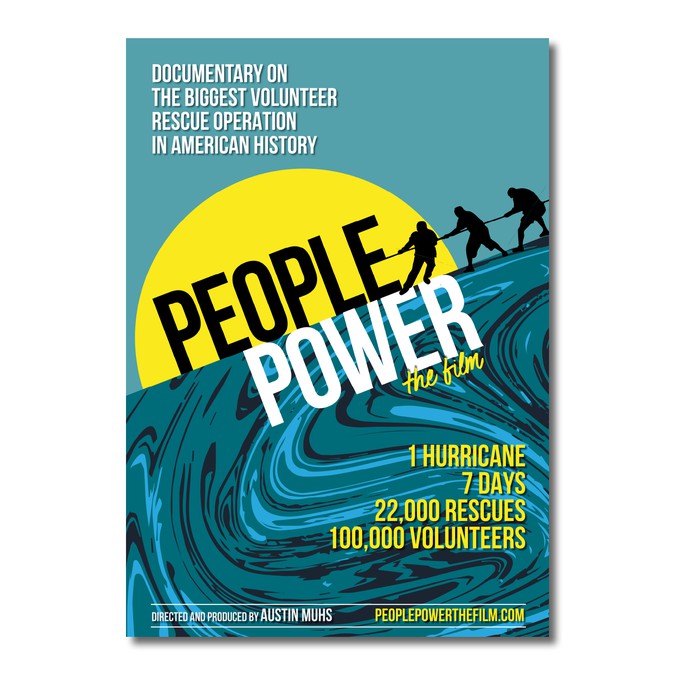 Stunning Movie Poster for "People Power" a (soon to be ;) !) Widely Publicized Documentary 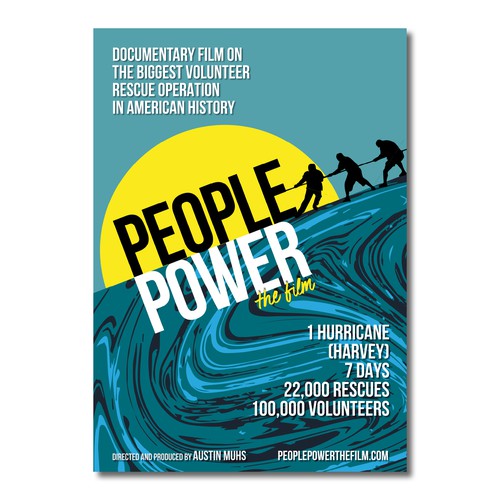 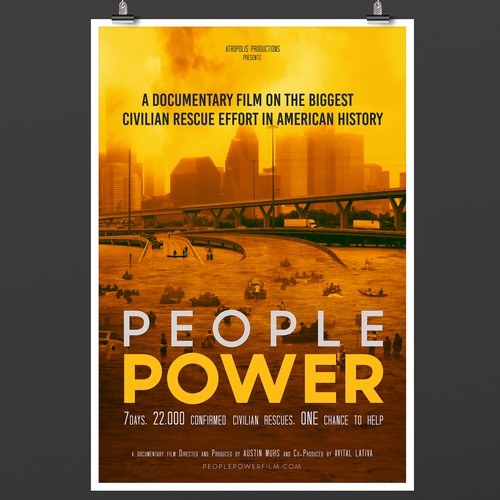 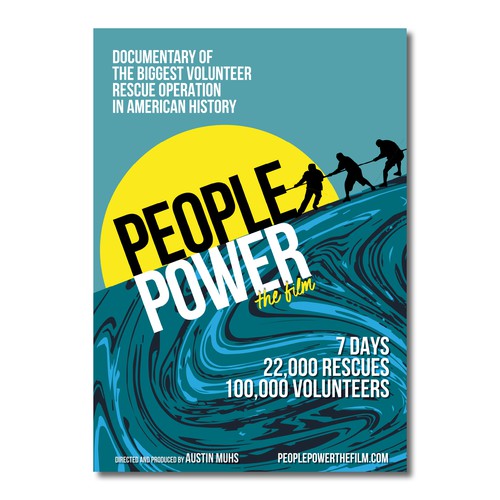 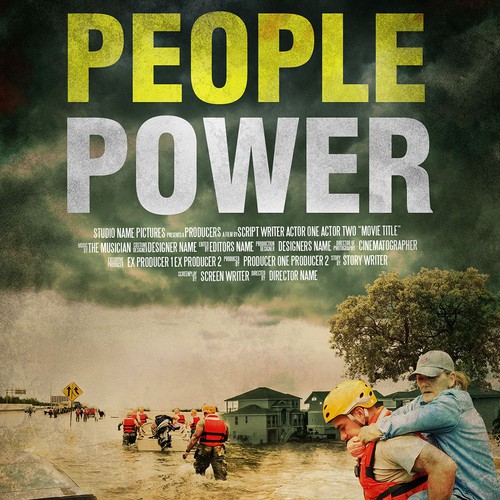 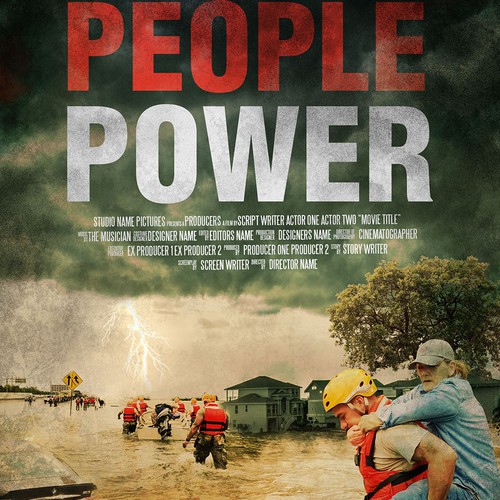 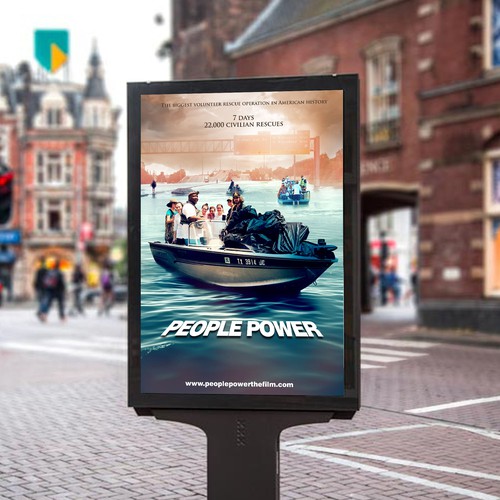 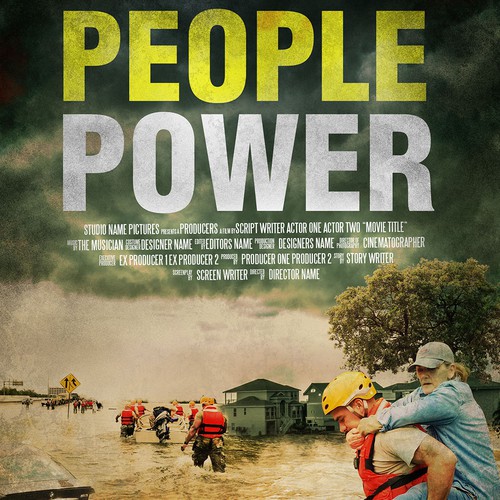 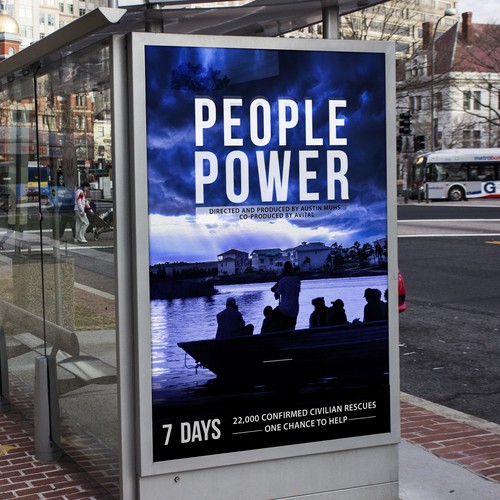 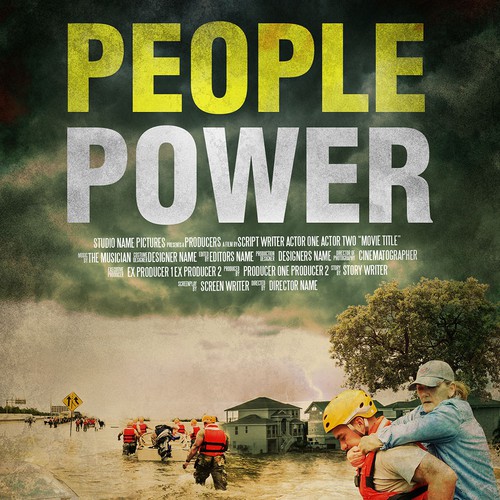 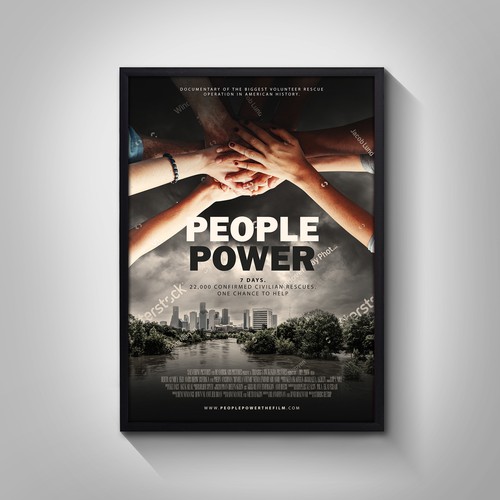 Hey guys thanks so much for all your efforts so far things look amazing.

So now that I look at it, another designer had a good idea for the subtitle... I think the subtitle should read... Documentary of the biggest volunteer rescue operation in American history. Below we could put the other stuff 22k rescues, 7 days, etc, but it may be too cluttered then... hmmmm .

It may be cleaner this way. Then I should add the website (which isn't up) somewhere on it as well...
peoplepowerthefilm.com

Ready for a career designing posters for the film industry? I hope so haha!

The film in a nutshell is an uplifting documentary about the 22,000 civilian rescues that happened by the people, for the American people during Hurricane Harvey while the government sat on their asses and waited for people to die. (Please include the title “people power” in the poster) Long story short it was the biggest rescue effort in American history and it was an organic spontaneous effort of 100k plus volunteers from around the globe. But mostly located in Tx and Lousiana. Creatively. I have no idea what I want from the poster, but I want it to be really eye catching and Amazing, Directed and produced by Austin Muhs and Co-Produced by Avital ???? (ill get her last name later) should be on there along with the title..

These clips will give you an idea of what the film is all about... (Film is done but the trailer isn't)

Would love to make this something special to uplift people around the world!

Design a movie poster for the short film "The Case of the Missing Case"
$299
Film production - script to screen for feature film, web series, commercials, documentaries and music videos.
86
entries
20
designers
Create 8x8" Hand Lettered Coloring Poster Page
199 $US
We are a publishing company located in Northern Michigan. Our primary focus over the last 18 months has been publishi...
109
entries
21
designer graphistes
Une bonne affiche pour une bonne comédie ! A good poster for a good comedy!
279 €
We do theater and we specialize in comedy...
28
entries
8
designer graphistes
Poster for performance at a nursing home
A$259
Produces unique theatre and music-based works for community groups....
111
entries
25
designers
The Constitution THEATRICAL MOVIE POSTER
US$ 999
We are a film distribution company.
102
entries
13
designers
Movie Poster for psychosexual thriller, "The Painter"
299 $US
Film. Target audience 25-65.
69
entries
18
designer graphistes