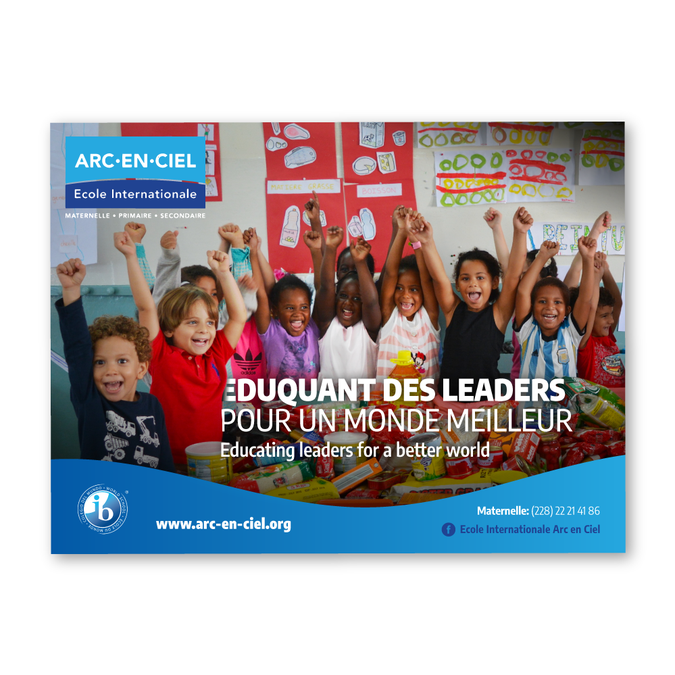 Help the world: International School in Africa looking for billboards! 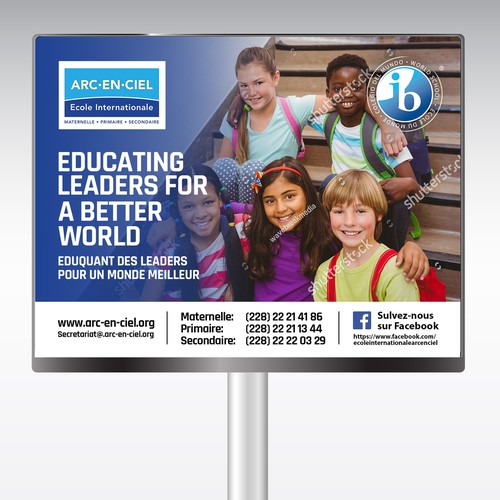 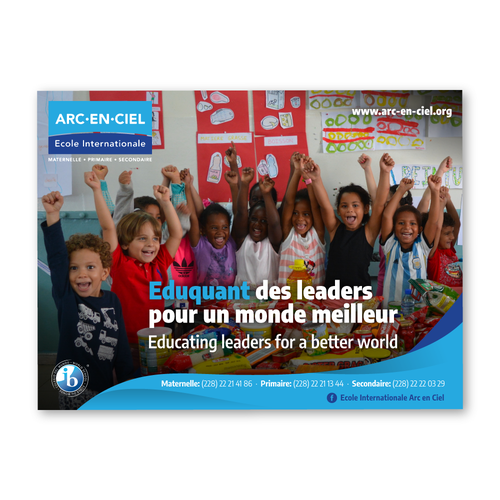 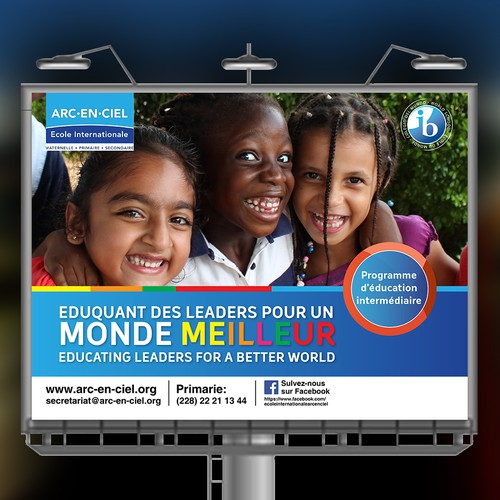 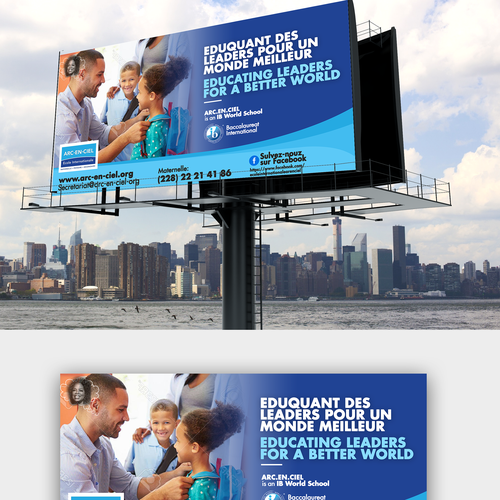 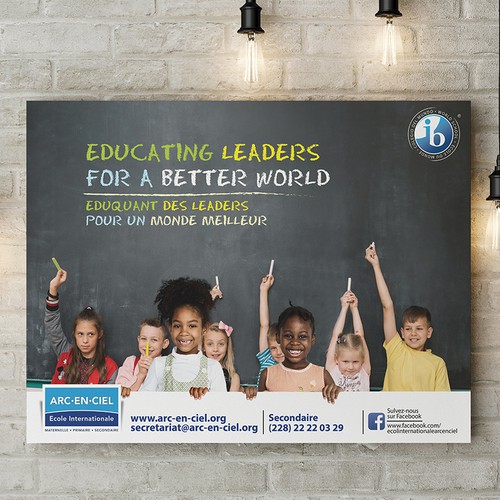 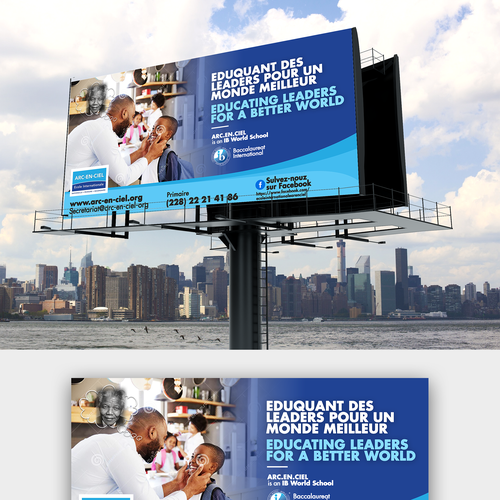 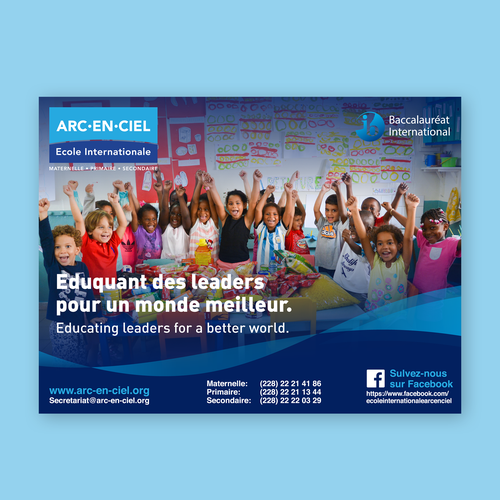 We offer Nursery to Grade 12 primary education using the International Baccalaureate curriculum (IB) at all levels, in both French and English in Togo (West Africa)

We want to post impactful billboards throughout the streets of Lome (capital of Togo) to attract parents to send their children to our school. Three different billboard designs will be required to showcase the different students' age groups: the first billboard will showcase kindergarden age kids, the second primary age kids and the third middle-high school age kids. The billboard will be primarily in French with a translation of our mission in English as well (designer does not need to speak French, language is provided below). Billboard will be in landscape format.

We will need to have our logo displayed clearly as well as the logo of the International Baccalaureate (the curriculum we use): both of these logos are being attached and can also be found online. Our website link (http://www.arc-en-ciel.org), and phone numbers for the kindergarden, primary and secondary will also need to be included. Phone numbers will be listed as follows: "Maternelle: (228) 22 21 41 86", "Primaire: (228) 22 21 13 44", "Secondaire: (228) 22 22 03 29". A Facebook logo should also figure to illustrate that we are present on Facebook.

Our mission should figure in both French and English: "Eduquant des leaders pour un monde meilleur."; "Educating leaders for a better world."

Designers should feel free to be creative in terms of picking an impactful, inspiring, joyful image of children for the kindergarden, primary and secondary. The picture should showcase racial and gender diversity (black kids in particular must be included, the school being in Africa); some pics of our campuses have been attached and can be found on our website as well. Designers can also feel free to arrange the information in an attractive way and choose the font necessary. Colors can be chosen, but it should be noted that the blues in our logo are our school's colors. We are open to any other ideas that may contribute to the billboard being impactful to the viewer.

An example of a previous billboard is included attached. Stock images can be used, but they should ideally be free. Our website http://www.arc-en-ciel.org has pictures from the three campuses of our school that can be used, and am including nice pics that showcase our offering though not required to use them.

Community Learning Place Australia needs a new Certificate
A$199
Child Care and IT accredited training
22
entries
8
designers
AspirEDU Inc. needs a new signage
US$199
We provide educational analytics to high schools, colleges and universities. With our proactive analytics solutions…
68
entries
10
designers
signage for Quick Response Marketing
$199
Ad Agency that's going outside for this porject....which is a billboard design, 12x24 and it's for a university…
18
entries
8
designers
creative minds only.
A$199
Exceptional Tuition and Resumés specialises in providing home based face-to-face and online individual academic tuition
14
entries
7
designers
Car door sign for a driving school's training vehicle. Logo is provided
$199
We teach teenagers to drive. We prepare them to pass the California Department of Motor Vehicles driving exam by lett...
53
entries
17
designers
Tabletop design needed for top certification company (IDFA)
US$199
The Institute for Divorce Financial Analysts (IDFA™) is the premier national organization dedicated to the certific...
27
entries
8
designers