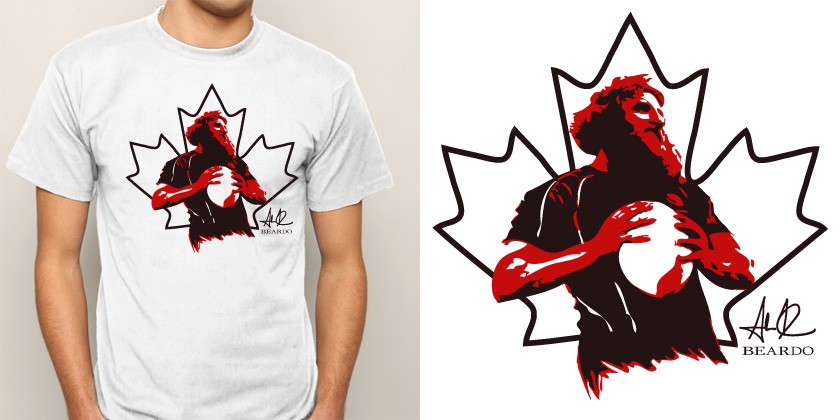 Who can design the best t-shirt featuring our Bearded rugby star?! 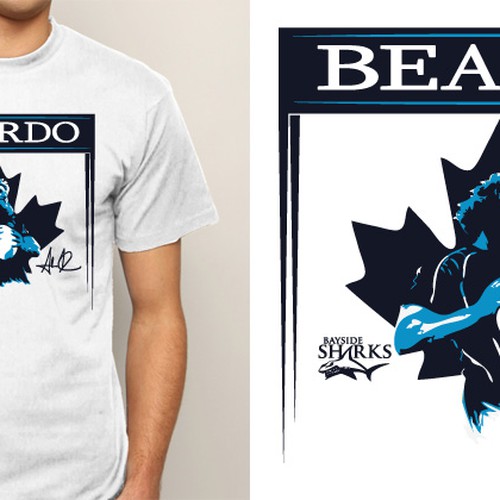 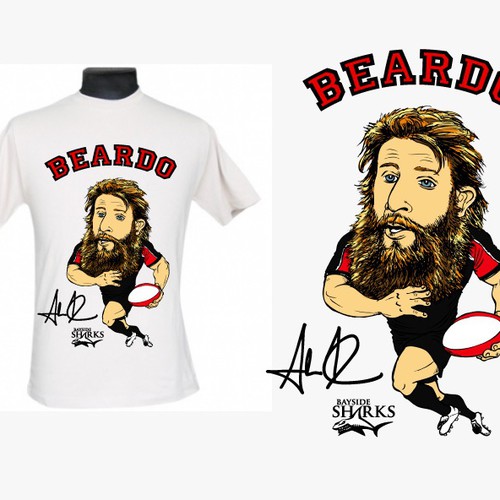 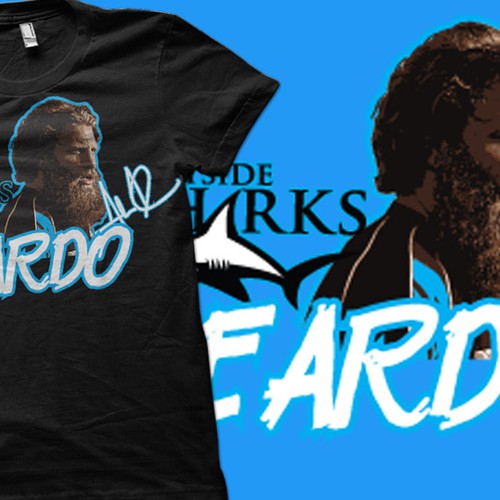 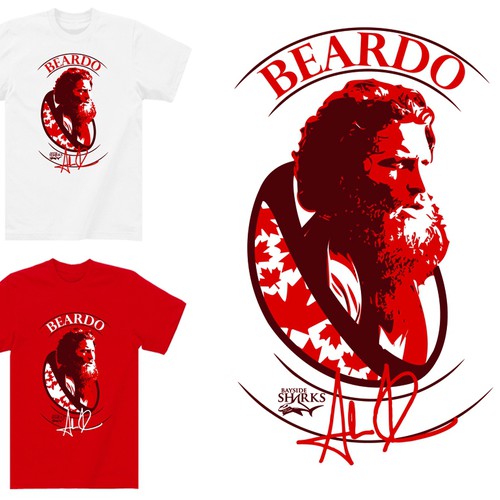 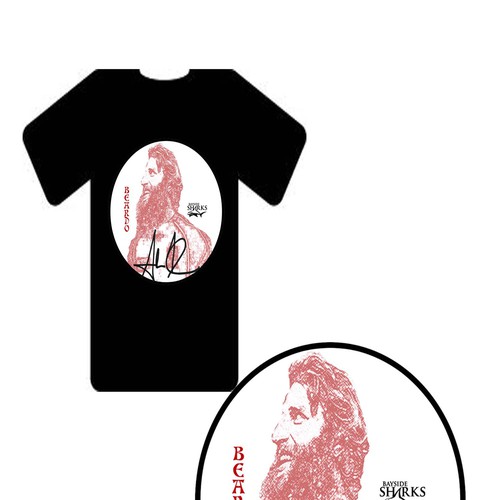 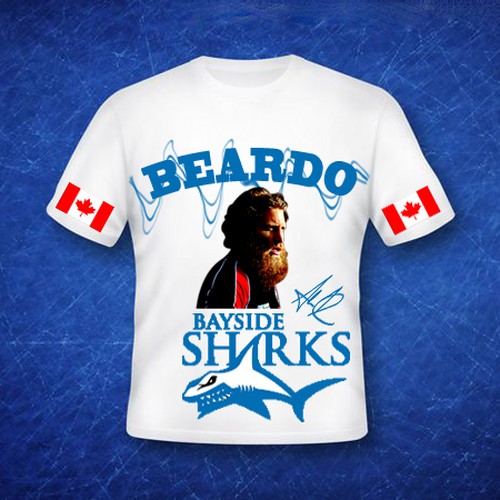 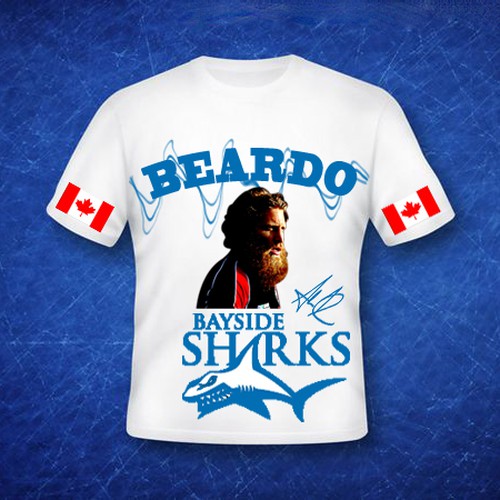 We design and produce apparel for sports teams, schools and corporate clients.

We have a client (a local Rugby Club) that has a former player (Adam Kleeberger ) currently playing for Canada in the Rugby World Cup. They would like a shirt designed that features Adam's enormous beard on the front of the shirt. Adam's signature should also be incorporated into or alongside the design - I have attached a jpg of his signature. Also, the word "Beardo", or one/any of Kleeb's nicknames mentioned here:

should be worked into the design - feel free to decide how.

Also, a maple leaf or some reference to Canada should be included in the design. Im open to whether its an action shot or close up on the face but it should be recognizable that the design is of Adam and his beard.

I would prefer a 1-2 color (if possible) design in order to reduce screenprinting costs, although up to 5 colours would be accepted if the design was eye catching enough, feel free to pick your own ink colour scheme for both print and shirt.

I have attached a photo to show Adams beard but a google image search for "Adam Kleeberger" will turn up lots of photos for inspiration.

**The design must have Adam's beard in it to be considered

I will require a mock up of the design on a t-shirt as well as an image that can be given to our screen printer.

The "Bayside Shark Logo.ai" should be placed somewhere on the shirt as well. This is the club logo so it should not be more prominent than the main design. Place it and size it how you feel appropriate. The club colours are navy and light blue but experimenting with the logo colour will be accepted.